Before the arrival of the pandemic, the average daily earnings from sale tickets used to hover between Rs 9 crore to Rs 10 crore. 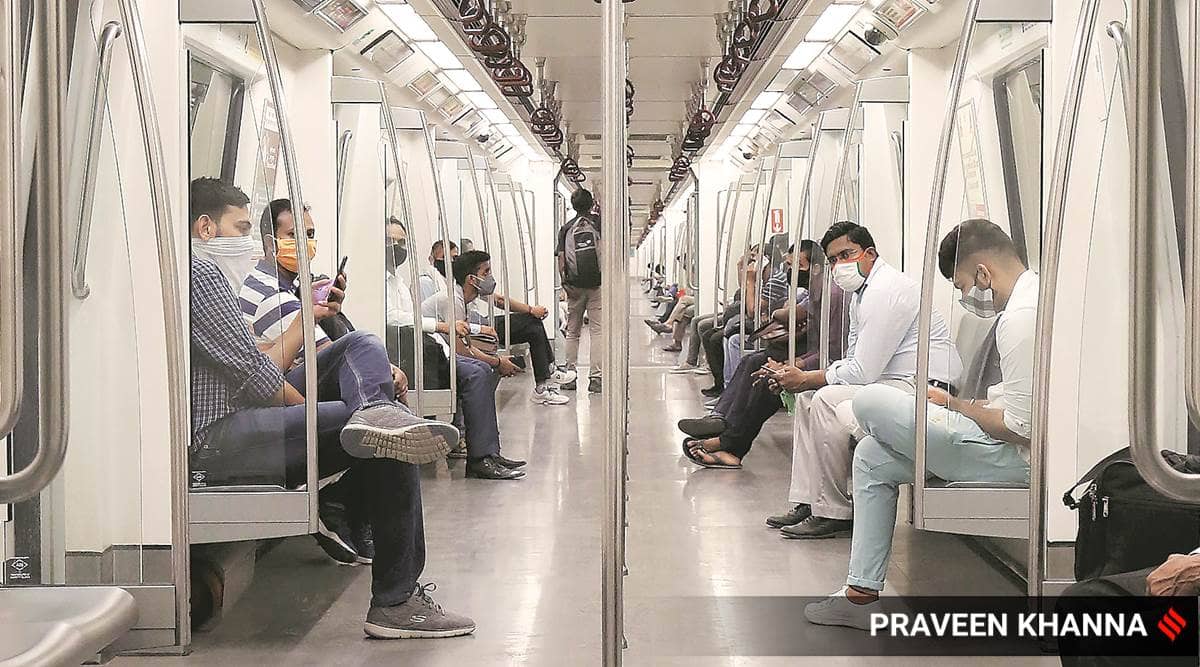 The Delhi Metro, which resumed operations on September 7 after being shut for over five months, has earned approximately Rs 6 crore from ticket sales since reopening, according to official records.

The highest single day earning of Rs 1.09 crore was on September 14, two days into the full scale resumption of services. Before the arrival of the pandemic, the average daily earnings from sale tickets used to hover between Rs 9 crore to Rs 10 crore.

The resumption of cash flow holds significance in light of the DMRC’s (Delhi Metro Rail Corporation) loss amounting to Rs 1,609 crore, as shared by the Centre in Lok Sabha on Thursday, on account of suspension of services between March 22 and September 6.

On September 7, when the Yellow Line, which runs between Gurgaon’s Huda City Centre and Delhi’s Samaypur Badli, was opened along with Rapid Metro Gurgaon, DMRC earned Rs 10.06 lakh as revenue from ticket sales from 15,226 commuters.

The earnings rose to 70 lakh when all the lines started operating from 6 am to 11 pm on September 12. It further rose to Rs 1.09 crore on September 14, as over 2.5 lakh people — as against an average of 27 lakh during pre-corona — used the Metro services in what was the first working Monday after complete restoration of usual services.

However, the revenue from ticket sales showed a marginal dip on Wednesday and Thursday with DMRC posting earnings of Rs 99.5 lakh and Rs 94.9 lakh respectively.

Under the new standard operating procedure being followed by the DMRC currently, passengers inside trains are occupying alternate seats, while those standing are maintaining distance.

Consequently, entry is being regulated and only a limited number of people are allowed inside the stations at a time through designated gates.

With the lockdown hitting its finances, DMRC had earlier written to the Centre requesting it to defer the payment of its loan installment for the year 2020-21. It owes Japan International Cooperation Agency, which has so far granted Rs 35,198 crore loan to DMRC, Rs 1242.83 crore in the current financial year, which include principal and interest amounts.

The Centre reiterated its stand in the Lok Sabha on Thursday in a written response. Responding to a query on measures taken by the Centre to tackle a potential impact of loan repayment by Metro operators, it said, “Urban transport is an integral part of urban development, which is a State subject. As per Metro Rail Policy, 2017, financial sustainability during operations of Metro rail system, which also includes debt servicing, is responsibility of the State Government.”

However, it said “no” to a question on whether any such situation has developed due to the lockdown so far.

Is Sabarimala ready for pilgrim season after Kerala deluge?

The music for ‘Tumbbad’ required a lot of experimentation, says composer Jesper Kyd