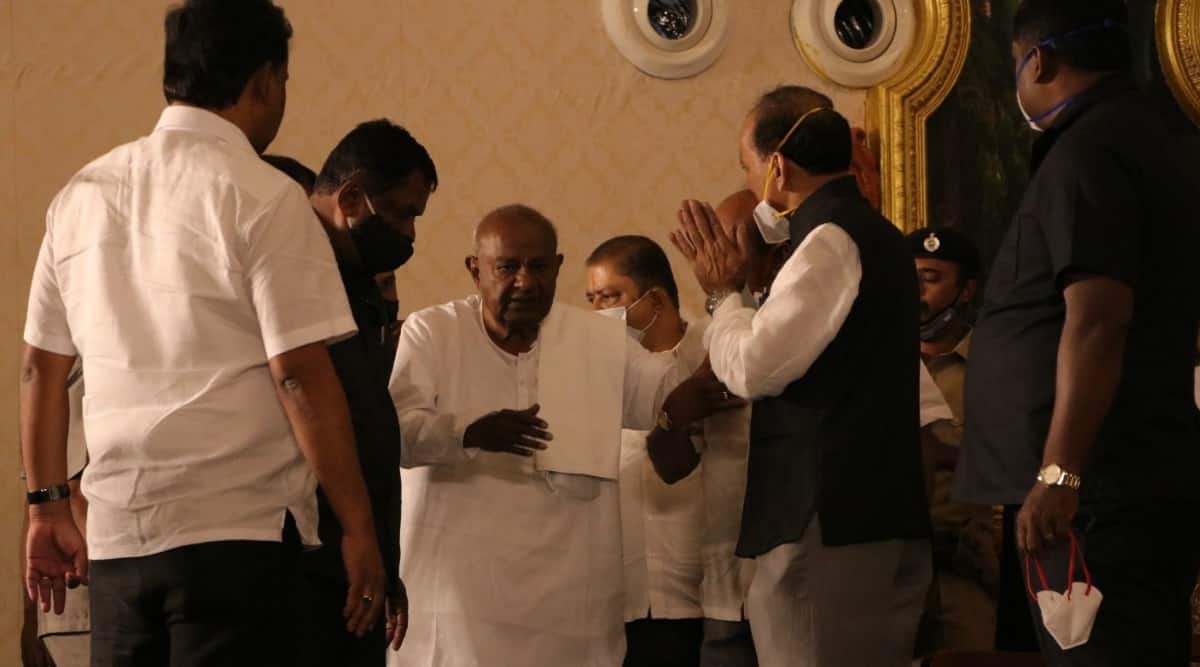 “HDD (H D Devegowda) is a person who has never been vindictive, a quality that is rare among people active in mainstream politics,” says retired Karnataka Administrative Service (KAS) officer K A Thippeswamy.

As HDD and his party Janata Dal (Secular) celebrate the silver jubilee of the party supremo swearing-in as India’s Prime Minister on June 1, 1996, Thippeswamy goes down memory lane and recalled his four-decade-long association with the 88-year-old leader, both in Karnataka and in the national capital.

Thippeswamy began his bureaucratic career from Mudigere in Chikkamagaluru district in the 1970s after which his vocational route converged with that of HDD at the latter’s native constituency Holenarasipura in Hassan. “My relation with HDD began around 1976 when I was appointed tahsildar in his native taluk,” Thippeswamy recalls.

“HDD would begin his day with meetings at his residence from as early as 6 am. He would have a set of requests, documents to be looked into for different departments before we (government officials) began work at the office. As he held frequent meetings with officials, he was also familiar with everyone across departments,” said Thippeswamy, who was later elevated as HDD’s private secretary when he was made PWD and Irrigation Minister in the Ramakrishna Hegde-led cabinet in 1983.

With several irrigation and development projects underway then, Devegowda’s experience of being the Chairman of the Public Accounts Committee and his interest in rural development helped Karnataka come a long way, Thippeswamy believes. “No senior officer could take him for granted and he would always hold each person accountable for duties they were asked to do.” 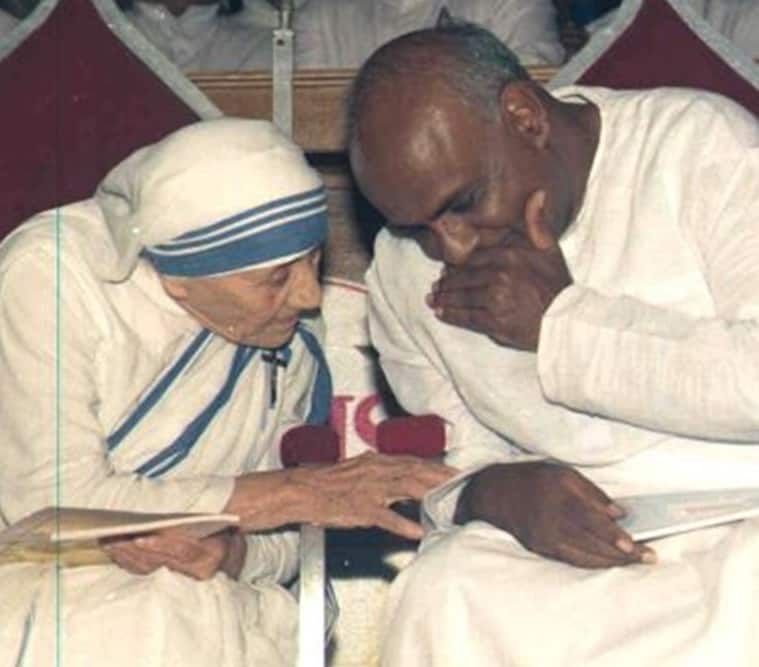 Popularly known as Mannina Maga (son of the soil), Devegowda served as Prime Minister for just 18 months. As PM, he largely had the same routine that he followed at the Chief Minister’s Office to the Prime Minister’s Office, Thippeswamy says. “HDD’s habit of being immersed in files throughout the day and taking informed decisions in a swift manner continued. He even chose not to travel back to his residence to break for lunch which was unprecedented,” the former bureaucrat who was then picked as HDD’s additional private secretary for his 10-month-long stint as PM.

The PMO back then had frequent visitors from Karnataka, Thippeswamy recollects, as it was the first time it became accessible to them. “Over 400 people from Karnataka took flights to Delhi to attend his swearing-in ceremony which was planned quickly. Visitors from the state would reside at Karnataka Bhavan, take a tour of the national capital, and hold courtesy calls. However, mostly at the office during the day, HDD and our team were known to be different from our predecessors and successors by not evoking a bulldozing attitude which was normal then,” he remarked.

HDD’s choice to be in jubba and dhoti had taken several international delegations by surprise. “Among those who were vocal about such an impression was Ronald H Brown (then US Secretary of Commerce). While he expressed delight in seeing an Indian PM in traditional attire, he also complimented HDD of how his vision was contemporary and novel and how he could become a frontrunner in bringing an all-round development to the nation,” Thippeswamy says. While HDD was particular that protocols were followed while officials from other nations were hosted, he adds, the then PM would also take a moment to make guests feel at home with his comforting attitude.

“The team’s spell at the national capital might have been very short but something that many still would like to remember fondly, I have been told at several instances, to date,” Thippeswamy says.

Fast forward to the latest electoral appearance the JD(S) supremo made after several ups and downs in his political career, Thippeswamy reveals that HDD was “visibly upset” over his loss in the 2019 Lok Sabha elections from Tumkur.

“He was worried and was not ready to be nominated to the Rajya Sabha later. To date, with the Covid crisis still looming over our heads, leaving the agrarian sector in utter neglect, HDD reiterates that he should have been in Lok Sabha instead to vociferously represent the farmers at the corridors of power,” Thippeswamy suggests.

Now a member of the Karnataka Legislative Council from JD(S), Thippeswamy suggests HDD is a living example for those aspiring to be in politics. “One should know the roots well, be a representative of the common citizen, be humble, and should sign up to be a workaholic. With no prejudices based on seniority, the ability to accept novel ideas from even budding personalities and to not hesitate in admitting mistakes, attitude, agility, and simplicity matters a lot,” he concludes.

A-G lashes out at riots, intolerance

These awkward pictures of Ranveer Singh, Malaika Arora and others are not be missed

Diplomatic patience will pay more dividends on the China front