Given the high rate of transmission and spike in the daily number of cases, experts believe that the high incidence of deaths among the patients is a warning sign. 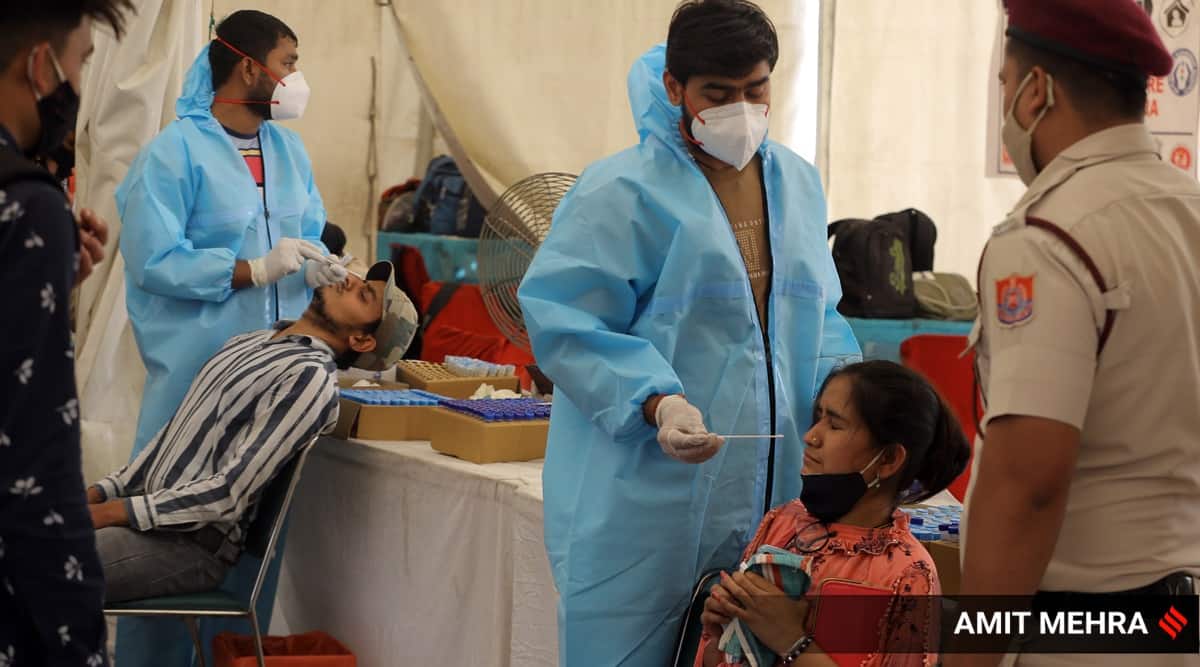 Delhi has reported 69 deaths due to Covid-19 since April 1, a worrying trend which has set the alarm bells ringing for the health experts across the city. The city saw 117 deaths in March and 58 deaths in the month of February. A total of 17,532 new cases have been added to the infection tally over the last five days, as per the data shared by the Delhi government.

On Monday, the city reported 3548 new cases and 15 deaths, taking the total number of cases to 6,79,962. The death toll jumped to 11,096 after recording 15 more fatalities. The infection fatality rate based on the last five days data has been recorded at 0.39%.

Given the high rate of transmission and spike in the daily number of cases, experts believe that the high incidence of deaths among the patients is a warning sign.

Dr SK Sarin, head of the Institute of Liver and Biliary Sciences, who was also a part of the Delhi government’s expert committee said “The way the numbers are going up, it is apprehended that it may cross the previous upper limit of the cases. Generally, any such wave lasts for 12 weeks, so it starts at the end of February and we need to be careful till mid May. The only thing we need to focus on is to continue wearing masks and following the social distancing.”


According to the doctors, while most of the cases are mild in nature, it is important to continue monitoring the condition of the patient on a regular basis. Observing a rise in the number of hospitalization cases, the Delhi government on Monday had augmented the number of general beds and ICU beds reserved for the Covid-19 patients.

Dr BL Sherwal, medical superintendent of Rajiv Gandhi Super Speciality hospital said “There has been a rise in the number of deaths over the last few days. Around three-four deaths have been recorded each day in the last few days. While most of them belonged to the older age group, there were a few in the age between 30-35 years.”

Your space: Do the right thing; just deliver on your promises, say Pune residents

Eight govt schools to get a facelift

The Cambridges ‘are on increasingly shaky ground’ on the global stage