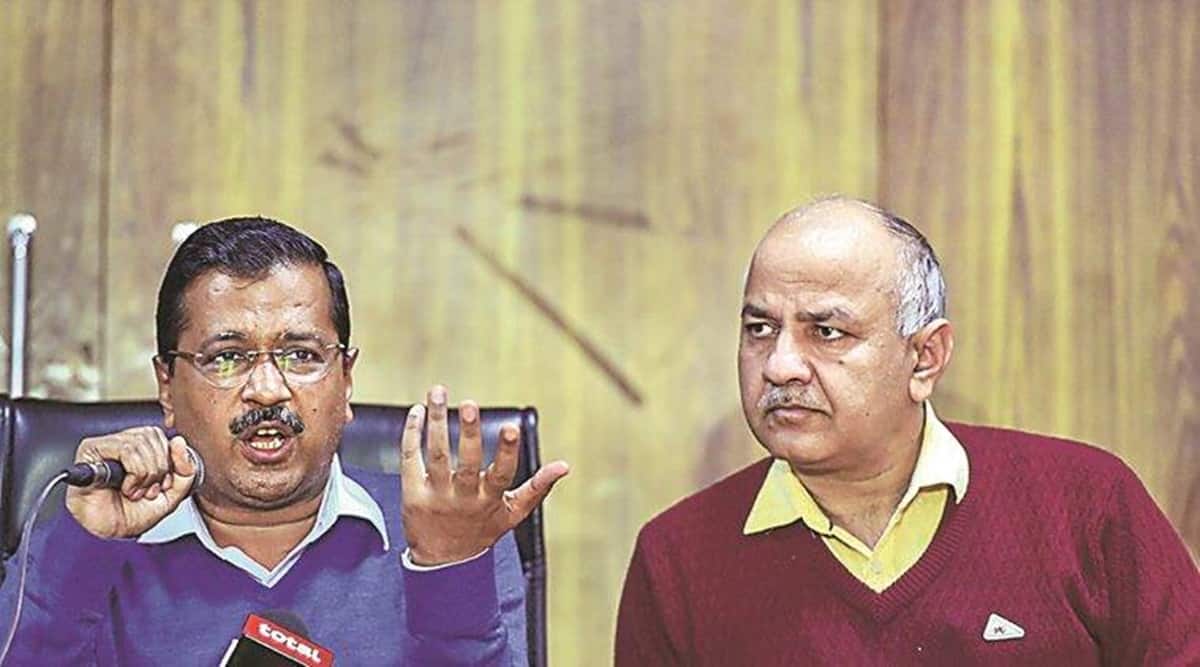 Delhi News Live Updates: Delhi Deputy Chief Minister Manisha Sisodia has said that the Centre was turning a blind eye to the ongoing coal crisis in India despite state governments raising concerns. He was reacting to Union Power Minister R K Singh’s statement that there was no power crisis in Delhi.

This comes a day after Delhi CM Arvind Kejriwal wrote to Prime Minister Narendra Modi seeking interventions for adequate arrangements for coal at power plants and gas to generation plants.

Meanwhile, Delhi recorded 30 new Covid-19 cases, while no fresh deaths were reported in the last 24 hours ending Sunday. Only one Covid-19 death has been recorded in October to date. The current positivity rate stands at 0.05 per cent. Delhi’s infection tally has gone up to 14,39,166 and the death toll stands at 25,088.

In other news, Delhi Police said that there has been a 31 per cent dip in crimes against women and 23 per cent dip in street crimes in Delhi’s Northwest district. According to police, the dip is mainly because of women beat officers who have been deployed on streets and at crime-prone areas every day. An all-women beat was introduced at each police station to patrol the streets in July this year.

The Pusa bio-decomposer solution that is expected to help decompose paddy stubble and avoid burning of crop residue, will be sprayed in farmlands in Delhi from Monday onwards, according to a communication from the Delhi government.

The spraying will begin from the Fatehpur Jat village in Narela. A total of 4,000 acres of harvested paddy fields will be sprayed with the solution which the government began to prepare in September in collaboration with the Indian Agricultural Research Institute. The government is spending around Rs 50 lakh for the solution and for spraying it. The spraying of the bio-decomposer solution is part of the government’s winter action plan.

Nearly three months since the launch of women-centric beats and intensified patrolling in Delhi’s Northwest district, police Sunday said there has been a 31% dip in crimes against women and 23% dip in street crimes in the area. According to police, the dip is mainly because of women beat officers who have been deployed on streets and at crime-prone areas every day.

In July, the Northwest district had introduced an all-women beat at each police station to patrol the streets two to three times a day on bikes and police vans. This was done to ensure safety of women in the area and curb crimes against women.

Senior officers deployed 46 women constables in sensitive areas and asked them to conduct house checks, patrolling, and conduct surveys at high footfall areas such as parks and malls. Most of these constables were earlier working at public facilitation desks. The constables were also provided with two-wheelers and vans to help them in patrolling.

Two persons were arrested by Noida Police for allegedly targeting people on a dating application and robbing them.

According to police, the accused — Deepanshu Chaudhary alias Deepu and Amit Singh — were arrested after a brief encounter in Sector 62 on Sunday evening. They are involved in multiple incidents of chain snatching and loot, said police.

“We have been carrying out operations to curb street crime. A barricade was set up in Sector 62 and we found two accused driving a motorcycle without a registered number plate. We intercepted them but the duo opened fire and we fired in self-defense. One accused received injuries and was rushed to a hospital while the other man was arrested. We are ascertaining their criminal history,” said Ranvijay Singh, ADCP, Gautam Budh Nagar.

Following a meeting with officials of the Power Ministry and power discoms BSES and Tata Power, Union Power Minister R K Singh Sunday stated that there was no “crisis” regarding power supply in Delhi,

This came a day after Delhi Power Minister Satyendar Jain warned that the national capital could face a blackout in the next two days and equated the coal shortage to oxygen being in short supply during the second Covid wave.

As power demand recovered faster than expected, the country’s thermal power plants are struggling with critically low supplies of coal. As many as 104 thermal plants, with capacity of 126.8 GW of the total 135 thermal power plants in the country, are currently classified as having “critical” or “super critical” levels of coals stock for up to a week. A total of 72 plants with a capacity 89.5 GW have coal stocks of three days or less against the government’s guidelines of stocks for 14 days.