The incident took place at Khera village in Shahdara and police said the two families have been fighting regarding the issue for over a year now. 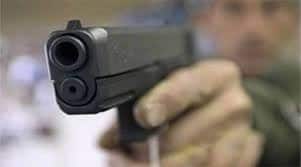 A 35-year-old man was shot dead while his relative was injured following a fight over rearing pigs at Khera village in Shahdara.

Police said the two families have been fighting regarding the issue for over a year now. At 1 am on Monday, members of one family fired multiple bullets at the victims, killing one and injuring another.

According to police, a man named Sandeep Chandoliya owns a meat shop in Farsh Bazaar and rears pigs near his house at Khera village. Vicky, a resident of the village, lives near the land where Sandeep keeps his pigs. The two men and their families have been fighting over it for a year. Last year in April, FIRs were registered by both the families after a fight.

On Monday, at around 11 pm, Sandeep and Vicky again started fighting over the same issue.

R Sathiyasundaram, DCP (Shahdara), said police at GTB Enclave police station received information about it and sent a patrol staff to the spot. The police pacified both the parties and sent them home.

However, two hours later, Sandeep’s relatives Vikas Lal (35) and Suresh were injured after Vicky and his brother fired multiple bullets at them.

“We received a PCR call about the firing. Vikas sustained bullet injuries and died at GTB hospital. His cousin, Suresh, was shot in the abdomen and is undergoing treatment,” the DCP added.

Based on Sandeep’s complaint, a murder case was registered and crime teams were called to the spot. Police have apprehended Vickey and his brother Rocky from Khera village.

Game of Thrones 8: Daniel Portman aka Podrick Payne says he was groped by fans | Bollywood Life