Mavala, India’s biggest Tunnel Boring Machine (TBM), has been at work 20 metres – the height of a 5-storey building – under Priyadarshini Park at Nepean Sea Road for nearly a month. 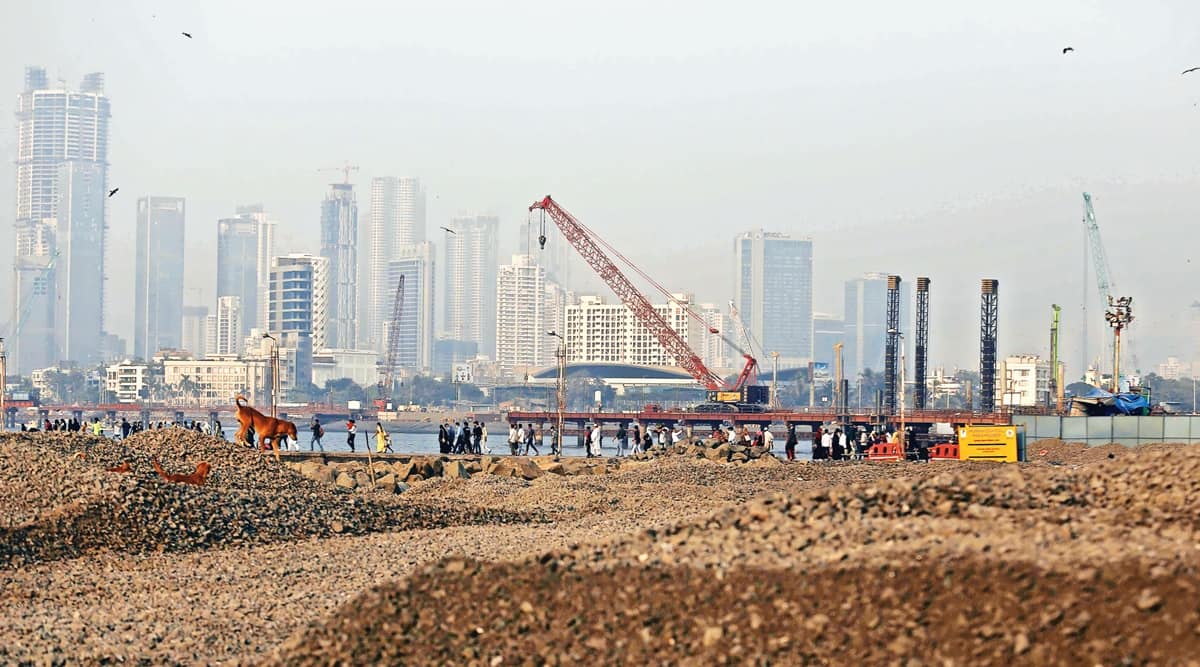 The coastline at the southernmost tip of Mumbai is changing at the speed of 3 metres per day under one of the biggest green recreational open spaces in the city.

Mavala, India’s biggest Tunnel Boring Machine (TBM), has been at work 20 metres – the height of a 5-storey building – under Priyadarshini Park at Nepean Sea Road for nearly a month.

From there, Mavala, named after the infantry warriors in Shivaji’s army, is burrowing metre-by-metre under Malabar Hill, towards its main challenge, an undersea portion aligned to Marine Drive, as part of the Rs 12,721crore Mumbai Coastal Road project.

The project, consisting of a tunnel, a road, and an interchange, aims to connect South Mumbai to the Worli end of the Worli-Bandra Sea Link through a high speed corridor.

The country’s first undersea tunnel is actually a set of twin tunnels, one for each traffic carriageway. The length of each is 2.07 km from Priyadarshi Park to Chhoti Chowpatty at Marine Drive, close to the landmark Chowpatty beach at Girgaum.

From January 11, when Chief Minister Uddhav Thackeray inaugurated Mavala, the TBM has so far drilled 30 metres of the tunnel deep under Mumbai’s most expensive real estate. The TBM of diameter 12.19 metres is said to be the biggest machine of its kind in the country. It weighs 2,300 tonnes, and is 80 metres long.

About 50 metres of the TBM is still in the launching shaft where the staff of L&T, labourers and engineers, are at work. Officials at the site said that in another fortnight, the TBM would have burrowed enough to disappear into the tunnel which it is drilling.

Priyadarshini Park was developed on reclaimed land, and 80-100 metres of the park falls in the intertidal sea area. The tunnel will meet the sea on the other side of Malabar Hill, at Walkeshwar. From there, it will hug Marine Drive under the sea for about half a km, before opening to a connecting road overland, 4 km to Nariman Point. At the Priyadarshini Park end, the tunnel will connect to a road to Haji Ali.

The project is set to change the coastline in South Mumbai, which has a long history of reclamation. The road will extend the coast up to 100 metres inside the sea. The BMC has planned to reclaim 111 hectares, 12 times the size of Oval Maidan at Churchgate. Of the 111-hectare land reclamation required for the project, the civic body has completed about 80 hectares.
Officials at the site said the machine can drill up to 10 metres daily, and currently it is boring the southbound traffic tunnel. “It will take about nine months to complete drilling for one tunnel. The TBM will be removed at Chhoti Chowpatty and again transported back to Priyadarshini Park for boring the northbound traffic tunnel. The entire process of completing the tunneling will take about two years,” Vishal Thombare, executive engineer with the Coastal Road department, said.

A huge Slurry Treatment Plant has been set up close to the launching shaft of the TBM. It separates the stones, soil, and water round the clock. At the site, cranes, diggers and dumpers are continuously at work, handling material for reclamation and construction. Hundreds of workers, mostly migrants from Odisha and Andhra Pradesh, are working in two shifts. Work is expected to be complete in July 2023; however, officials hope to be able to get it done sooner, given there are no hurdles such as land acquisition or a shifting of the population.

Additional Municipal Commissioner Ashwini Bhide, who is looking after the Coastal Road project, told The Indian Express, “We need seamless connectivity from the southern tip of the city to the northern side. This project is going to provide exactly that kind of fast connectivity. With this road, in terms of time, there would be an almost 70 per cent reduction. One will be able to reach from Princess Street flyover to Worli in 10-12 minutes with 35 per cent saving on fuel consumption to cover over 10 km.”

She added, “This project will add more open spaces and continuous promenade from Priyadarshini Park to Worli. So far, 22 per cent of physical work has been completed, and most of it was done in the last six to seven months after the court stay was vacated.”