While the average demand for medical oxygen was 15-20 metric tons before the pandemic last year, it has shot up to 105 to 110 MT currently. 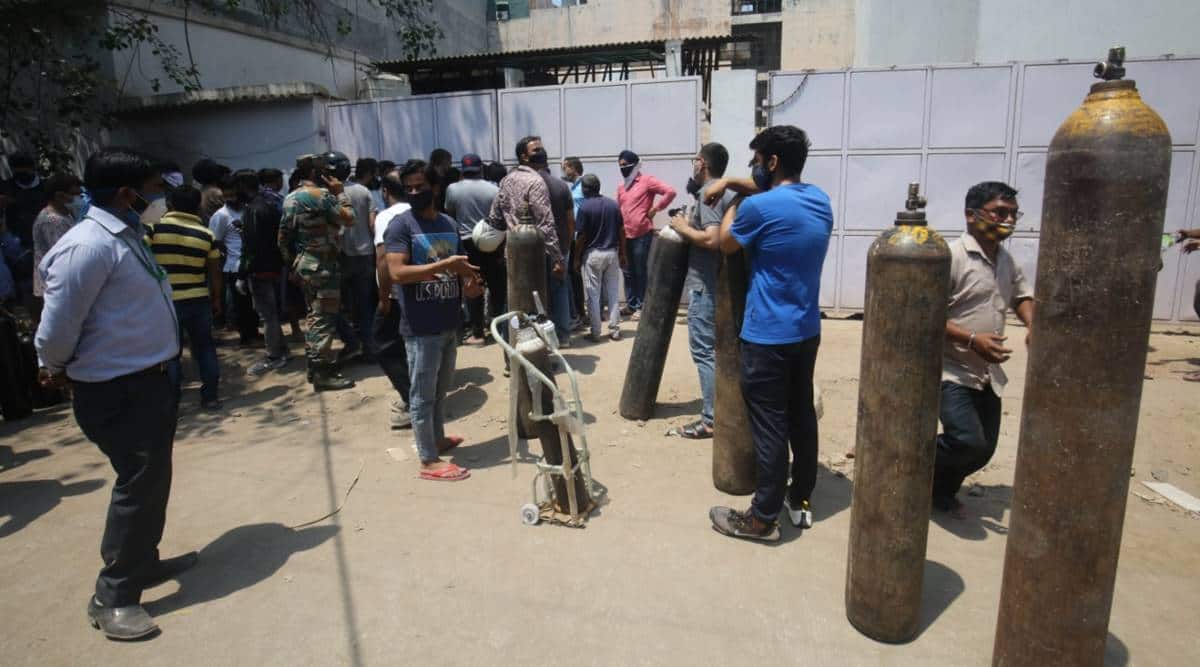 As the state is fearing that the caseload of Covid-19 would go up in the coming week, it may require 150-170 MT every day. While the state has already diverted 50 per cent oxygen being supplied to the industry to the hospitals, concerns are mounting as Haryana has refused supply to other states on the plea that they will first ensure supply to their hospitals.

Punjab gets liquid oxygen supplies from Inox at Baddi, Himachal Pradesh; Air Liquide, Panipat, & Roorkee; and Linde, Selaqui, Dehradun, as there is no Liquid Medical Oxygen (LMO) plant within the state. These units supply 90 MT to the state but with Haryana refusing any supplies, the state had to divert the supplies to hospitals by cutting down on the supplies to the industry.

Punjab’s Minister for Medical Education and Research O P Soni said, “The demand of oxygen has spiralled in the past few days. Our three medical colleges and hospitals in Patiala, Amritsar and Faridkot alone are using 65 MT every day. The situation is going to worsen in the coming days as per the projections of experts. There are 550 Covid patients in medical colleges alone and 75 per cent of these are Level 3. They need a lot of oxygen supplies. We are making sure we have enough supplies. Chief Minister Amarinder Singh has already sent an SOS call to Centre. We are on the top of the situation and are working 24×7. The CM is himself handling the situation personally so that we do not go down the Delhi way.”

The CM had on Wednesday stated that the Central Control Group on Oxygen had allocated 126 MT (including 32 MT from the local ASUs) on April 15. However, the allocation has subsequently been reduced to 82 MT from the week of April 25. He had said that this allocation would be grossly insufficient to meet the demand. Further, the Central allocation control room has clubbed allocation of Punjab with the Union Territory of Chandigarh (22MT) which further reduces the allocation for Punjab. He had demanded an allocation of 120 MT daily from the Centre.

To reduce dependence on other states for oxygen, the state has given an approval to Inox company to set up an oxygen plant at Rajpura on war footing. This plant will be supplying 30 MT to the state. For now, the demand is currently fulfilled by the manufacturers, refillers, ASUs of the state and PSA plants in few of the districts, both in government and private sector.

Soni said the Centre had approved two Pressure Swing Adsorption (PSA) plants for Punjab two months ago for Government Medical College and Hospitals (GMCHs) at Patiala and Amritsar. “Although they will have very little generation capacity, the Centre should have initiated setting up of these plants by now. The CM has now sent them reminders.”

Curbing open urination is next step

A different test to assess students

Govt response to the pandemic was right

Savyasachi teaser: Naga Chaitanya plays man with ‘alien hand’ but with a twist