According to the Vadodara Municipal Corporation (VMC), the death toll has sharply risen over the last week, with maximum deaths being recorded in the age group of 51 to 70 years. 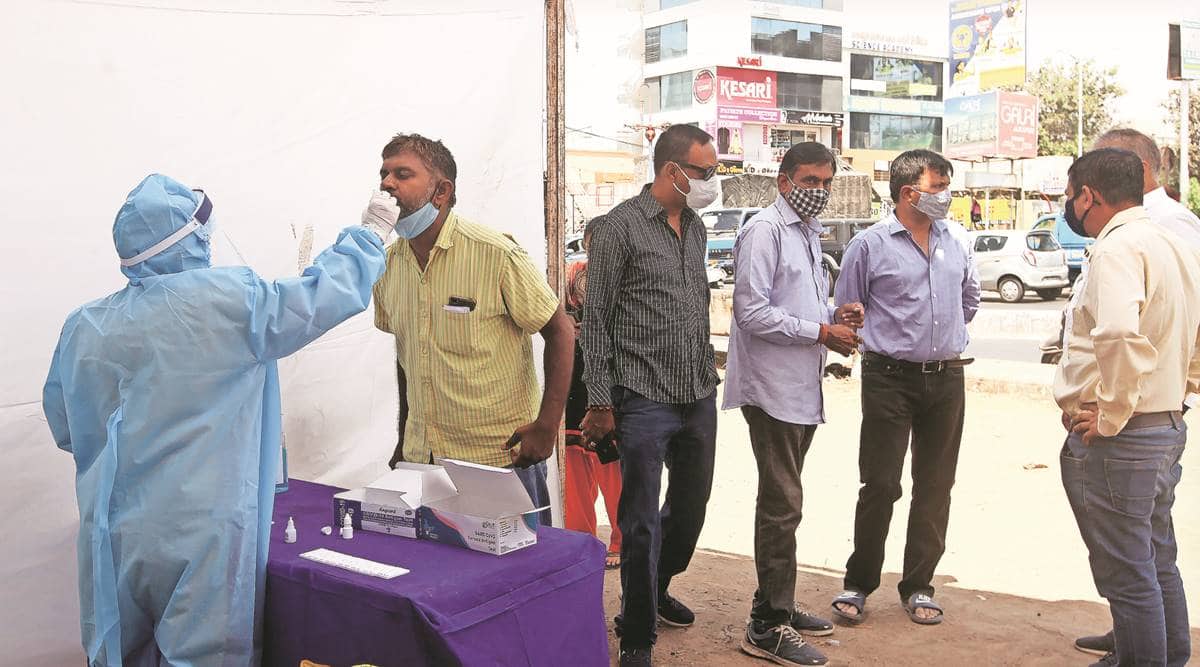 The rise in the number of Covid-19 cases and hospitalisation has been steep in Vadodara in a week from April 21 until Tuesday — with 4,157 new cases.

According to the Vadodara Municipal Corporation (VMC), the death toll has sharply risen over the last week, with maximum deaths being recorded in the age group of 51 to 70 years.

From March 1 to April 1, despite the rising cases, the number of positive cases was 4,034 while 8,566 cases were added over 21 days from April 1. From the official toll of 241 on March 1 (since the outbreak of the pandemic last year) to 251 on April 1, VMC recorded only 10 official Covid-19 deaths in one month. Between April 1 and 21, over a period of three weeks, Vadodara declared 51 deaths but in a span of one week from April 21 to 27, the civic body has declared 48 more deaths, taking the total toll to 350.

On Tuesday, the VMC recorded a new single-day high of 767 cases taking the tally to 41,593 while it declared nine more Covid19 deaths. The official death toll in Vadodara city and district has reached 350 — a rise of 48 in a week. Mortalities that do not classify as Covid-19 deaths during the death audits are not counted.

Hoowever, crematoriums have been witnessing over 120 cremations in a day and burial grounds over 20 burials.

An official of the health department says, “The mortality is high because the number of patients is high and also admissions. Lot of patients come to hospitals once they are in a critical condition. Many have comorbidities that are seen as the primary cause of death and not Covid-19.”

Vadodara currently has 1,0519 hospitalizations of which 1,115 patients are on ventilator beds while 1,374 people are in ICU and 4,804 patients are on oxygen support. These include positive and suspected Covid cases from Vadodara district as well as outside.

Dr Sheetal Mistry, advisor to administration for Covid-19, says, “At present, we are witnessing rapid hospitalisation from states of Maharashtra, Madhya Pradesh, Rajasthan and we also have a few patients from Bihar. We are witnessing an influx from 22 districts in the state… Vadodara has been able to create an infrastructure to ensure that we are able to admit close to 300 patients even in this peak.”

Doctors say that early diagnosis and hospitalisation can help reduce the stress faced by critical care hospitals. Dr Vrajesh Shah of Viroc hospital, which has a Covid-19 care centre, says, “Early diagnosis, early treatment and early admission can surely become the mantra to curb severities of Covid… The encouragement for home isolation has given people a false sense of recovery without conducting thorough investigations. On day four, many patients turn critical and panic to find ICU beds. Instead, they should be encouraged to seek timely treatment.”

According to Dr Mistry, who is also overseeing the home isolation program of the VMC titled Sanjeevani Abhiyaan, home care requires continuous monitoring and is actually more tedious than hospital admissions. “The plan for Sanjeevani Abhiyaan is to attend to mild cases and we have achieved a lot of success…,” Mistry says.

Contradictions within Congress: Hooda mum, Selja says ‘we are what we are because of party’

Wet spell for the next 5 days in Tamil Nadu, Puducherry