The 72-year-old leader has, however, tested negative for Covid-19, hospital authorities confirmed. Leader of Opposition in Karnataka Legislative Assembly and senior Congress leader Siddaramaiah was admitted to a private hospital in Bengaluru on Tuesday after he was diagnosed with a high fever.

The 72-year-old leader has, however, tested negative for Covid-19, hospital authorities confirmed.

“Currently he is stable and is being appropriately investigated and treated by a team of medical experts,” a statement from Manipal Hospitals, Old Airport Road said.

According to sources close to the Congress Legislative Party (CLP) leader, Siddaramaiah is expected to remain in the hospital for at least two more days. “He had complained of high fever on Monday night after which he was taken to the hospital. After undergoing a thorough checkup as advised by the doctors, a second Covid test was also done to confirm he was negative,” sources told Indianexpress.com.

The former Karnataka CM had tested positive for Covid-19 in August last year, days after CM BS Yediyurappa contracted the infection for the first time then. He had recovered from the infection and was discharged after nine days, on August 4.

Siddaramaiah had, on April 29, received the second dose of the Covid vaccine at Victoria Hospital in Bengaluru. He was inoculated first at the same hospital on March 15.

Vijay Deverakonda changes his name! To what?

Man kills relative and self in A.P.’s Pulivendula 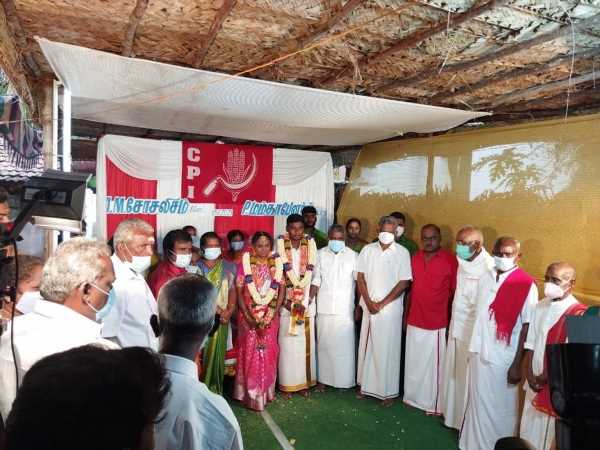 Man kills relative and self in A.P.’s Pulivendula