Yashwant Sinha was speaking at a media briefing at Gandhi Bhavan in Pune, which was the first stop of his ‘Gandhi Shanti Yatra’ after it was flagged off by NCP chief Sharad Pawar at the Gateway of India in Mumbai. 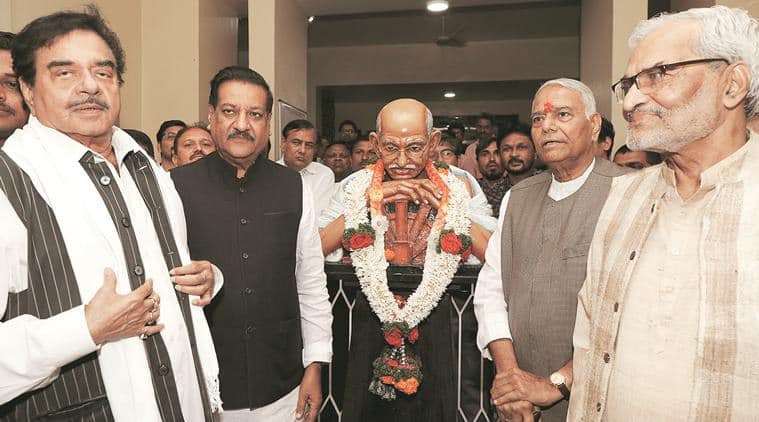 Hitting out at the BJP-ruled Centre for “suppressing” peaceful protests, former Union minister Yashwant Sinha on Thursday termed the Citizenship (Amendment) Act (CAA) a “black law that will kill this country”.

Sinha was speaking at a media briefing at Gandhi Bhavan in Pune, which was the first stop of his ‘Gandhi Shanti Yatra’ after it was flagged off by NCP chief Sharad Pawar at the Gateway of India in Mumbai. The yatra will cover a stretch of more than 3,000 km across the states of Maharashtra, Gujarat, Rajasthan, Haryana, Uttar Pradesh and New Delhi.

“We all know that there is unrest in the entire country today. Protests and demonstrations are being held because the Centre recently came up with certain decisions that have generated anger among people. The youth came out on the streets, universities became the sites of protests and sadly, peaceful protests are being suppressed, especially in the states governed by the BJP. There is a thought behind this and it is the opposite of Mahatma Gandhi’s thoughts. Hence, we decided that there is a need to remember Gandhi and take his message to the people,” said Sinha.

“After Pune, we will go to Nashik. Subsequently, we will travel through the six states, especially places intimately associated with Gandhi such as Sabarmati and Porbandar. We will terminate the yatra at Rajghat on January 30, the anniversary of Mahatma Gandhi’s assassination,” Sinha said.

The former BJP leader also called on the Centre to repeal the CAA.

“The Citizenship Amendment Bill is not only unconstitutional, but is also a black law which will kill this country… The Home Minister stated in the Lok Sabha that NRC will be implemented nationwide. With both steps (CAA and NRC), the fear among people increased. The government wishes to give this a communal colour. We also wish that the individuals responsible for the recent attacks in JNU are held accountable,” he said.

Sinha also invited people to join his yatra. “There was an overwhelming response at Gateway of India. My address touched on four things — we need to protect the Constitution laid down by Ambedkar, we will not let the country undergo division again, we will not let Gandhi die again and that we are one and will remain one,” he said.

Chavan, meanwhile, said that the Constitution was under threat, and that the NCR, NPR and CAA are “architecturally communal”.

“They are saying that those who they think are intruders will be sent to detention camps. The officials will ask for official papers and documents and those who are not able to present any will be sent to the camps. It is almost similar to the Brownshirts during the time of Hitler,” he said.

Shatrughan Sinha alleged Prime Minister Narendra Modi had lost credibility, and that his speeches are now hollow.
“There is a pressing need for peace right now. Not only is the nation in unrest, the youth is angry as well. They (the Centre) are saying there is no need to have fear and that the people need to trust them. Believe me, NRC ke wajah se anarchy paida ho gai hai (Anarchy has been birthed from NRC)… The issue is not of Hindu -Muslim anymore. The majority is in front of you, there are Hindus, Muslims, Sikhs, Jains, Christians, Parsis, the youth, the elderly, the women and you want to divide them? With this mistake, they have united the country…” he said.

For all the latest Pune News, download Indian Express App

CAA protests: At least 20 detained in Pune over absence of permit to protest

Bringing art to the people

Large-scale mining to return to Chickballapur after nearly 4 years