Kainth had contested the polls against official BJP candidate Rajesh Kalia as Independent and lost by five votes. Kainth has sought time with Shah to tell him the entire politics within the city unit of the Bharatiya Janata Party. 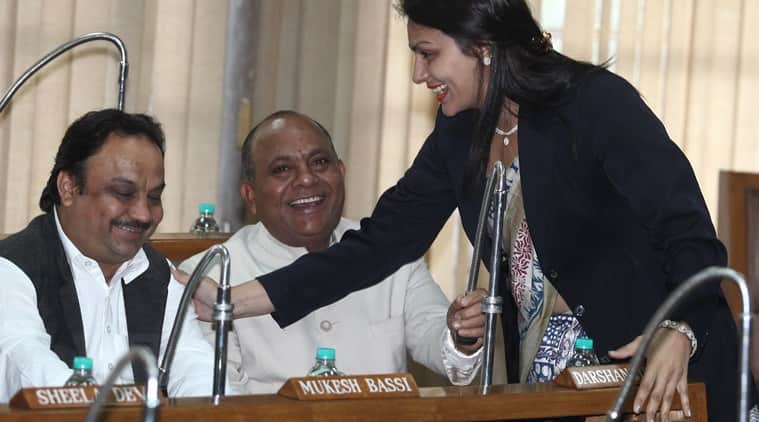 After losing the mayoral polls and being expelled from the Bharatiya Janata Party (BJP), Councillor Satish Kainth has written a fresh letter to Prime Minister Narendra Modi, also addressed to party president Amit Shah and general secretary (organisation) Ram Lal telling them that “internally maximum senior leaders were with him” during the elections.

Kainth had contested the polls against official BJP candidate Rajesh Kalia as Independent and lost by five votes. Kainth has sought time with Shah to tell him the entire politics within the city unit of the Bharatiya Janata Party. ”I am a hard worker, elected BJP Councillor and again writing to you after the mayoral election. Whatever is happening, is wrong for the party and being done by the city BJP chief and others. Chandigarh is undergoing a very shameful situation…,” the letter written by Kainth states. He adds, “The party councillors crossed seven to eight votes. Internally, maximum senior leaders were with me. After this Sanjay Tandon (city BJP chief) constituted a committee to probe the cross-voting. The committee comprises Councillor Ravi Kant Sharma who was also a voter in the election and this means that he has already got a clean chit from the party in advance.”

Kainth concludes that their party is losing image in Chandigarh due to all these activities and there are many more important things which “I want to tell you personally.” Reacting to Kainth’s letter, Tandon said it is anybody’s prerogative to write a letter. “A person is expelled for contesting against the official candidate and then he is crying foul. It means that the same forces are using him that voted in his favour. And he is trying to pay back by writing this letter. The whole city knows who is inspiring him.”

BJP’s official’s candidate Rajesh Kalia, 46, had won the mayoral polls. After the results were out, Bharatiya Janata Party had announced that Kainth is expelled from the party. Kalia had secured 16 votes out of the total 27 polled. As Congress had extended its support in favour of Kainth, the BJP had found that five votes were crossed and a committee was constituted to submit a report. The report is yet to be submitted.

For the first time, homes of 500 villagers in Velhe taluka to be lit up

‘Godard is never of the past’