The holiday home set up in early 1960s was being run by a society that was headed by former Lieutenant Governor of Delhi Tejendra Khanna. 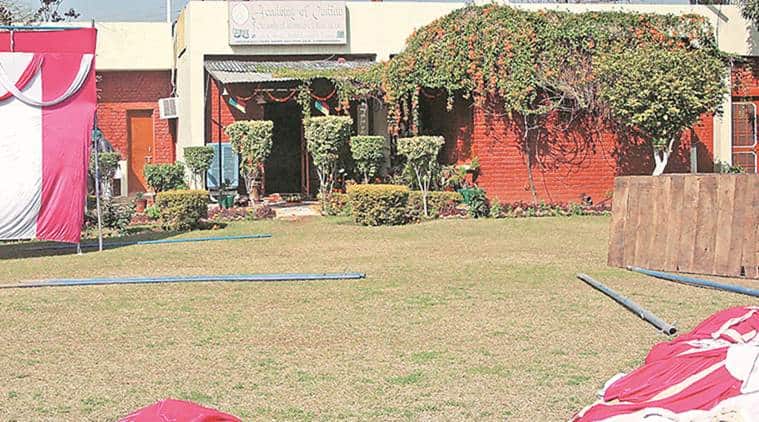 THE CHANDIGARH Administration has decided to take over the management of Indira Holiday Home in Sector 24.

The holiday home set up in early 1960s was being run by a society that was headed by former Lieutenant Governor of Delhi Tejendra Khanna.

Sources said that Khanna approached UT Administrator V P Singh Badnore telling him that he wanted to quit, following which the Chandigarh Administration has decided to take over and is mulling to convert it into an old age home.

In 1960, the holiday home was being run by the Punjab social welfare department. It was being used for multipurpose activities like short stay by children during their visit to Chandigarh, NCC cadets, skill training and other activities on nominal charges. The place at that time was also known for having a toy train for kids.

Speaking to Chandigarh Newsline, former Lieutenant Governor Tejendra Khanna said, “The society was registered in 1966. It was a beautiful building where children would camp. So I discussed with the administrator and we mooted if part of that area could be used for elderly care as well.”

He added, “It was discussed to have a dual purpose there where children interact with elderly and elderly also have an opportunity to interact with kids. It was just to show the children as well what it is to be on the other side. At the same time, elderly in old age home would also feel nice when they see children around.”

Sources said that there was an amount of Rs 2 crore in the society’s account which could be credited to the patient welfare fund.

Officials in the Chandigarh Administration said that the UT Administrator will be the ex-officio president of the society after the take-over and discussions were underway to convert it into a high-end old age home.

A senior officer said, “UT Administration will take over management of Indira Holiday Home and run it as old age home. Governor will be the ex-officio president. In fact, the ex-Delhi LG who was running it decided to quit.”

The old age home will be a high-standard home for elderly on a payment basis. It will be especially for those whose children move abroad and they are left alone here.

The officer said, “The purpose is to have a quality old age home with adjacent medical facilities. It will be a high-standard one but on a payment basis. There are many elderly staying alone after their children moved abroad. We are still discussing the details with the existing management committee and final call will be taken.”

When UT Adviser Manoj Parida was asked about the take-over, he said, “City badly needed a top-end old age home keeping in view the migrated young earners abroad. The new committee will take a final call. It will be an old age home with medical facilities.”

Who is Tejendra Khanna who headed the society

Khanna is a 1961 batch Indian Administrative Service (IAS) officer. He held different administrative positions in Punjab. He was the chief secretary, Punjab, during 1991-92 and conducted the 1992 February elections in Punjab as Chief Election Officer, which brought back an elected government in the state after a long period of President’s Rule.

Immediately on his retirement on December 31, 1996, he was appointed 16th Lt Governor and Administrator of the National Capital and served in this capacity up to April 1998. He again served as Delhi’s 19th Lt Governor from April 9, 2007, to July 8, 2013.