In a letter written to the Union Education Minister, Ma Subramanian said Tamil Nadu should be allowed to fill all professional seats including MBBS, BDS, AYUSH courses on the basis of Class XII marks alone. 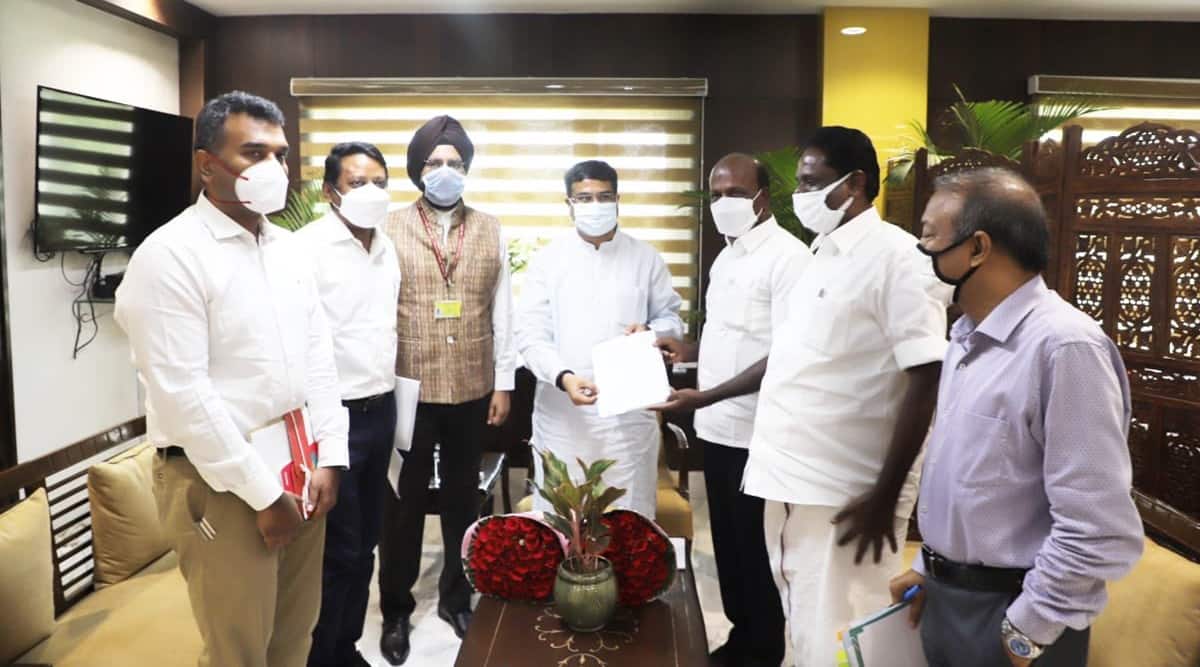 NEET is the qualifying examination for admission to undergraduate and postgraduate medical programmes in the country.

Subramanian, who called on Union Education Minister Dharmendra Pradhan in New Delhi Thursday, said he and other state officials briefed the Union Minister on the fallout of implementation of NEET in Tamil Nadu.

He said Pradhan was apprised of the difference of syllabus between the state board and CBSE, the death of 13 students in the last four years over failure to qualify NEET, and also the report submitted by the retired Judge AK-Rajan-led committee to Tamil Nadu Chief Minister on the impact of NEET.

Subramanian said the Union Minister has assured to review their demands soon.

In a letter written to the Union Education Minister, Subramanian said it has always been Tamil Nadu’s opinion that Class XII marks alone should be the basis for Higher Education admission as the state believes that NEET is unfavourable to rural students.

Subramanian claimed that the majority of the students study in their mother tongue and do not have resources/access to coaching institute.

“The Government of Tamil Nadu had constituted a committee to decide on the evaluation and compilation of marks for Class XII students. Admissions to professional, arts, and science courses in Tamil Nadu will be made on Class XII marks. The above decision has been made keeping in mind the safety of students and also the concerns expressed by a large section of educationalists, teachers, parents, and medical experts,” the letter read.

The Tamil Nadu Minister said their government is of the view that conducting any national-level entrance examination for any professional courses would be detrimental to the well-being of the students and therefore they have urged the Union Government to cancel NEET in the same manner as Class XII examinations have been scrapped by CBSE.

Further, the letter added that Tamil Nadu should be allowed to fill all professional seats including MBBS, BDS, AYUSH courses on the basis of Class XII marks alone.

Union Minister Dharmendra Pradhan took to Twitter and said he explained the Supreme Court’s direction on the matter to the Tamil Nadu Minister. He said to cater to the regional aspirants, the number of languages offered this year for NEET has been increased from 11 to 13 with the addition of Malayalam and Punjabi.

He added that for the convenience of students, four NEET coaching centres — one each in Chengalpet, Virudhunagar, Tiruppur, and Dindigul — have been added.

“Tamil Nadu requires 12 crore doses of vaccines and till Wednesday, the state has received 1,70,38,460. Today (Thursday) morning we have received 91,580 doses of Covaxin. We informed the Union minister that the Union Government’s vaccine allocation to Tamil Nadu is not enough as people of the state are very eager to get vaccinated. Two days ago, Chief Minister MK Stalin wrote to Prime Minister Narendra Modi to make a special allocation of 1 crore vaccines, and we informed the Union Minister about that as well. The Union Minister has assured that they will fulfill our demands, he said he has seen how well the state has been conducting the drive,” he said.

“We have asked the Union Government to review and soon provide permission to start the admission procedure in these 11 colleges to accommodate 1,650 students (150 students per college). He said he will immediately take steps to review the progress,” Subramanian said.

The Tamil Nadu Health Minister has also sought the Union Government to allocate an additional supply of drugs to treat Black Fungus in the state. Currently, there are about 3,988 patients infected by the disease in Tamil Nadu.

Neighbours spoiler: Sonya and Toadie are pushed to breaking point