While the CM constituted a sub-committee on proposed Punjab Land Leasing and Tenancy Bill, 2019 in the Cabinet meeting itself, the decision on the sub committee for draft Punjab Farmers Policy was also kept pending. 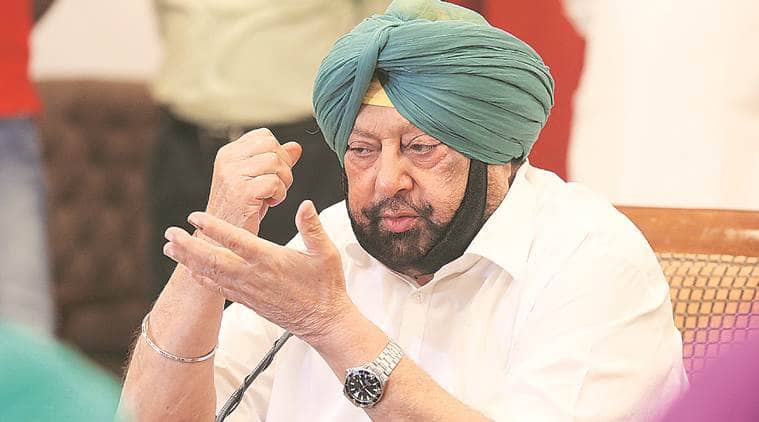 Punjab Cabinet Tuesday shied away from taking a decision on draft Punjab Farmers Policy, which focuses on issues of tweaking the free farm power supply scheme and conserving underground water, with Chief Minister Amarinder Singh deciding to hand it over to a cabinet sub-committee for a detailed study.

While the CM constituted a sub-committee on proposed Punjab Land Leasing and Tenancy Bill, 2019 in the Cabinet meeting itself, the decision on the sub committee for draft Punjab Farmers Policy was also kept pending. The draft has been prepared by the Farmers’ Commission in consultation with various stakeholders.

Free farm power supply in Punjab is a major political issue. It is scoffed at for not only being responsible for overdrawing of water from underground acquifers and hence wasting the precious resource but also for burdening the state exchequer with a fat bill of about Rs 10,000 crore annually. Successive governments in Punjab have not been able to take a tough call on rationalising the subsidy.

Amarinder had been making appeals to his political colleagues and public to save water lest Punjab may go dry as soon as 2029 but the Cabinet on Tuesday also could not sit up and take a decision. The Chief Minister was authorised to constitute a sub committee.

A Cabinet minister told The Indian Express on anonymity that the government was left with a tenure of only two-and-a-half-years. “It has taken us the same time to get the presentation of the policy. It is going to be a tough decision as farmers are a huge vote bank in Punjab and annoying them can cost any government dear”.

Chairperson of Punjab State Farmers Commission Ajayvir Jakhar, during an informal discussion in the Cabinet, gave a power point presentation on the policy.

The policy focusses extensively on farm power subsidy besides talking on water management, livestock development, crop diversification, value addition, common lands, crop compensation fund, governance, merger of departments and ministries to improve livelihoods of those dependent on agriculture on a sustainable basis while preserving the ecological balance for future generations.

As per the draft, the Commission has suggested that the state should frame a State Water Policy to promote and regulate the conjunctive and optimum use of surface and groundwater, rationalize ground water withdrawal to check its un-sustainable use, power subsidy will be strictly restricted to non-income tax payee farmers. Power supply should be metered by subsidizing it at 33 per cent to the farmers owing 4 hectares of land or more. However, subsidy at 66 per cent should be provided to those of them who adopt micro irrigation. The power subsidy so saved should be used for funding agricultural development programmes (50 per cent) and for augmenting facilities in primary health care centers and village schools (50 per cent). Explore options of providing power subsidy as a direct benefit transfer.

It was also suggested to link the free farm power to PM-KISAN scheme beneficiaries as it is extended to only small farmers.

The Cabinet was also suggested that farmers having more than 10 acres should not either be given free power or should only be given free power at a single tubelwell. A number of farmers have over 25 tubewells and are getting free power on all tubewells. They include prominent political families of the state. Unfortunately, these families had not voluntarily denounced free power even after Amarinder appealed to all rich farmers to do so. Amarinder himself refused to take subsidy on his agricultural tubewells.

“The issue is too hot to handle. We did not discuss it,” said another Cabinet minister.

A government statement on the issue said, “The Chief Minister said he had seen the draft and in view of the political implications of some of its provisions, a cabinet sub-committee should be formed to examine the policy and take further decision. The cabinet authorized the Chief Minister for form the sub-committee.”

100 yrs of SGPC: A tumultuous journey of faith & politics

Coronavirus | Another positive case in Assam, count rises to 28