Although Adhikari has kept everyone guessing till date, in his speeches at bannerless rallies he has made his unhappiness over a section of his party leaders clear. 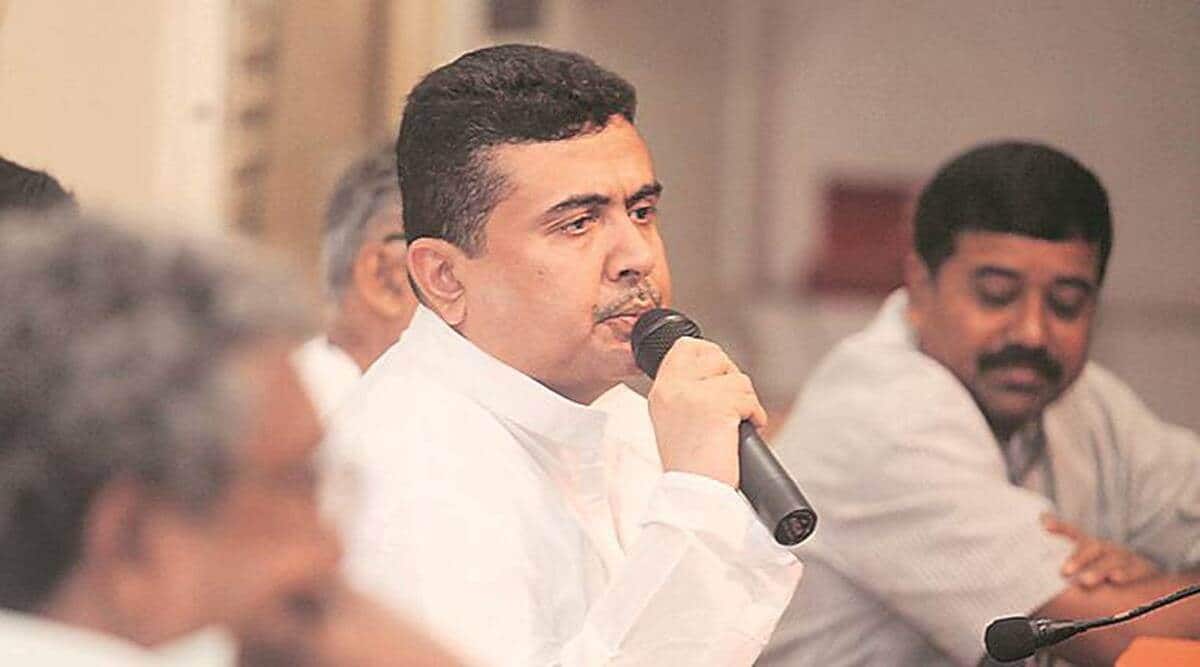 SUVENDU ADHIKARI should not stay with the Trinamool Congress (TMC) for “even a minute longer” and the BJP was “ready to welcome him and give him due respect”, BJP MP from Barackpore Arjun Singh said on Saturday. Singh also claimed that five TMC MPs were ready to join the BJP. The TMC denied the claim and accused the BJP of “spreading lies”.

Adhikari, who is State Transport Minister and among the popular leaders of the TMC, has apparently distanced himself from his party in the recent past. Although Adhikari has kept everyone guessing till date, in his speeches at bannerless rallies he has made his unhappiness over a section of his party leaders clear.

“Cases are being slapped against people who are close to him (Adhikari). Like I was harassed, in the same manner he is also being harassed. Mass leaders cannot be stopped by such harassment. He is welcome in the BJP. The BJP will form government in Bengal next year. When Suvendu Adhikari joins the BJP, this government will fall,” said Arjun Singh.

“Where one is insulted and where ‘Parivarvaad’ is prime, one should leave immediately. I have one thing to say to Suvendu Adhikari. Come to us, the people of Bengal are waiting. He will be given his due respect in BJP,” added Singh.

Singh also claimed, “Five MPs will soon submit their resignations from the TMC. Sougata Roy on camera says TMC, TMC. But if you remove the camera, he will write his name in the list (of those who are set to leave),” added Singh.

“He (Singh) is known to be a goonda by the people. He practices low politics. No one puts value to what he says. The BJP is a communal party. I will leave politics and die before I join BJP. All this is a misinformation campaign spread by the BJP. That is why they are spreading such lies,” said Roy.

“The people are with Mamata Banerjee and Trinamool Congress will emerge victorious in the (2021) Assembly polls. The BJP can go on spreading lies,” said TMC MP Kalyan Banerjee.

‘Not choosing Virat Kohli, will keep Suryakumar Yadav at No. 3’: Ashish Nehra picks his best XI team of IPL 2020

Kareena, Sonam, Katrina love their DOTS!
We and our partners use cookies on this site to improve our service, perform analytics, personalize advertising, measure advertising performance, and remember website preferences.Ok