One of them was Dubey's financer while the other was his close associate who allegedly provided him logistical help. 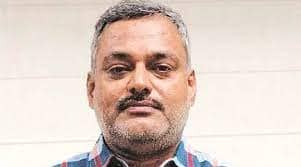 The Kanpur district administration has invoked the stringent National Security Act (NSA) against two aides of gangster Vikas Dubey who are facing conspiracy charges in connection with the ambush in Bikru village on July 3, 2020, officials said on Sunday. Eight policemen were gunned down by Dubey and his henchmen in the attack.

The two charged with the NSA are Jai Bajpai and Prashant Shukla, who are currently in the Kanpur Dehat jail. Bajpai was the financer of Vikas Dubey who was killed in an alleged police encounter a week after the ambush. Five of his associates were also gunned down in separate encounters. The police alleged Bajpai handled the logistics for the ambush. Shukla was a close associate of Dubey, and allegedly provided him logistical help.

“The DM invoked NSA against Jai Bajpai and Prashant Shukla on the basis of the police report,” said ADG (Kanpur zone) Bhanu Bhaskar. He added that the NSA had been invoked against seven accused in the case so far.

Bajpai was arrested on July 20 last year. According to the police, on July 4, a day after the attack, he was supposed to take Dubey and his associates to a safe place but could not.