Bhopal boat accident: Around 20 people were aboard the two boats which were used to transport and immerse a huge idol in the lake for Ganesh visarjan near Khatlapura. 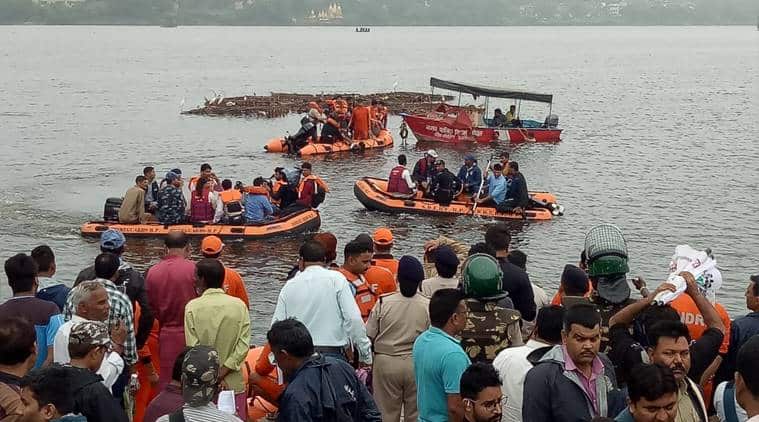 At least 11 bodies were recovered from the lower lake near Khatlapura in Bhopal Friday, after two boats that were being used for Ganesh visarjan capsized. State public relations minister P C Sharma said six people were rescued. Search operations are underway.

A magisterial inquiry has been ordered into the incident. Madhya Pradesh Chief Minister Kamal Nath has assured strict action against the guilty.

Around 20 people were aboard the boats, which were joined, to transport and immerse a huge idol in the lake.

A crane was used to place the idol on the boats.

The state government has announced a compensation of Rs 4 lakh each to the kin of the deceased.

(This is a developing story. More details awaited)

Oppn parties have no cadre in Station Ghanpur: KTR