Addressing a press conference in Chandigarh on Saturday, Rajewal, while pointing out that May 26 would mark six months of the agitation against the three farm laws and as well as seven-year rule of PM Narendra Modi, also said that “effigies of PM Modi would be burnt in all localities and cities”. 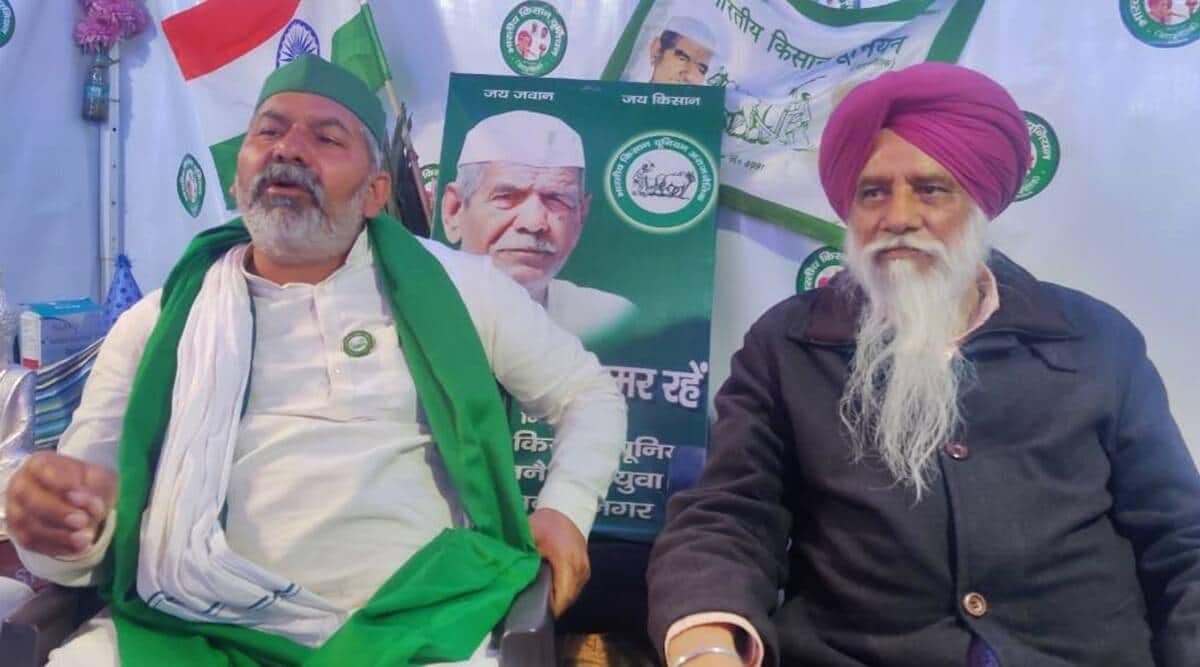 Slamming the BJP-led central government for not initiating any dialogue with Samyukt Kisan Morcha (SKM) since January 22, Bharatiya Kisan Union (Rajewal) president Balbir Singh Rajewal on Saturday gave a call to every section of the society to lodge a protest by putting up black flags on their houses, establishments, shops and vehicles on May 26.

Addressing a press conference in Chandigarh on Saturday, Rajewal, while pointing out that May 26 would mark six months of the agitation against the three farm laws and as well as seven-year rule of PM Narendra Modi, also said that “effigies of PM Modi would be burnt in all localities and cities”.

On Friday, SKM had written to PM to resume discussions with them. The letter read that Centre “chose to turn this into a prestige point and refused to budge….We have so far lost more than 470 colleagues in this movement due to obstinacy on part of your government. Yet the farmers all over the country are determined to continue with the most unique, longest, largest and most peaceful protest that India has witnessed since its Independence”.

The letter asserted that farmers were firm “on their core demands of repeal of the three anti-people farm acts and legal guarantee for every farmer securing MSP” besides “protecting farmers from the adverse impact of the proposed Electricity (Amendment) Bill”.

Rajewal said the country witnessed “economic downturn and unemployment” during the seven-year rule of Modi. “People are angry….After January 22 the government did not call a meeting. It stopped the dialogue. We have written a letter that we are ready for talks,” said Rajewal. “We will make sure that the (BJP) faces defeat in [the upcoming Assembly elections] in Uttar Pradesh and Uttarakhand as we did in West Bengal polls and Uttar Pradesh Panchayat elections,” if the Centre did not budge and did not accept their demands, Rajewal added.

Rajewal also announced that SKM had decided to organise a national convention of farm organisations, after the Covid pandemic ended.

The farm leader said that since May 26 would be Buddha Purnima, followers of Buddha religion had also been invited to address from the agitators’ stage.

Taking exception to a letter by Haryana CM to Centre in recent past in which it said that “Kundli and Tikri morchas were becoming Covid spreaders”, Rajewal said the reality was that all protest sites were well equipped to fight Covid. Calling the arrangements at the protest sites as unparalleled, he said the sites were “regularly sanitised, hot kadhas were served four times a day and medicines like Vitamin A, C and D was available and was regularly administered to the protestors.”

“I openly challenge the government to make matching arrangements in cities and localities,” said Rajewal, while alleging that many of the government health facilities were in shambles. He added, “We have decided to shoot videos of such dispensaries and send to the government.”

Rajewal added, “We have a team of 40 qualified doctors who provide free medical facilities to 40 villages located near the protest sites.”

He also hit out at the Sonipat administration for not starting vaccination drive at protest sites. “We had said that we are ready for vaccination, but even after 20-25 days, no one from the administration visited us,” said Rajewal.

The farm leader said, “People are 101 per cent safe at the protest sites, but when they come out, they get infected, because the government is incapable on handling the Covid situation.” Responding to a question, Rajewal said there was no denying the fact that there was Coronavirus, but added that instead of lockdown which hit the people like rehriwalas and shopkeepers hard, the government should ensure strict compliance of Covid guidelines.

Gurugram, are you up for Aravalli plant mapping?