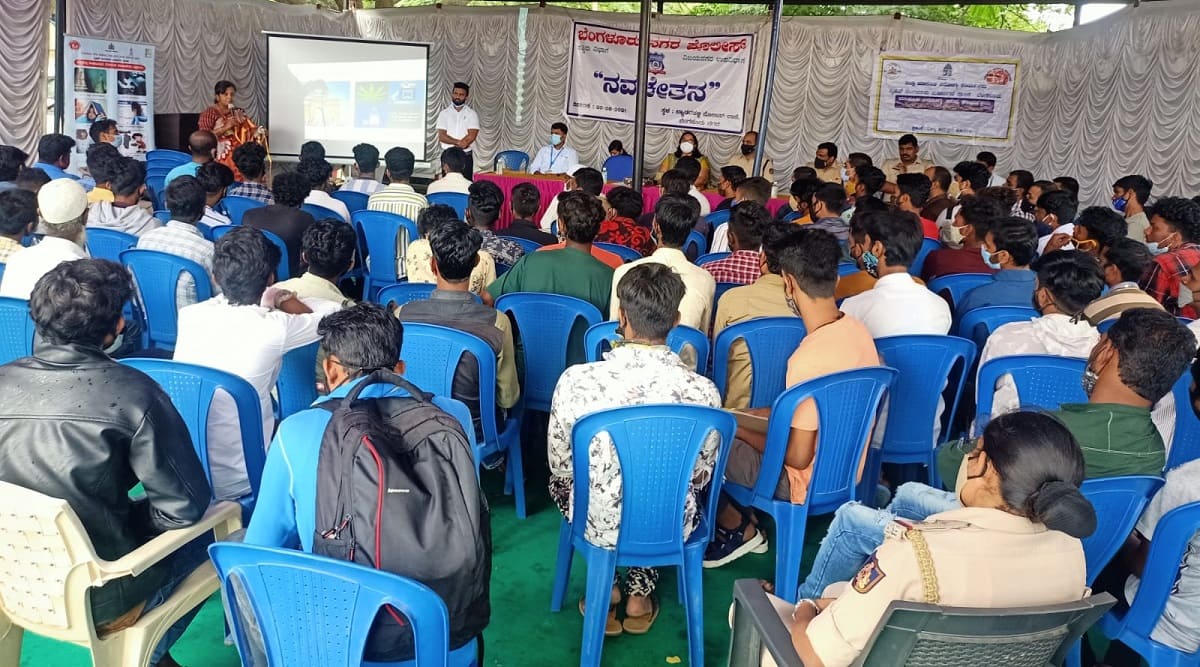 The West division of Bengaluru Police Monday started a de-addiction programme ‘Navachetana’ for drug addicts on a pilot basis. On the first day of the event, around 83 people were in attendance.

In an event held in the Byadarahalli police station in West Bengaluru, people who had previously taken drugs took part in the programme, which was also organised by the city’s civic body Bruhat Bengaluru Mahanagara Palike (BBMP).

Bengaluru West DCP Sanjeev Patil said, “We need to identify drug addicts and bring them out from addiction hence, we have taken up the ‘Navachetana’ initiative where we have initiated full medical check-up followed by weekly monitoring of these persons.”

The west division police have also planned to set up a permanent BBMP counselling centre soon in Byadarahalli police station to help drug addicts. “One nodal officer from each station will look into the progress made by each person. After three months, if we find anyone totally free from drug abuse, he will be made an ambassador for the subsequent editions,” Patil added.

The BBMP’s health department supported the initiative by the police by offering the services of psychiatrists and psychologists to counsel drug addicts. “Karnataka Health department and BBMP have supported our initiative very strongly and have offered their help,” Patil said.

Dr Divya Ganesh Nallur, Senior Consultant Psychiatrist and Addictions Specialist from People Tree Hospital, held an interactive session for the drug addicts and spoke at great lengths on measures for de-addiction. According to police officials, the initiative’s objective is to cut the chain of demand and supply of drugs in the city.

‘Many things we believed turned out not to be completely true’

‘Set up right ecosystem to nudge students towards entrepreneurship’