Aravind alias Lee, who had 14 criminal cases against him, was hacked to death in the referee’s changing room, ahead of a women’s A division league match, in a suspected revenge attack stemming from gang rivalry. 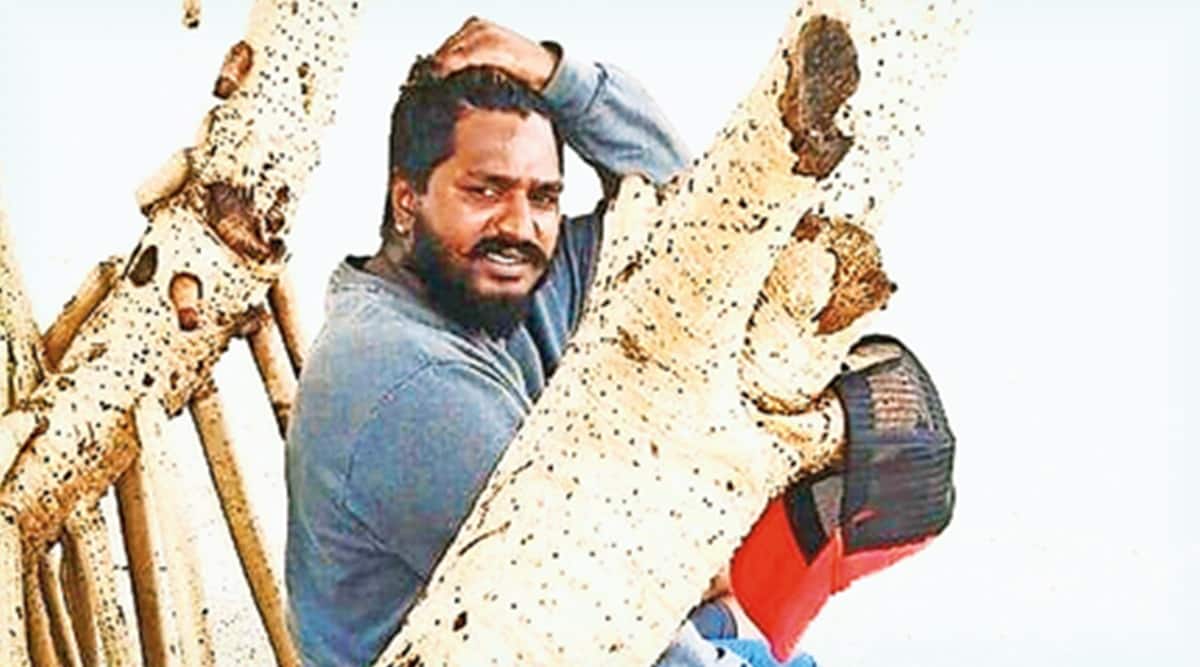 THE 27-year-old who was chased and killed at a football stadium in Bengaluru on September 12 was named in 2018 in a chargesheet over the attempted kidnapping of BJP leader and current minister K S Eshwarappa’s personal assistant N S Vinay, by a gang allegedly hired by N R Santhosh, the then personal assistant of B S Yediyurappa.

Aravind alias Lee, who had 14 criminal cases against him, was hacked to death in the referee’s changing room, ahead of a women’s A division league match, in a suspected revenge attack stemming from gang rivalry. Police sources said no connection has been found to the attempted kidnapping case.

Aravind is accused of having been a hired hand in the May 11, 2017, attempted kidnapping, in which 12 persons, including Santhosh, are accused.

A group of assailants armed with swords first landed at a ground adjoining the Karnataka State Football Association’s Stadium on September 12, where Aravind was to participate in a six-a-side tournament match, as a player and a manager. Aravind tried to escape by running into the football stadium, but was chased, cornered and hacked to death.

Police say the attack was the result of a recent incident in east Bengaluru, where Aravind grew up in soccer-crazy Pillanna Garden. He was involved in “many fights and murders there”, resulting in multiple assault and attempt-to-murder cases, sources said. “Many of the fights were about football. He was recently in jail for attempt to murder a rival and was released in July.”

Aravind and his gang attacked a rival gang recently in east Bengaluru, and they decided to kill him in return, police sources said.

The attempted kidnapping case in which Aravind was named was an aberration in the sense that it was registered in north Bengaluru. A group of persons with criminal records were allegedly hired to kidnap Eshwarappa’s PA Vinay, to recover a mobile phone that reportedly contained material considered important by both him and the rival Yediyurappa group.

The men had rammed into Vinay’s car, on May 17, 2017 evening, and then tried to push him into another vehicle. He had managed to escape by raising an alarm, according to the police case.

Police claimed to have found the involvement of Santhosh, then PA to Yediyurappa, who was in Opposition at the time, and a BJP youth worker, Rajendra U.

According to the chargesheet filed in 2018, Santhosh and Urs hired several accused with criminal records, including Aravind. Police claimed to have found evidence of telephonic links between the main accused and the others.

Santhosh alleged a political conspiracy. However, in February this year, the Karnataka High Court refused to quash the chargesheet against him. The case has not reached the stage of framing of charges as yet in the trial court where the matter is being heard.

Sources said police are likely to come out with the outcome of the probe into Aravind’s murder soon.