Videos and photos of flooded basements and roads took over social media, even as Chief Minister B S Yediyurappa called on BBMP chief Manjunatha Prasad to take action. 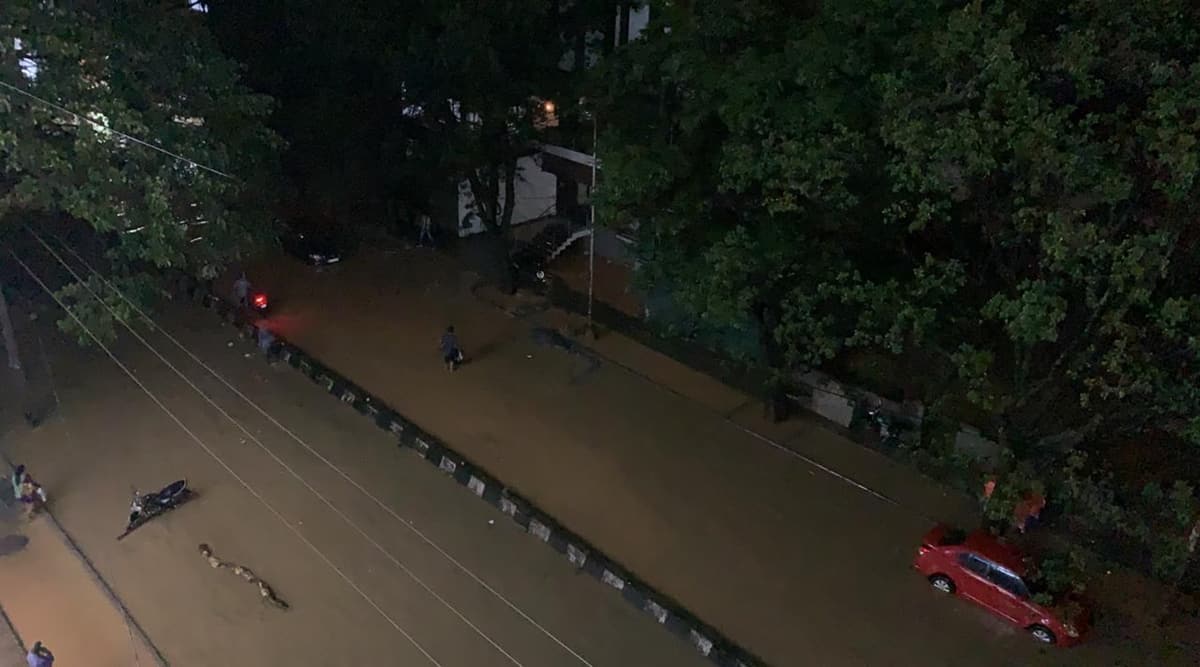 Heavy rainfall in Bengaluru on Friday left parts of the city inundated and brought traffic to a standstill in most areas. According to the India Meteorological Department (IMD), Bengaluru City recorded 13.2 mm of rainfall, followed by Kempegowda International Airport with 7.7 mm and HAL airport with 1.3 mm.

Pourakarmikas (sanitation workers) in Hosakerehalli were pressed into action on Saturday, as solid waste and silt covered the road in ward 161.

With roads and underpasses in several areas waterlogged and garbage overflowing on the streets, angry netizens took to Twitter, berating the administration for poor planning and road infrastructure in the city during monsoon. Videos and photos of flooded basements and roads took over social media, even as Chief Minister B S Yediyurappa called on BBMP chief Manjunatha Prasad to take action.

“Bengaluru’s problem is greed. Bottomless greed of its elected representatives, officials, builders and others. Powerful cartels run the city. It is beyond repair.” (sic), wrote one user.

Noting how sewage had seeped onto the streets following the rains, another user questioned the BBMP’s lack of action and alleged apathy and slammed the administration for not taking any measures during the summer season.

“Once a garden city has converted into a garbage city a long time ago.” (sic), wrote another user.

Live it up: Greater Mumbai debuts at No 3 in Ease of Living survey