The overall positivity rate, which is the number of positive cases against total tests, stands at 4.6 per cent. The graph has, however, risen considerably over the last few days, with the daily positivity rate reaching 8.10 per cent on April 8. 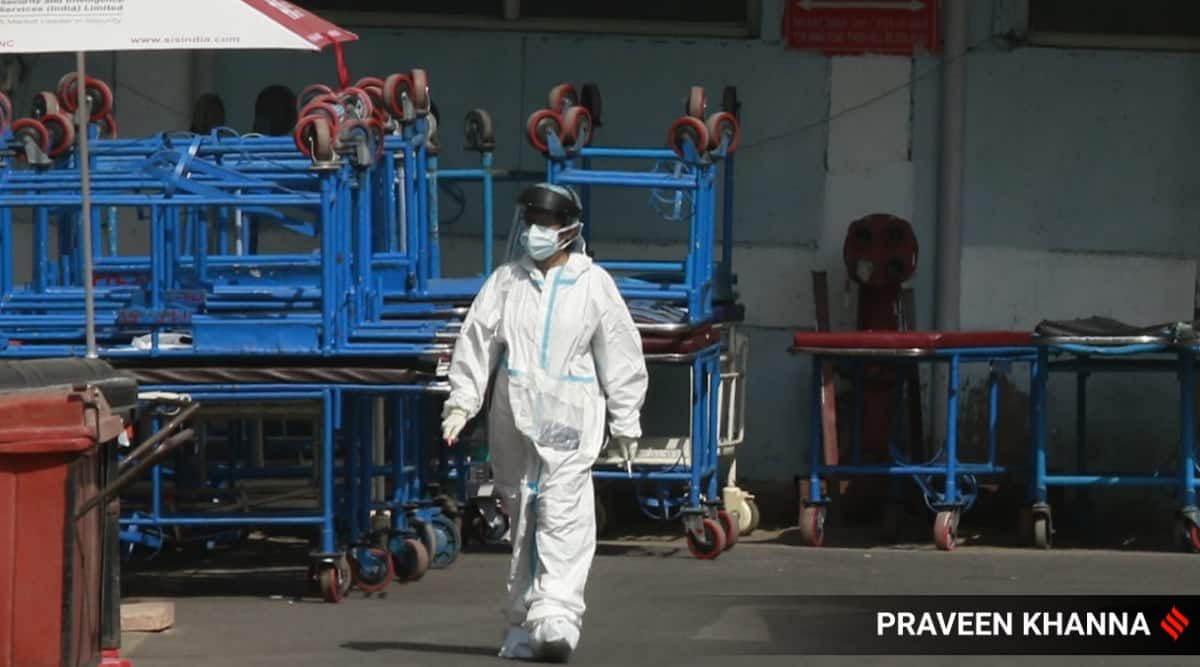 The Covid positivity rate in the capital’s central and southwest districts, home to several densely packed neighbourhoods, has touched 10 per cent, leading to a surge in active cases — 61 per cent of active cases are in containment zones notified by authorities.

The overall positivity rate, which is the number of positive cases against total tests, stands at 4.6 per cent. The graph has, however, risen considerably over the last few days, with the daily positivity rate reaching 8.10 per cent on April 8.

A district-wise breakup of the numbers shows that central has the highest positivity rate at 10.84 per cent, followed by southwest at 10.64 per cent. Northwest and southeast districts have a positivity rate of 9.15 per cent and 9 per cent respectively.

Areas such Karol Bagh, Paharganj, Chandni Chowk and Burari, among the most populated and busiest neighbourhoods in the city, come under the central district. Southwest, on the other hand, is spread over a vast area, having rural parts of Najafgarh as well as the sub-city of Dwarka under its jurisdiction.

In terms of vaccination of people aged above 60, according to data accessed by The Indian Express, 5.96 lakh persons have been vaccinated, of which 1.06 lakh received the shots in west district alone, 83,434 in northwest and 56,338 in southwest district.

The chart showing the active cases confined in containment zones shows that 61.22 per cent of the 26,631 active cases in the city are in notified sealed buildings or housing units. The district magistrates have been directed by the government to ensure that the share does not fall below 50 per cent.

Data also shows that New Delhi, with 48.86 per cent, is the only district that has less than 50 per cent active cases in containment zones. Central has just about 50.03 per cent cases in sealed spots and the share is 51.28 in case of east district, which shares a boundary with Noida.

In a meeting of the Delhi Disaster Management Authority (DDMA) on Friday, a decision was taken to further strengthen the “testing, tracing and treatment strategies with focus on micro-containment zones and hotspots”. Delhi has 4,768 containment zones currently, with the majority of them small affected units of a locality or a building.

The Union Health Ministry guidelines state that the objective of cluster containment is to break the cycle of transmission and decrease the morbidity and mortality due to Covid-19. At the containment zones, a stricter lockdown and surveillance mechanism are mounted by the administration for tracing and isolating Covid cases and curbing its spread.

Ayushman Bharat to be rolled out on Sep 23

Exclusive: Salman Khan to shine in GOLDEN hues at the Bigg Boss 12 launch – find out how

Colin Farrell defends use of N-word in new film ‘Widows’