On special request, a parcel cargo train running from Ludhiana to Bandra Terminus, made an unscheduled halt at Phalna station near Ajmer to procure frozen camel milk and powder from a supplier in Rajasthan. 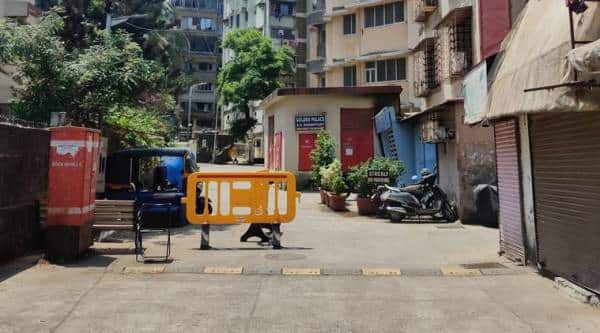 A group of citizens, including an IPS officer, joined hands along with the Indian Railways to ensure the supply of camel milk procured from Rajasthan to a Mumbai-based three-and-a-half-year-old autistic child. The child needs camel milk as part of his diet since he can hardly eat other foods and is not able to digest cow, goat or Buffalo milk

On April 4, Chembur resident Neha Sinha had tweeted to Prime Minister Narendra Modi, “Sir, I have a 3.5 years old child suffering from autism and severe food allergies. He survives on camel milk and limited quantity of pulses. When lockdown started, I didn’t have enough camel milk to last this long. Help me get camel milk or its powder from Sadri (Rajasthan).”

Soon, the tweet received widespread response from citizens and caught the attention of Arun Bothra, an IPS officer from the Odisha cadre. In turn, Bothra contacted Tarun Jain, Chief People Transport Manager of North West Railway, to seek ideas on transporting frozen camel milk from the supplier in Rajasthan to Mumbai.

“The supplier said he could send the milk to Phalna station since it was the closest. But that station was not a scheduled halt. For the purpose of collecting the milk, we opened the goods booking counter at the station. We received confirmation last night that the milk was picked up from Bandra station and reached the woman’s house by 8.30 pm,” said a senior official from the North West Railway.

Given that Sinha was in dire need for camel milk, Bothra contacted the owner of the camel milk powder manufacturing company, Aadvik Foods, which helped arrange 400 gm of the milk powder through a shop in Andheri. This helped Sinha survive the days before the milk reached her.

Bothra said, “I was told that if the child doesn’t get the supply of camel milk, he could collapse within a week. The milk supplier had sent 20 litres of camel milk and 20 kg of camel milk powder through the train. I then received a similar request from another parent.”

The Sinha family then shared a portion of the milk and the powder with another family as well. “My child is autistic and is allergic to several kinds of foods. He is only able to digest camel milk and eats organic food. However, organic food is also unavailable due to the lockdown. The supplements were hard to find and my child was not able to eat anything. Plainly feeding him dal caused upset stomach, weakness and dysentery,” Sinha said.

In the last one week, she tried various ways to procure the milk but failed. She also posted her message on the grievance portal for the Prime Minister, apart from contacting other officials. She also said the government should think of ways to help children with mental disorders survive the lockdown as well.

MI vs RR, IPL 2020 Live Cricket Streaming: When and where to watch Mumbai Indians vs Rajasthan Royals?

Jail or resort? Selfies from Puzhal lead to crackdown