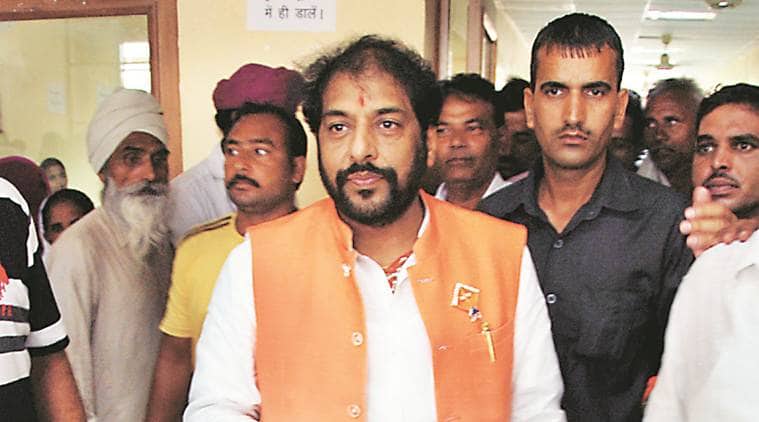 Noting that the “special public prosecutor (SPP) is not appearing and the director (prosecution) has shown his inability to depute any prosecutor” in the case against former Haryana home minister Gopal Kanda, accused of abetting the suicide of an air hostess in 2012, a Delhi court Friday issued notice to the special secretary (Home) department of the Delhi government and additional deputy commissioner of police Rajiv Ranjan to appear and apprise the court of how the state intends to prosecute the case.

The court also mentioned that the SPP has not appeared on several occasions and was fined Rs 5,000, which was eventually waived before being reimposed again.

Director (prosecution) Sharma had appeared before Special Judge Ajay Kumar Kuhar and submitted that since an SPP has been appointed by the Delhi government, he cannot appoint a prosecutor in the case. He also submitted that additional DCP Rajiv Ranjan, the initial IO in the case, had made the request for appointing the SPP.

“At the time of his appointment, he (Mohan) was an additional public prosecutor and has resigned. He has joined private practice. I have written a letter communicating the order of this court to the home department,” said Sharma.

The judge asked the IO to explain the non-appearance of the SPP. The IO told the judge, “I have conveyed this to senior police officers. It is not my level to take such decisions.”

The IO then stated that he had informed additional DCP Ranjan about the court’s order, and that he has not received any instructions from senior police officers. The judge also noted that three witnesses were not examined, and on September 23, one witness was not examined because the SPP did not turn up.

Kanda was owner of the MDLR Airlines, and the woman worked as an air hostess there. She committed suicide in 2012. In her suicide note, she blamed Kanda and his aide Aruna Chadha. Later, her mother also committed suicide.

Notice to A.P. on HC bifurcation

Another fire breaks out at Kolkata high-rise, 3 injured