“There are no guidelines from the Centre asking for RT-PCR or RAT reports before vaccination. Hence, I have asked the Raigad authorities to remove it,” state health director Dr Archana Patil told The Indian Express. 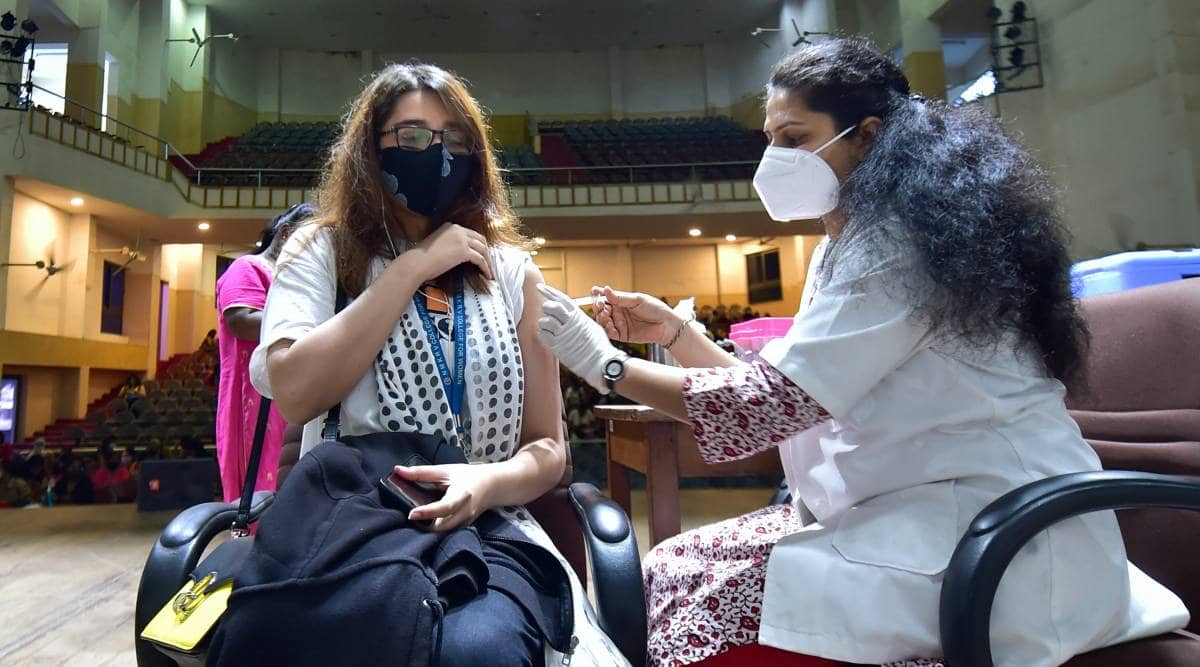 The state government has asked the Raigad district administration to remove a rule wherein people opting for vaccination in the district would have had to undergo a rapid antigen test (RAT) for Covid-19 before they get inoculated.

The Raigad district administration had issued a directive on Thursday calling for the testing of all who turned up at the vaccination centres. The Panvel Municipal Corporation had also issued a circular on Friday asking private and public hospitals to test everyone before inoculating them.

In other parts of the state, including Nashik district, people were being tested before they received their vaccination doses. Panvel Municipal Corporation’s Chief Medical Officer Dr Anand Gosavi had issued a circular that those getting a vaccine dose have to do RT-PCR or Rapid Antigen tests.

However, the state health authorities have now said that the decision will be scrapped after protest from medical associations as well as citizens.

“There are no guidelines from the Government of India asking for RT-PCR or RAT before vaccination. Hence, I have asked the Raigad authorities to remove it,” state health director Dr Archana Patil told The Indian Express.

On Saturday, Raigad district collector Nidhi Choudhari said, “This rule is only applicable for government or civic hospitals. We have seen that if 100 doses are available at the government hospitals then there are 300 to 400 people in the queue. We don’t want people to contract Covid-19 standing in the queue. Those wanting to come for vaccination can get their Rapid Antigen tests or can get it done free of cost at the government vaccination centres. Those who are tested positive are segregated.’”

However, after the opposition to the move the district administration has taken back the circular.

Civil Surgeon of Raigad, Dr Suhas Mane, wrote to all health officers in the district that the state health director Dr Archana Patil had telephonically instructed to cancel the circular of July 7, 2021 and only if someone showed signs of Covid-18, he or she should be tested.

The Association of Medical Consultants had also protested against the rule.

Dr Deepak Baid, secretary of the association said, “There is no provision in the guidelines of Government of India that people have do a RT-PCR or Rapid Antigen Test. As a result, people will not come for vaccination. And there will be a bigger line for vaccination as people will also have to wait for reports. In effect, this will put impediment in the vaccination process. One must remember that we have to be prepared for Wave 3. The faster we do vaccination is better.”

Moreover, it may deter people from coming forward to get a jab for fear of institutional isolation if they test positive.

How air warriors from Sulur flew to help Kerala

Woman can file dowry case at place she has taken shelter: Supreme Court

Delhi: ‘Public facilitation desks not operating in many police stations’