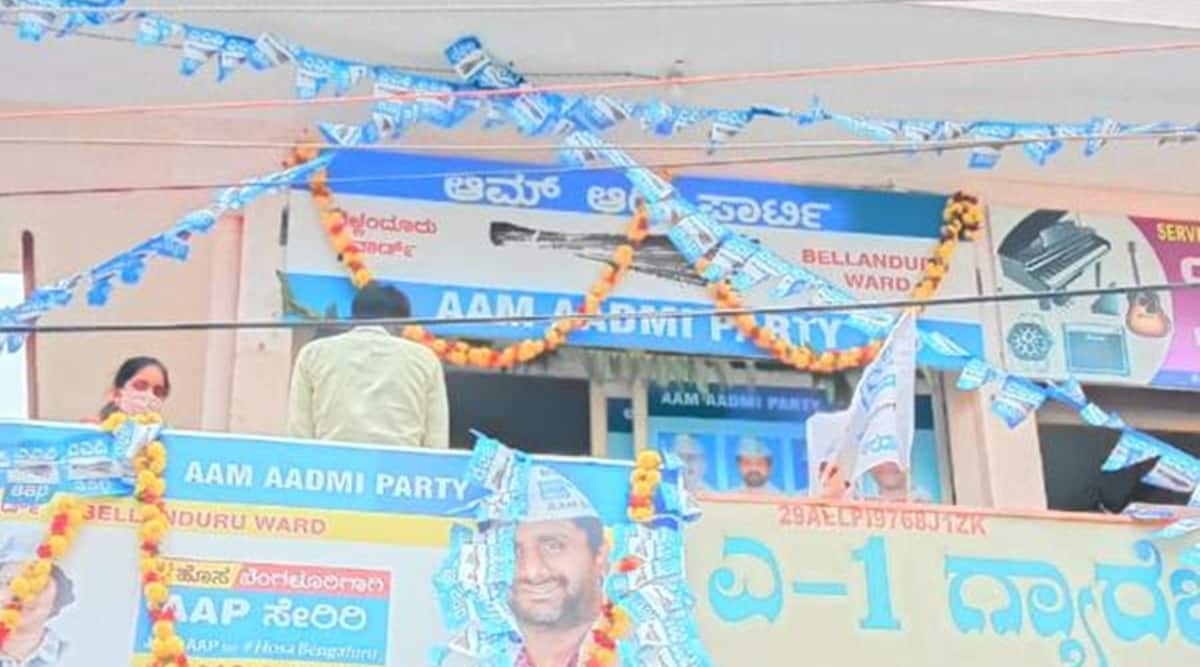 The party has written to the Bengaluru police commissioner Kamal Pant alleging that the owner of a building has been threatened for renting out his premises for establishing an AAP office in Mahadevapura, which is Limbavali’s constituency.

A police officer from Whitefield division said the complaint has reached them but an FIR is yet to be registered.

AAP Bangalore unit president Mohan Dasari told The Indian Express: “The president of AAP in Mahadevapura Assembly constituency took the building at Kasavanahalli circle on rent. It was inaugurated on Sunday afternoon for the Bellandur ward office. Learning of this, BJP legislator Arvind Limbavali called up the building owner and threatened him that if the building was not vacated immediately he will have to bear the consequences. In a democratic system, Limbavali is unable to accept the setting up of a party office by a national party in his constituency.”

Dasari said the office was 10×12 feet and was rented for Rs 6,000 per month. “Now, the owner of the building is afraid and is asking us to vacate. He is saying he would bear the expenses which we invested on interiors,” he said.

The IE could not reach MLA Limbavali despite efforts.

Contests on saving the Adyar river