Smaller gurdwaras in the state are also getting wheat donations from villagers. 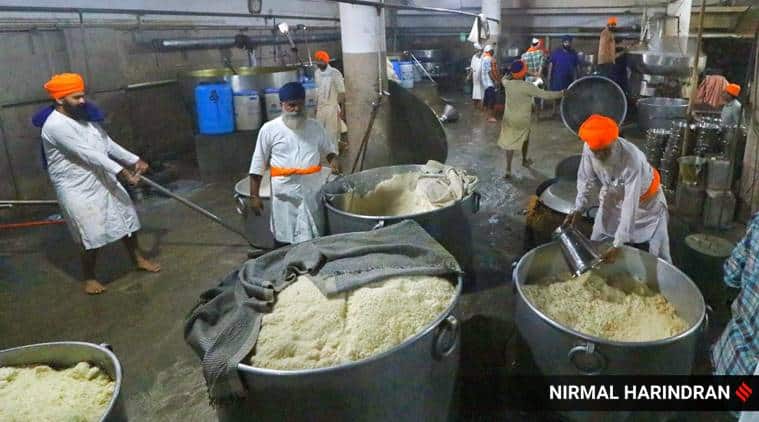 All 85 SGPC-controlled gurdwaras in Punjab, including the Golden Temple, will no longer need to buy wheat for the whole year, thanks to generous donations by the community following an appeal for wheat donation made recently. So far the drive is restricted to rural areas.

“People have donated generously and we are overwhelmed by their gesture. Annually 35,000 quintals of wheat is used in Darbar Sahib, Amritsar while around 1,500 quintals in Takht Damdama Sahib, Talwandi Sabo, around 1,000 quintals in Bathinda’s historical gurdwara. We are thankful to people for their generous donations that now none of the major gurdwaras need to buy wheat for one full year, which earlier they used to buy,” said Giani Harpreet Singh, Jathedar Akal Takht.

He added, “Sangat was not going to Gurdwaras due to Covid scare while langar was being cooked for needy on a regular basis. We are thankful to SAD for the appeal they raised and afterwards, the response generated by masses from villages.”

As gurdwaras were running short of donations due to no footfall over the past 2 months, the appeal for wheat donation – the first time such an appeal was made – was made by SAD patron Parkash Singh Badal and party chief Sukhbir Singh Badal.

Smaller gurdwaras in the state are also getting wheat donations from villagers.

“Wheat is being collected from rural constituencies village-wise. An appeal is being raised to one and all through gurdwara loudspeakers. Earlier, after harvesting season people used to donate some wheat on their own in gurdwaras, but this time people could not go to gurdwaras and hence donations reduced due to which an appeal was raised for the first time to donate wheat. Wheat for one full year has been collected, now we are going to make an appeal for donating pulses as well,” said Sikander Singh Maluka, senior SAD leader who himself drove a tractor loaded with wheat from Rampura Phull to Talwandi Sabo for donation.

SAD Spokesperson Daljeet Singh Cheema said: ‘Since curfew has been imposed, daily food is being cooked for over 3.2 lakh people so that we can serve the needy. While we were not getting any donations, our langars did not stop at all.”

“Such a situation had never arisen. Gurdwaras had never been closed for masses. But hearts of our community are so large that they have donated generously. They have followed the tradition of `daswandh’ started by our Gurus,” said SGPC president Gobind Singh Longowal.

For all the latest Ludhiana News, download Indian Express App.