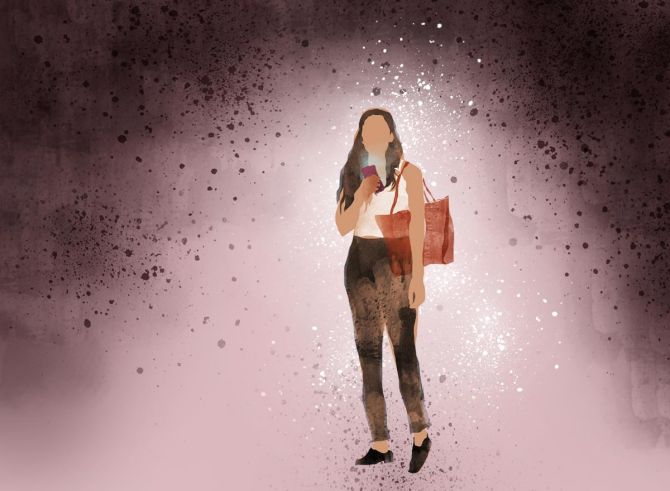 As India Inc gradually returns to the office, and managements struggle to get up to speed, one corporate value could fall by the wayside with infectious rapidity: Gender equality in the workplace.

Job growth is expected to be slow to stagnant in the foreseeable future, and Indian employers, mostly male and rarely enthusiastic about hiring women in the first place, can be depended on to slump back to the bad old ways of privileging men for the limited number of jobs available.

Economic disruptions have never been good for the cause of women’s equality in India, and the past six years have amply proved this with two man-made shocks and one, well, semi-man-made one.

After demonetisation (2016) and the rushed rollout of the goods and services tax (2017), the pandemic (2020) is the third major jolt that the Indian economy has sustained since 2016 — or the fourth, if the impact of the first and second waves (2021) of the pandemic are considered separately.

That amounts to a lot of dislocation for the Indian people in general in a relatively short time.

The impact showed up almost immediately in terms of overall employment but also in the disproportionate impact on women’s employment, which was never buoyant to start with.

By 2019, India’s female labour participation rate (FLPR) had dropped to 20.3 per cent, a sharp drop from the already low 26 per cent in 2005, as demonetisation and the crash-GST programme took its toll on small and medium companies.

There is a theory that the FLPR drop partly occurred on account of more women stepping out of the workforce for higher education.

Higher gross enrolment ratios for higher education do corroborate this as a partial explanation.

Whatever the explanation, the 21-day Covid-induced lockdown underlined the basic truth about gender prejudice in the workplace starkly when the FLPR dropped to a record low of 15.5 per cent in the April-June quarter of 2020 and rose to just 16.1 per cent in the July-September quarter of that year.

It was women who unambiguously bore the brunt of the lockdown joblessness; the government’s statistics office data showed that the unemployment rate among women touched 15.8 per cent against 12.6 per cent among men workers during three months that ended in September 2020.

According to the Centre for Monitoring Indian Economy’s Mahesh Vyas, ‘Women accounted for 10.7 per cent of the workforce in 2019-2020, but they suffered 13.9 per cent of the job losses in April 2020, the first month of the lockdown shock.’

And where men recovered most of their jobs, he wrote, ‘Women were less fortunate; 49 per cent of the job losses by November were of women.’

In the initial days of the lockdown, there was hope that the work-from-home dynamic would induce a change in gender biases within corporate India at least, since it equalised the conditions under which men and women worked.

Post-pandemic, it was anticipated, managements would see the light: That allowing women burdened by household duties to work from home didn’t impact performance or preclude them from being employable.

But in India, regressive social attitudes can be about as contagious as the Delta or Omicron variants of COVID-19.

If men working from home didn’t see fit to help their working womenfolk with housework, it is unlikely that employers — still mostly male — will change their attitudes in the face of evidence to the contrary either.

The inevitable collateral damage as companies struggle with post-pandemic restoration is the weakening of management attention on gender inclusion.

That such issues are considered subordinate to the bottom-line was clear in a recent example.

Much was made of the fact that one Vishal Garg, CEO of a US mortgage finance start-up called Better.com, fired 900 employees, some of whom may have worked in his India back offices, via a Zoom call.

That’s a shocking demonstration of managerial insensitivity, to be sure.

The video of the call proves that Mr Garg is a terrible employer as does an e-mail of November last year in which he referred to employees as ‘dumb dolphins’ (in capital letters).

And if Better.com wanted a better way of discrediting work-from-home, the biggest gain for working women during the pandemic, Mr Garg couldn’t have expressed it better.

He accused at least 250 of his staff of working two hours a day while clocking eight-hour workdays (presumably, supervisors were among the 900 dismissals and Mr Garg is urgently reviewing his company’s monitoring processes).

But the less noticed point was that the dismissals included the entire diversity, equity and inclusion recruiting team.

The signal couldn’t have been clearer: Social inclusion (whether gender-, caste- or race-oriented) is a value worth upholding when the going is good; not so much when the losses pile up.

If that’s the attitude of a CEO in the US, where the women’s movement is a strong and viable force, the situation in India, where women’s advocacy is relatively feeble force, can hardly be expected to be better.

How To PROTECT Yourself Against Online Scams

US will work closely with ‘great ally’ India: Trump administration