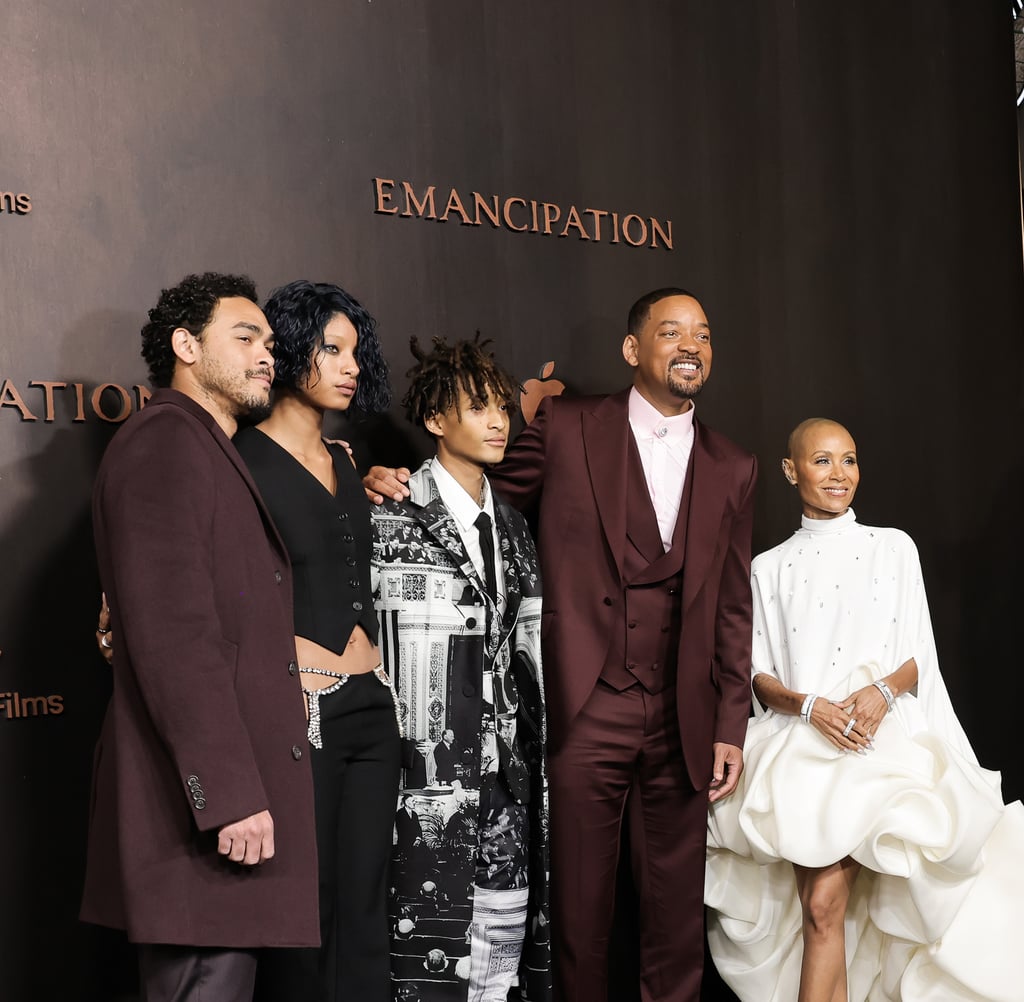 Will Smith had the support of his family at the “Emancipation” premiere in Los Angeles on Nov. 30. The event was the actor’s first red carpet appearance since his Oscars controversy. In attendance was Smith’s wife, Jada Pinkett Smith, as well as his three children: Trey, Willow, and Jaden, who set aside their respective careers and busy schedules to celebrate their dad.

In addition to starring in “Emancipation,” Smith also produced the historical drama, which tells the true story of a former enslaved person whose photograph helped the abolitionist movement reveal the depravity of slavery. “Emancipation” will hit Apple TV+ on Dec. 9. The film is Smith’s first since “King Richard,” which earned him the Oscar for best actor in March. The celebratory evening turned, however, when Smith slapped presenter Chris Rock after the comedian made a joke about Pinkett Smith’s hair. (Pinkett Smith has publicly spoken about her experience with alopecia.)

Smith later apologized to Rock and the Academy, which subsequently banned him from attending the ceremony for a decade. Smith recently addressed the incident in a Nov. 28 appearance on “The Daily Show With Trevor Noah.” He said, “That was a horrific night, as you can imagine. There’s many nuances and complexities to it. But at the end of the day, I just — I lost it, you know?” He added, “I was going through something that night, you know? Not that that justifies my behavior at all.”

Smith had his entire family in attendance on the night of the Oscars as well, but it’s rare for all of his children to reunite on a red carpet. In a 2018 Instagram video, Smith spoke about carving out one-on-one time with his kids: “Usually I take my kids separately on stuff, just so they have their original ‘daddy time.'” Trey, who is 30, is Smith’s oldest child from his first marriage to Sheree Zampino. Jaden, 24, and Willow, 22, are Smith’s children with Pinkett Smith. All three have chosen careers in music, with occasional acting.

Despite being unable to attend the Oscars for some time, Smith will still be eligible for a nomination for “Emancipation.” See photos of the family at the premiere ahead.

‘Managing injuries will be a challenge’

Former SS Music VJ, Craig Gallyot, returns to the stand up comic scene after a hiatus of nine years