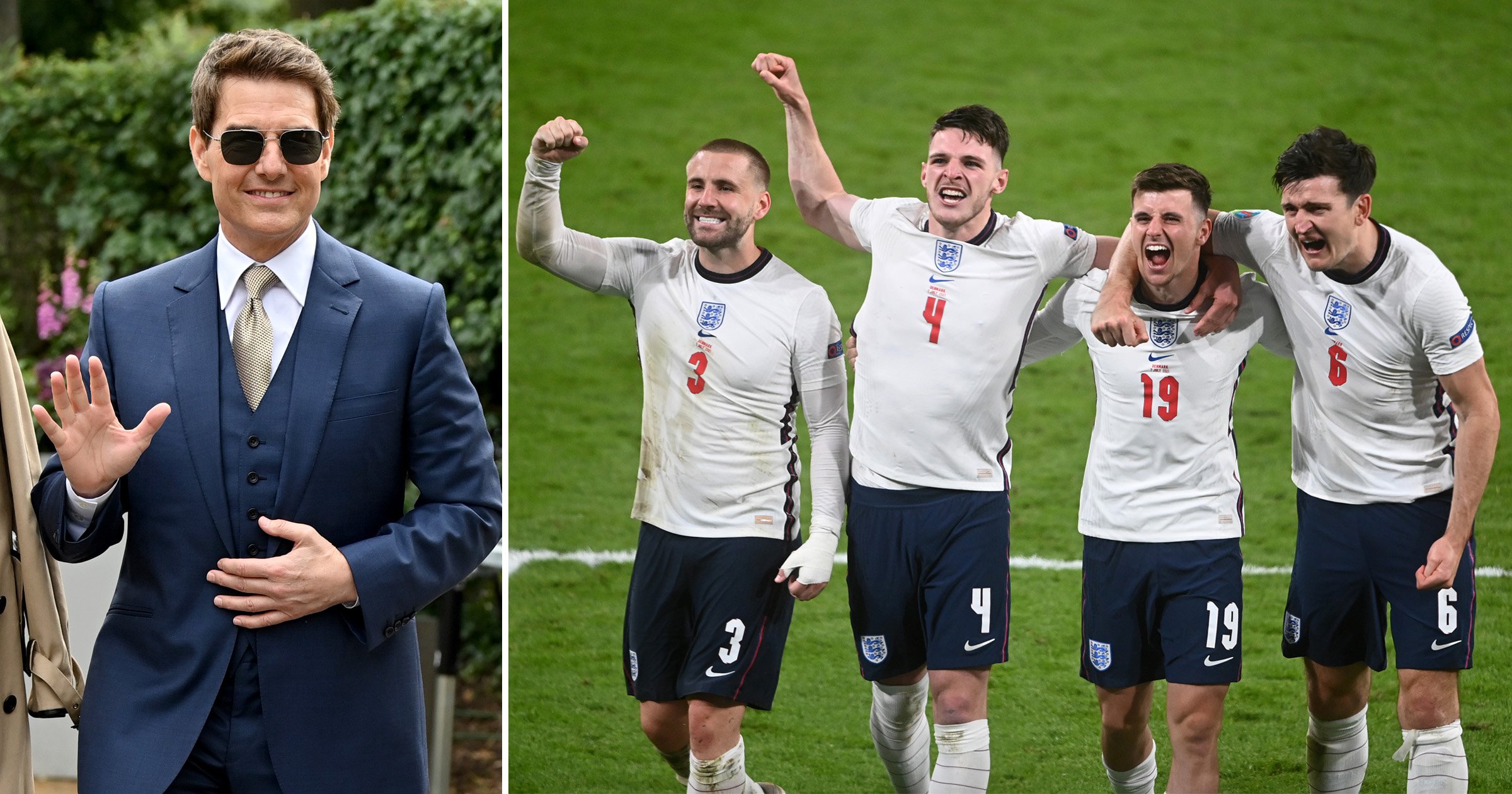 Tom Cruise reached out to the England men’s team ahead of the Euro 2020 final, because he knows it’s coming home.

The Top Gun actor, 59, is currently in the UK, and popped up in the crowd at the star-studded women’s final at Wimbledon on Saturday.

As well as watching the action on the tennis court, he also found time for a FaceTime session with the national team as they prepare to take on Italy at Wembley Stadium tonight.

Lifting the lid on the squad’s famous fans, Harry Kane told BBC Radio 5Live: ‘Obviously we have had ex-players and people get in touch.

‘We actually had Tom Cruise get in touch yesterday evening, you get everyone who loves football.

‘The majority of people in the world love football, so it’s great to have all that support not just in England but across the world, so it’s been a great time for all of us.

‘We’ve enjoyed every moment of it so we’re just looking forward to hopefully finishing the job.’

Not only did Raheem Sterling and co get to chat to Tom, they also got to screen one of his films on Friday.

‘Yes, we were fortunate enough to have a watch of one of his films so I think he was over here in the UK and he just dialled in and FaceTimed us just to wish us the best as a group so that was nice of him,’ Harry continued.

‘I’m not sure if he will be there at the final or not but football is such a big part of the world and it’s nice to have that support from all different types of businesses I guess.’

Sadly, not everyone got to enjoy the moment, as England manager Gareth Southgate was too busy working to get involved.

‘They were very fortunate,’ he said, according to the Independent.

‘They had a preview of a film that’s due out further down the line and they had Tom dial in to speak to them which was, I would imagine, quite surreal.

‘I was in a meeting watching videos of Italy but that’s another story.

‘I think they all thoroughly enjoyed that experience and, yeah, they’ve had a good week, really.’

Someone get Tom and Garth a catch-up immediately after the final, please?!

Lil Durk surrenders to police after releasing ‘Turn Myself In’

Govt’s scheme to scrap old vehicles may be delayed again