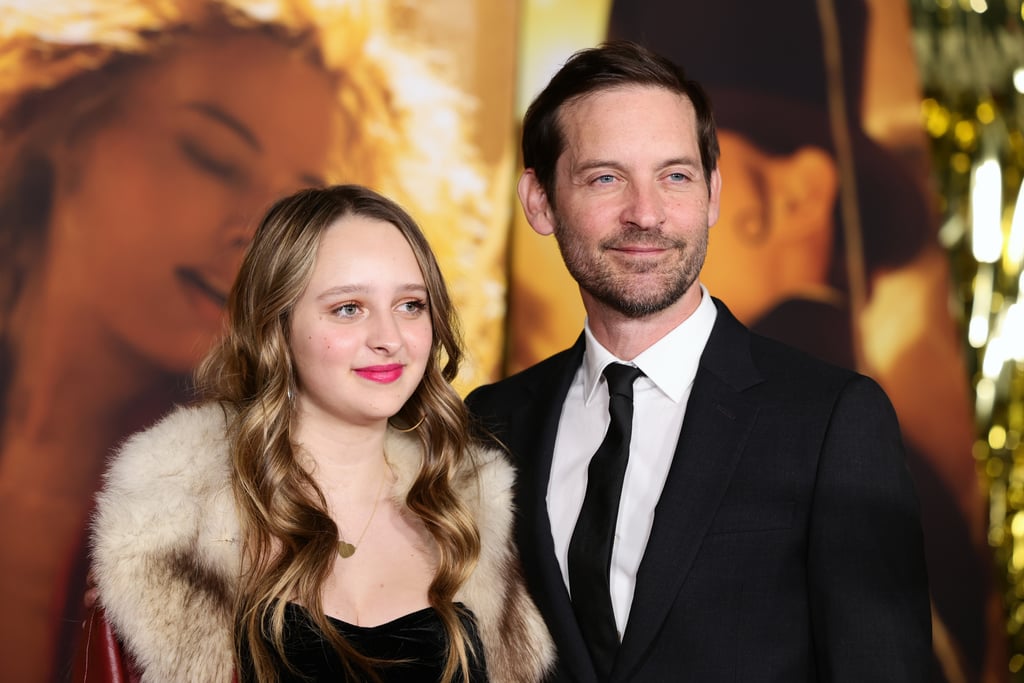 Maguire shares Ruby and a 13-year-old son, Otis, with ex-wife Jennifer Meyer. After nine years of marriage, Maguire and Meyer separated in 2016 and filed for divorce in 2020, and but they have remained committed to coparenting their two kids. In a podcast interview this past June, Meyer described her close relationship with Maguire, saying, “I would literally do anything in the world for Tobey. He is my brother. I love him to death, and we have the most beautiful family.” The jewelry designer added, “It was a choice, and it was trusting in the universe has got our back. But let me tell you something, the work is a motherf*cker. I’m not gonna lie, and we did a lot of work to stay on track to stay a family.”

The former couple has mostly kept their children out of the spotlight throughout their adolescence, though they did make the occasional public outing with their parents when they were younger. Meyer often shares birthday tributes for her kids on Instagram, recently penning a sweet message for Ruby’s 16th in November. “You are an angel on earth and I don’t know how I got so lucky to be your mama,” she wrote. “Thank you for all the pure love and joy you bring to all of us. I’m eternally grateful for you.” To celebrate Otis’s 13th in May, she shared a throwback picture with him on Instagram and wrote, “You are the greatest Mother’s Day gift I could’ve ever asked for 💕 I love you to the 🌙 and back for life baby!”

Maguire and Ruby weren’t the only ones in attendance at the “Babylon” premiere ahead of the movie’s Dec. 23 release — many other cast members flocked to LA for the event, including Margot Robbie, Brad Pitt, Li Jun Li, Diego Calva, and Jean Smart. Read ahead to see Maguire, Ruby, and the rest of the stars dazzling on the red carpet.

‘Needed time to get my head around it’: Ellie Goulding on why she waited 30 weeks to share news of pregnancy

Dev movie review: The Karthi film can be satisfactory if you lower your expectations