Long before starring in “Baywatch” and “The White Lotus,” Alexandra Daddario was the daughter of Athena in the “Percy Jackson” movies. Her character, Annabeth, teamed up with the titular Percy, played by Logan Lerman, on a series of mythology-inspired quests.

After the rising stars worked together on the two “Percy Jackson” films, fans were eager to know what their connection was like offscreen. The two actors reportedly were together after hitting it off on the set of the first movie, though they never publicly confirmed that they dated. As such, it’s hard to piece together the timeline of their supposed relationship. Some outlets place their rumored engagement in 2014, while others list it as starting in 2016.

Here’s the truth about Daddario and Lerman’s reported relationship. Only the two actors know what really happened, but we’d like to think they’re still on friendly terms now that they’ve both moved onto new relationships. 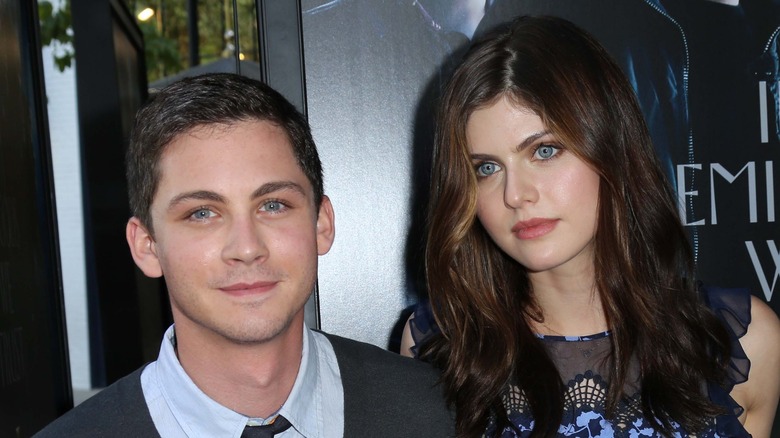 “Percy Jackson” gave Alexandra Daddario her big break in Hollywood, and she reportedly found romance on set, too! Daddario and her “Percy Jackson” costar, Logan Lerman, were reportedly engaged, according to Inquisitr. So, what should fans know about the former costars’ rumored relationship? Unfortunately, there’s not much public information about the supposed romantic connection.

Daddario is six years older than Lerman, which made the actors’ reported connection surprising to fans. The two never addressed their rumored relationship publicly, but Daddario shared with Women’s Health in May 2017 that she was single and actively dating. “I date, but I’m really nervous around boys. I get very tentative,” the actor said to the magazine. “I’ve gone on yoga dates with guys, which I love. They might get grossed out by me because I sweat so much, but that’s how you know if they’re a keeper.”

Four years later, Daddario has a new man in her life. Here’s what to know about her new love. 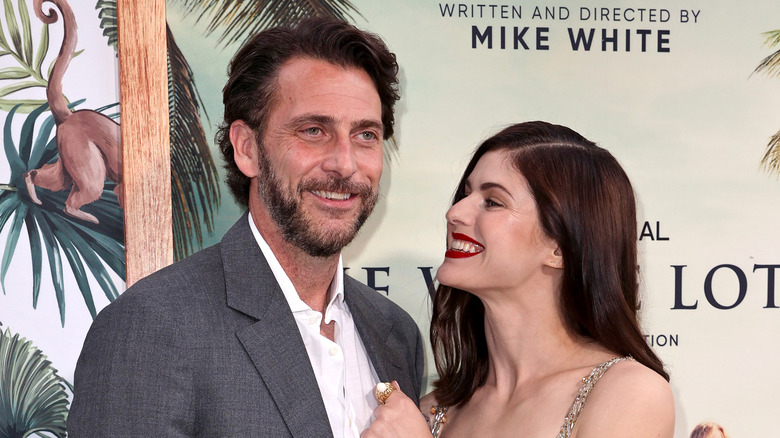 These days, Alexandra Daddario isn’t shy about sharing details about her relationship status. In a May 24 Instagram post, the actor shared a photo of herself and her boyfriend, producer Andrew Form, locking lips, with the caption, “I love you … ‘and even that is an understatement.'” Aw! The actor also posted a photo of herself and Form dressed up at an event for her HBO series “The White Lotus.”

Form is a producer who’s worked on horror movies like “The Purge” and “Friday the 13th.” He also worked on “A Quiet Place.” Before dating Daddario, Form was married to Jordana Brewster; she filed for divorce in July 2020, per People.

As for Logan Lerman, the “Perks of Being a Wallflower” actor was linked to artist Ana Corrigan in 2020, per Distractify. The two stars have come a long way since “Percy Jackson & the Olympians: The Lightning Thief” hit theaters in 2010!

Royal Roll Call: Which Family Members Will Be at Princess Eugenie's Wedding?

Interest in contemporary art among young collectors is encouraging