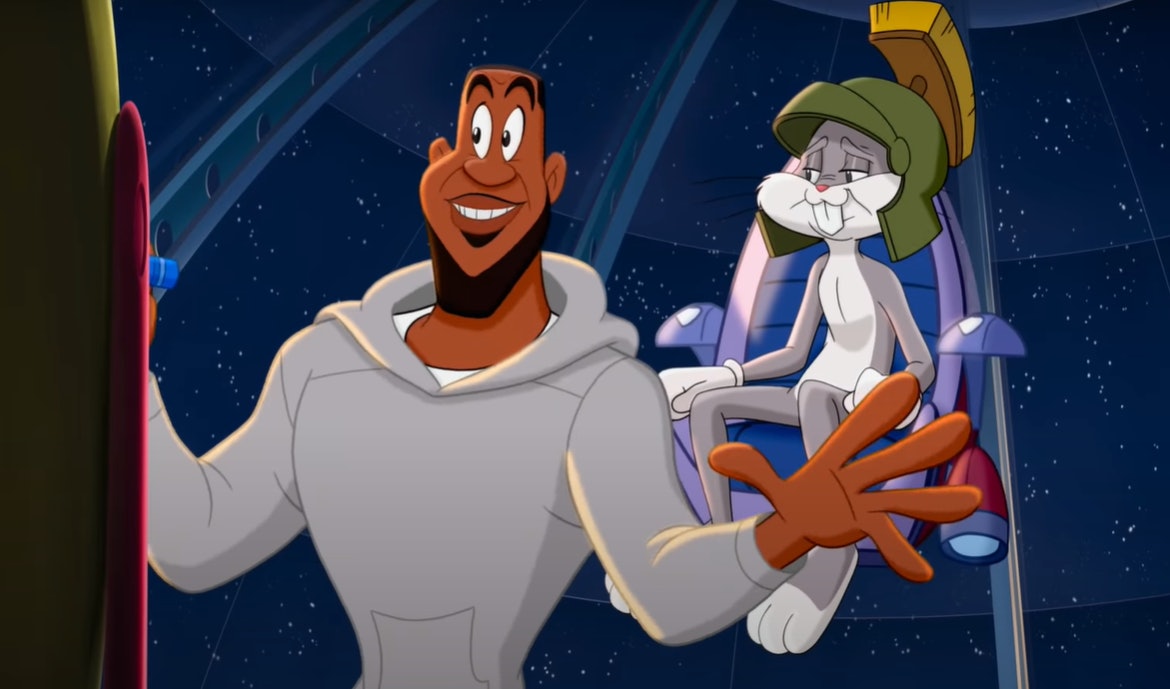 Grab your Wheaties and your Gatorade, because there’s finally another Space Jam flick coming. After years of anticipation, fans have finally gotten a first look at the Space Jam: A New Legacy trailer, and it’s a total throwback to the ’90s. If you loved the Looney Tunes mash-up with Michael Jordan, you’re in for another sports comedy flick with a whole lot of nostalgia and a dash of modern updates.

The OG Space Jam came out in 1996 and featured NBA superstar Jordan teaming up with the Looney Tunes for a climactic basketball game. Now, the sequel will follow in similar footsteps with Lebron James. Of course, the new Space Jam would be nothing without Looney Tunes characters like Bugs Bunny, Daffy Duck, and Tweety. Now, after years of waiting, you can get a feel for what to expect in the nostalgia-laden flick, because Warner Bros. finally dropped the trailer for the sequel on Saturday, April 3.

The trailer begins with James talking to his son, who he hopes will pursue a basketball career. It seems Dom James (played by Cedric Joe) doesn’t want to follow in his dad’s footsteps, though, and soon the two end up stuck in a futuristic artificial intelligence (A.I.). The A.I. — played by Don Cheadle — refuses to give James’ son back until he plays some basketball. Then, he transports James to "Tune World" by way of a cartoon-style tunnel. A now-animated James meets Bugs Bunny and teams up with the Looney Tunes gang for a legendary basketball game to escape. Along the way, the trailer also shows other animated faves like Yogi Bear, the Flintstones, the Iron Giant, Scooby Doo, and more.

The trailer gives so many nods to the ’90s, you’ll want to check it out for yourself below.

The Space Jam 2 project has been in talks for quite a while, and fans have gone through the wringer waiting for an official trailer and release date. The flick was first announced in 2014 with James attached to star, but he initially denied the reports. Then, in 2016, Warner Bros. Pictures confirmed that James would star in the sequel and said Justin Lin would direct. If that wasn’t enough waiting, it was reported that the trailer could drop at any moment in July 2018, but it didn’t come to fruition. Finally, in February 2019, Warner Bros. announced the official release date as July 16, 2021, and it’s been a go ever since.

The sequel’s plot echoes elements of the ’90s film, which followed Jordan’s enlistment by Looney Tunes characters to win a basketball game against aliens. While Space Jam 2 will have a ton of throwback characters, it also gets a modern update since it incorporates the A.I. technology theme and new styles of 3D animation, so it looks like the best of both worlds.

You’ll need to wait a while longer for the flick, which is scheduled to premiere in theaters on July 16 and also stream on HBO Max once it releases.

‘I am a very greedy man’