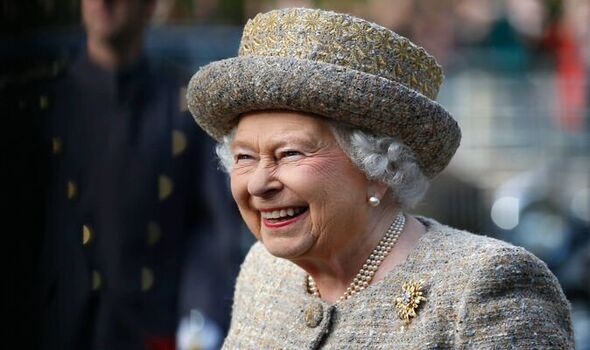 MBEs are being served up to MasterChef hosts John Torode, 56, and Gregg Wallace, 57. Satanic Verses author Sir Salman Rushdie, 74, and illustrator Sir Quentin Blake, 89, are made Companions of Honour, while crime novelist Ian Rankin, 62, is knighted.

Coronation Street stars Helen Worth, 71, and Antony Cotton, 46, are made MBEs for a combined 70 years on the cobbles ofWeatherfield.

Singer Bonnie Tyler, 70, is made an MBE, while the Moody Blues’ Justin Hayward, 75, receives an OBE.

They are among 1,134 awards revealed yesterday in a list brought forward two weeks because of the Jubilee.

Prime Minister Boris Johnson said: “This historic Platinum Jubilee is not only a celebration of the monarch, but of the qualities she possesses.

“The honours she confers this week reflect many of those qualities that have been invaluable from all different walks of life and to communities across the UK.”

BBC host Clare said she was “surprised and truly thrilled” while Australian-born John said: “What a wonderful supportive country this is.”

“Thank you – I feel like I have the best job in the world.”

Gregg, a former greengrocer, said: “Wow – fruit and veg has been a very good friend to me over the years.

“What an unbelievable honour it is to be recognised by Her Majesty at such a fabulous moment in her glittering reign.

“From a council estate in Peckham to being recognised by the Queen is for me something akin to a fairytale story. I am incredibly, incredibly proud.”

Helen, who has played Corrie’s Gail Platt since 1974, said her honour was “truly wonderful”.

And Antony, who has played Sean Tully for nearly 20 years, was “completely overwhelmed” by the accolade for his charity work with the Army.

He said: “I share this award with every single person who has ever fought for our country. I am incredibly humbled and honoured to be in your company.”

Welsh singer Bonnie, whose hits include Holding Out For A Hero, said: “This honour just goes to show that anyone from any background can become a success and be recognised by our wonderful country.”

Sir Salman, famously issued with a fatwa death sentence by Iran over his novel, The Satanic Verses, said: “It’s a privilege to be included in such illustrious company, both past and present.”

Sir Quentin, who illustrated many of author Roald Dahl’s story books called his Companion of Honour “an enormous privilege.”

Author Ian, who wrote the Inspector Rebus novels, joked: “I am not sure what Detective Inspector John Rebus would make of it – he’d almost certainly tell me not to get too big-headed.”

Heidi Thomas, 59, creator of hit BBC series Call The Midwife, said her OBE would go “straight on the mantelpiece” at Nonnatus House, the show’s fictional convent.

Tory MP and former sports minister Tracey Crouch, 46, famous for battling breast cancer and leading a bid to revolutionise football in favour of its fans, is made a CBE.

Climate action champion, Nigel Topping, and Archibald Young, head negotiator for the UK’s Cop26 presidency, are made Ordinary Companions in the Order of St Michael and St George.

Infosys charters a flight to bring back staff stuck in US