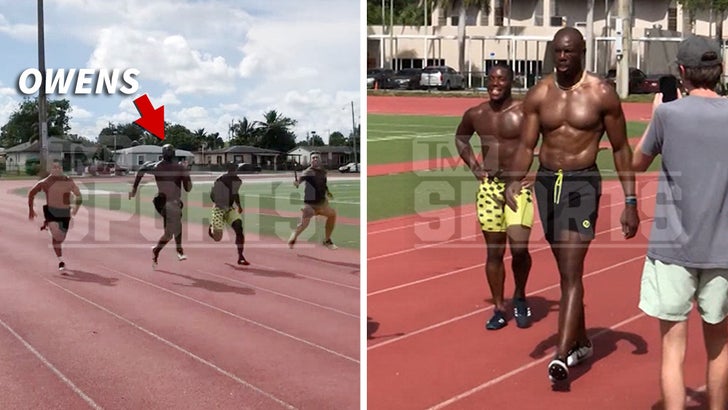 The former Dallas Cowboys star accomplished the insane feat minutes ago while racing against two Fan Controlled Football league receivers … and the video is impressive as hell.

T.O. took on the two wideouts — 27-year-old Zappers star James Harden (not “The Beard”) and 25-year-old Glacier Boyz star Andrew Jamiel — at a park in Ft. Lauderdale, Fla., after we’re told the guys had been talking smack about a potential race for months. 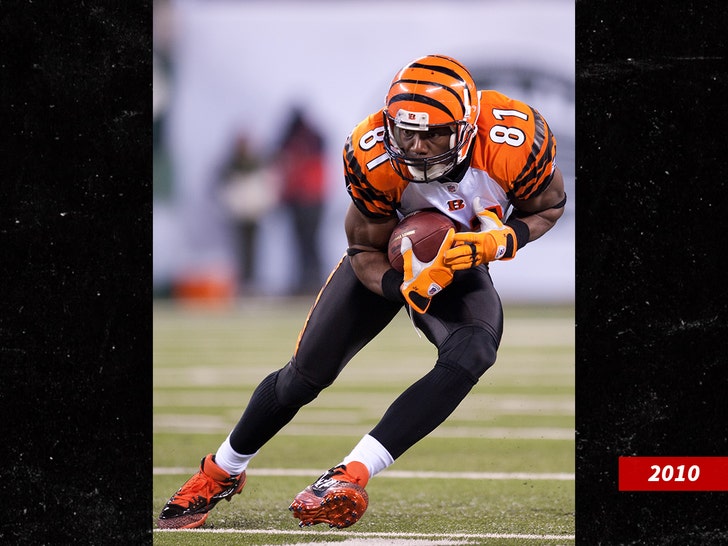 In fact, Terrell and James raced at practice last season … where T.O. was allegedly disqualified for jumping early. So, today was the day to run it back, and figure out once and for all, who’s faster?

And, you can see in the clips, Owens edged the dudes outright at the finish line.

The former NFL player looked amazing, showing off a chiseled physique, and he was apparently moving so fast during the sprint … some at the track had him clocked at 4.38! 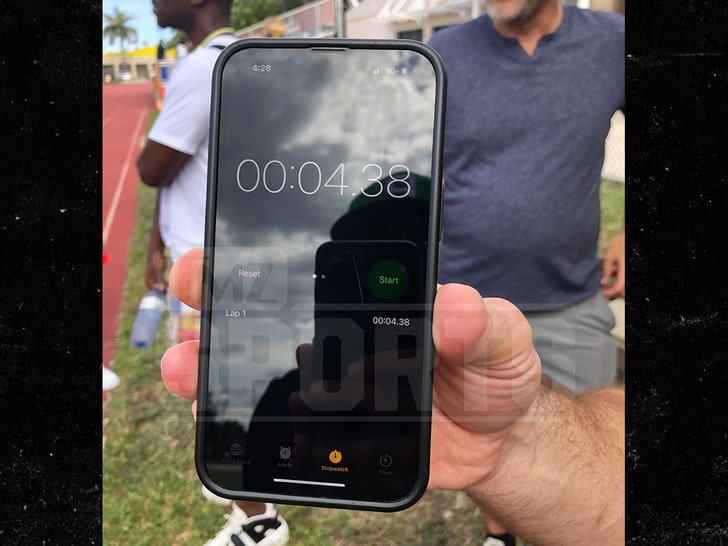 T.O. immediately trash-talked following the race — repeating over and over again, “I do this s***!”

Owens has insisted repeatedly over the last couple years that despite not playing a down in the NFL since the 2010 season, he could still suit up for an NFL squad today.

If Wednesday’s race is any indication — he clearly ain’t lying!

Nagarjuna to sign the agreements of Bigg Boss 3 soon

When India lose, we should show support to them: Yusuf Pathan