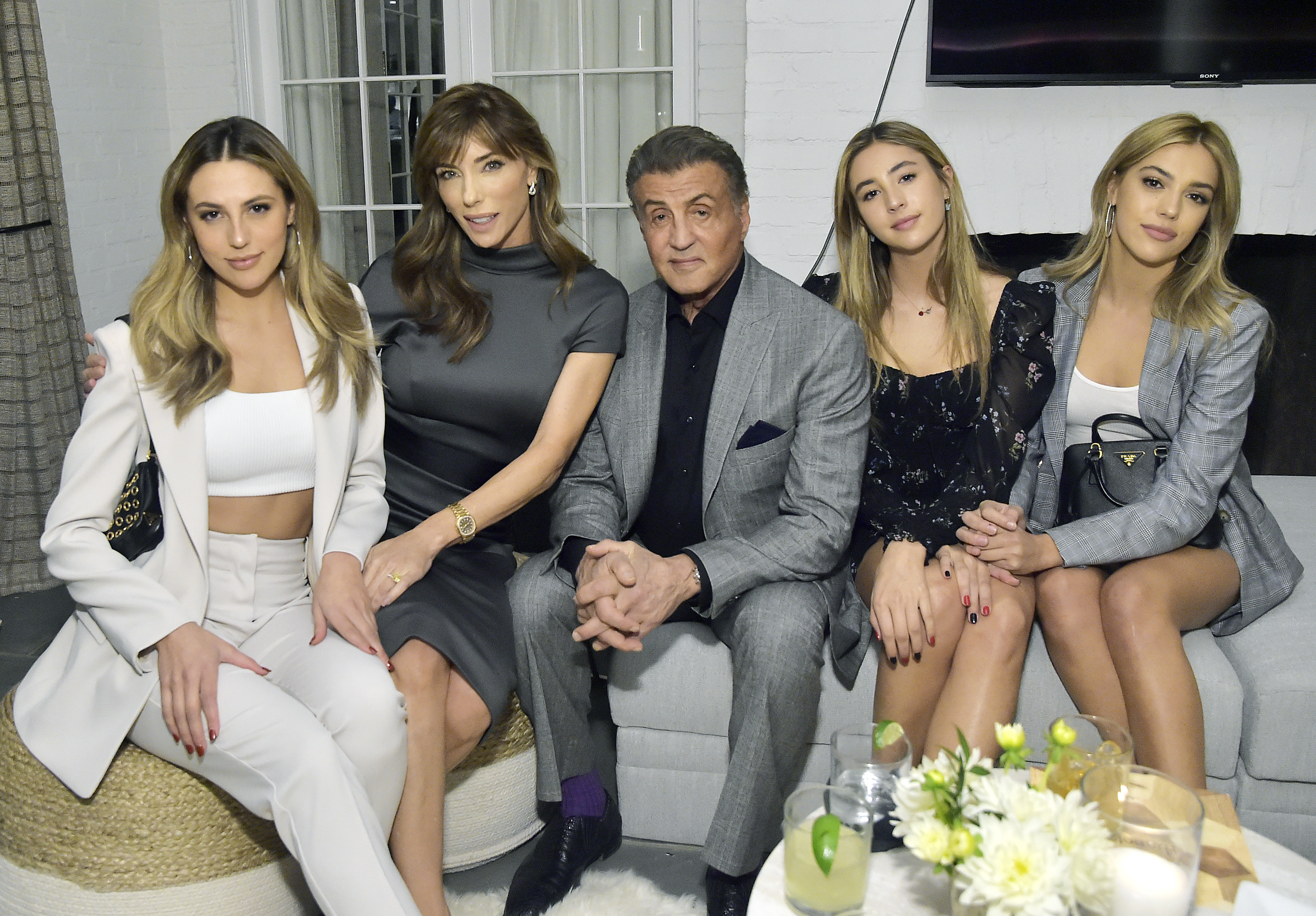 Sylvester Stallone has shared a series of family photos following the news his wife has filed for divorce.

The Rocky Balboa legend, 76, paid tribute to his daughter Sophia on Sunday with a sweet post featuring photographs of his family, including his wife Jennifer Flavin.

Sylvester and Jennifer have been married for 25 years and share three daughters together, including 26-year-old Sophia.

However the news broke this month that Jennifer, 54, had filed for divorce from the actor.

Speaking after the news emerged, she shared her sadness over their split but vowed that she would always ‘cherish’ the time they spent together.

Now the actor has shared some of these ‘cherished’ memories to Instagram as he wished his ‘very special daughter’ a happy birthday.

Taking to the site, Sylvester wrote in all-caps: ‘A VERY HAPPY BELATED BIRTHDAY TO MY VERY SPECIAL DAUGHTER, SOPHIA!!!’

He shared a number of photographs of him, Sophia and Jennifer from down through the years, including sweet father-daughter-snap of her as a child and a teenage Sophia hugging a horse in a stable.

Another photo saw Sylvester, Jennifer and Sophia posing for a selfie inside of a vehicle, with his daughter sticking her hands up behind his head and Jennifer with a grin on her face.

In another, taken at Christmas time, Sylvester stands with his arm around Jennifer while Sophia poses alongside him in a savage red jumpsuit.

Speculation that Sylvester and Jennifer’s marriage was over began after the Rocky actor covered up a tattoo portrait of his partner with a picture of the beloved dog from the franchise.

It was then confirmed by Jennifer, who said in a statement that she was ‘sad to announce that after 25 years of marriage I have filed for divorce from my husband Sylvester Stallone.’

She went on: ‘While we will no longer be married, I will always cherish the more than 30-year relationship that we shared, and I know we are both committed to our beautiful daughters.’

‘I ask for privacy for our family as we amicably move forward,’ she added to People Magazine.

The former couple met in 1988 and were married nine years later, going on to welcome daughters Sopha, Sistine and Scarlet.

A reason for their split has not been confirmed, but the mum-of-three reportedly asked to restore her maiden name, and requested to keep their home in Palm Beach during the proceedings.

Sylvester has since addressed their split and vowed that his tattoo drama had nothing to do with it.

In a statement to TMZ, he insisted he was actually getting the portrait of Jennifer touched up when it went wrong and had to be covered, with the star going fr a portrait of his former pet as the cover-up.

He said his marriage ended simply because he and Jennifer ‘just went in different directions.’

‘I have the highest respect for Jennifer. I will always love her. She’s an amazing woman. She’s the nicest human being I’ve ever met.’

Despite the divorce, the Stallone family are reportedly in the middle of filming a reality show together which is set to debut on Paramount+ on a later date.

Boney Kapoor breaks down while talking about Sridevi, says it’s impossible to not miss her even for a moment | Bollywood Life

Mumbai says a prayer for victims of Elphinstone Road stampede