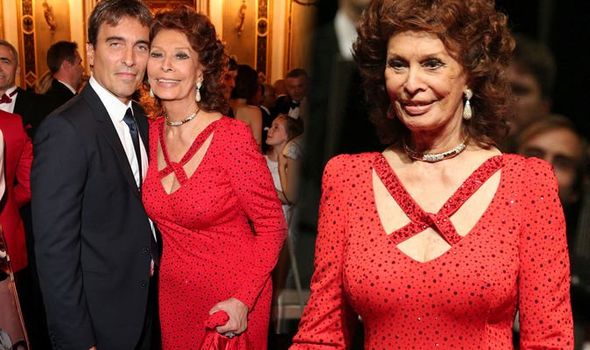 The iconic Italian actress took to the stage in a stunning scarlet dress to accept a lifetime achievement award in the Austrian capital.

The 1950s and 1960s film starlet, who is best known for her performances in Two Women and Marriage Italian Style, was presented the European Cultural Taurus Award by her son Carlo Ponti Jr, 50.

The smartly-dressed orchestral conductor was photographed handing the accolade to his visibly shocked mother at the prestigious ceremony.

Sophia wore a full-length red gown for the occasion which featured a stylish criss-cross detail at the neckline and flattered her figure.

The jewel-encrusted frock dazzled as she stood under the spotlight to accept  her award.

Sophia styled her auburn tresses in curls and emphasised her pretty features with a sweep of black eyeliner above and below her eyes.

True to form, the Hollywood actress added even more glamour to her outfit with a sparkly necklace and diamond and pearl drop-earrings. 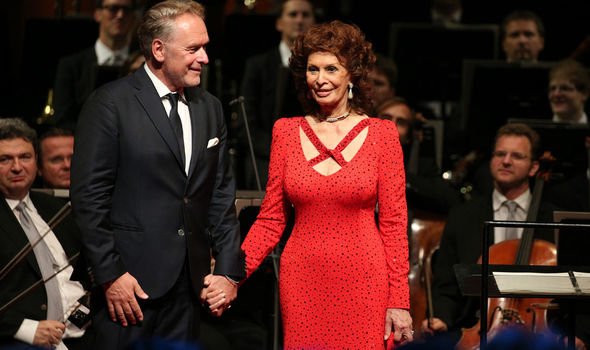 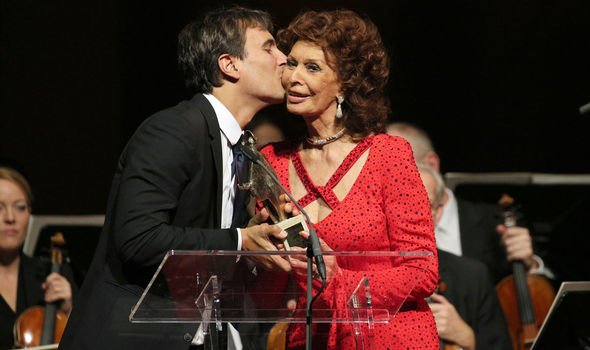 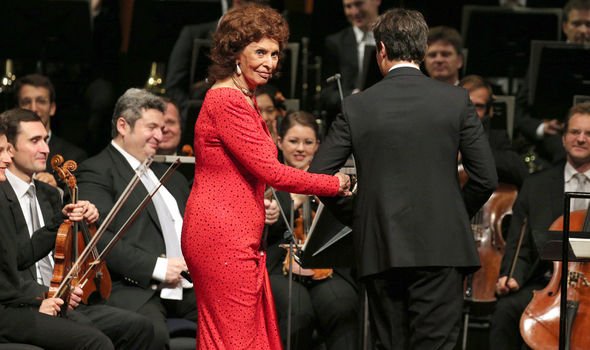 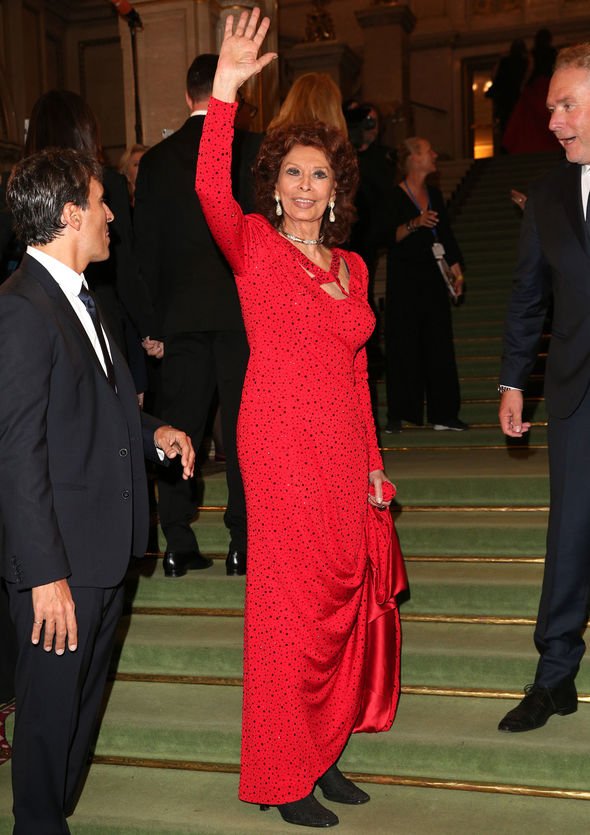 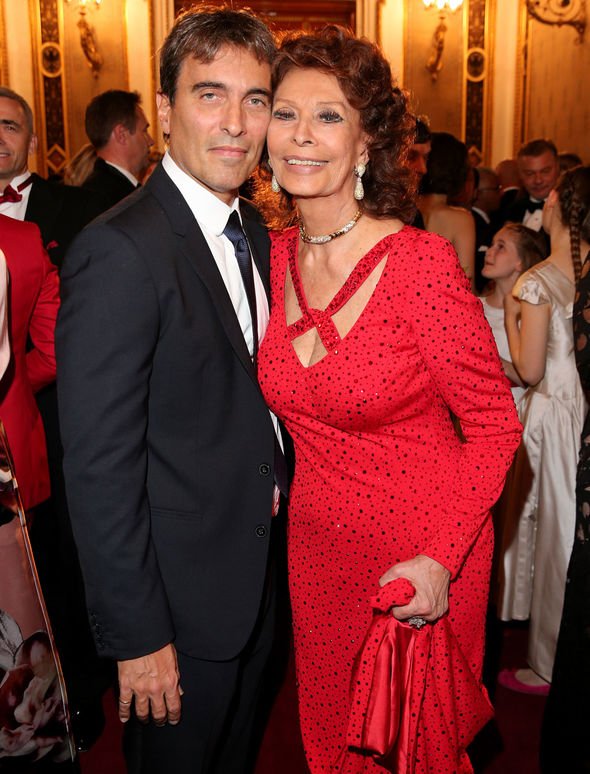 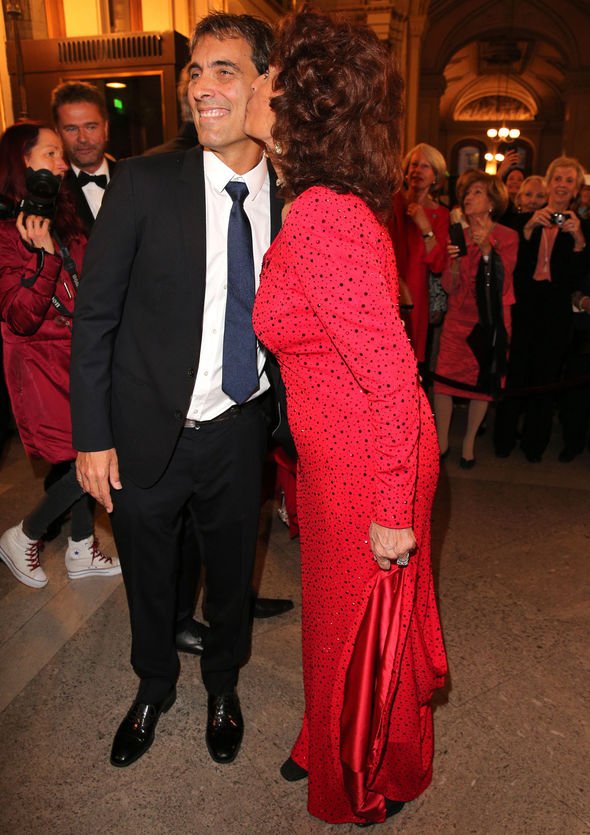 The Oscar-winning actress waved to the crowds when she arrived at the event and later posed for pictures with her son.

She was seen with a big smile on her face before tenderly planting a kiss on his cheek.

Sophia adds her latest accolade to her Academy Award, which she received for her portrayal of Cesira in Vittorio De Sica’s 1960s film Two Women, and a long list of other achievements which include five Golden Globes, a Grammy, a BAFTA and a Laurel Award.