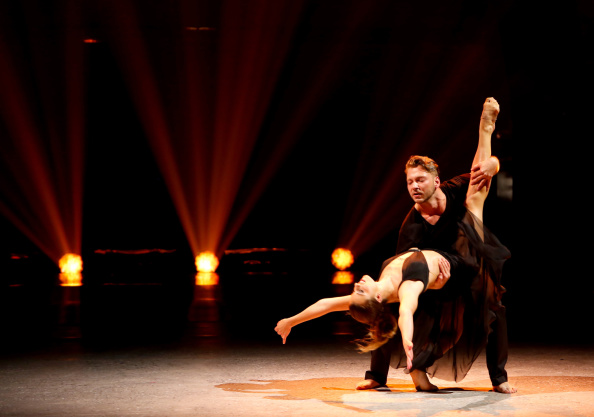 Dancer and choreographer Serge Onik, who rose to fame on So You Think You Can Dance, has died at the age of 33.

His rep, Jim Keith at the Movement Talent Agency, confirmed the news on Tuesday, saying: ‘He was an amazing dancer with a huge heart and he touched the lives of everyone who met him.

‘He will be truly missed. This is a sad day for us at the agency and for the dance community as a whole.’

No cause of death has been revealed.

Onik was best known for competing on season 11 of So You Think You Can Dance, which aired in 2014 on Fox.

The trained ballroom dancer, whose specialty was Latin ballroom, made it to the top 20 of the Cat Deeley-fronted show, but was eliminated in week four.

In the same year, Onik worked as a choreographer on Dancing With The Stars, where he worked closely with Meryl Davis and Maks Chmerkovskiy.

He went on to perform on Marvel’s Agent Carter, Fox series Bones and comedy Jane The Virgin, and appeared alongside Kirstie Alley in her 100 Days of Dance web campaign.

Most recently, Onik made a brief appearance in the Lin-Manuel Miranda movie In The Heights, which he called an ‘honour’.

He said: ‘I mean it’s for literally 2 seconds but I’ve never been more honoured to be part of a project.

‘It’s such a privilege to be part of a movie that represents the cultures and peoples and dance genre that basically raised me and I owe my whole everything to.’

Onik was born in Kharkiv, Ukraine, and moved with his family to the US at the age of three.

He began dancing aged nine, while participating in a Russian cultural programme that taught him the language, culture and dances of Russia.

Former Dancing With The Stars pro Elena Grinenko was among those paying tribute to Onik, sharing a picture of them to Instagram.

Grinenko, who was close with the dancer, wrote: ‘RIP @sergeonik We going to miss you 😪

‘I’m so sad that world lost such an amazing person like you.’

Tributes were also left on Onik’s final Instagram post, shared on August 15, which showed him at the beach with friends.

Stephen ‘tWitch’ Boss commented: ‘Rest well King. Gone too soon and heaven has definitely gained one of the coolest and talented angels.’

Acting U.S. Attorney Audrey Strauss Says “We Would Welcome Prince Andrew Coming in to Talk With Us”

Jr NTR to do double Job