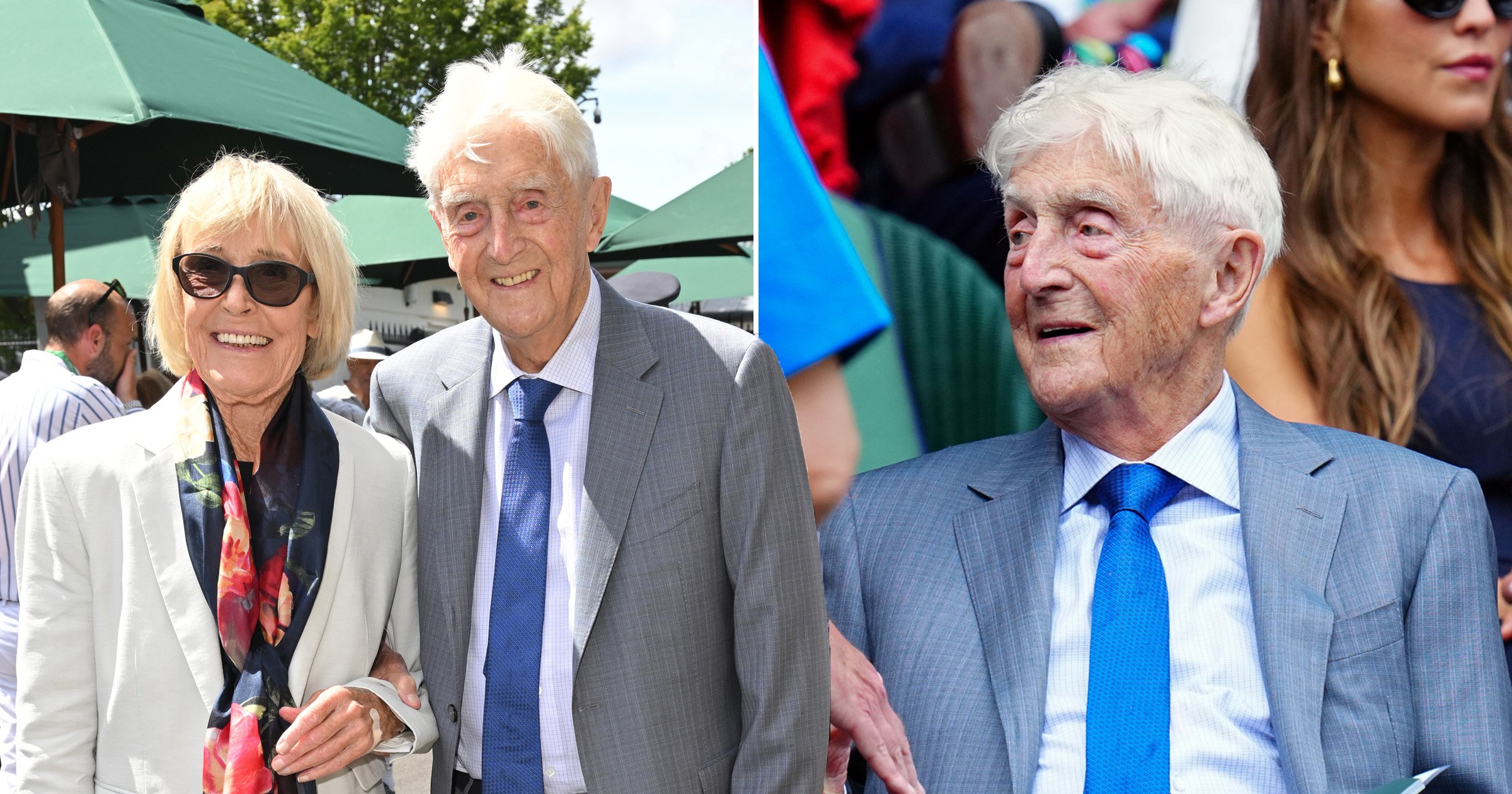 Sir Michael Parkinson has been spotted out and about at Wimbledon in what is a rare public appearance for the broadcasting legend.

The star seemed in good spirits as he headed out with Mary, his wife of 63 years, on Wednesday.

Looking dapper, Sir Michael, 87, donned a grey suit with a white shirt and blue tie, while Mary, 85, looked ready for the sun in a white blazer, floral scarf, and shades.

Both of them smiled as they posed for the camera, with Sir Michael also seen smiling as he took his seat in the stands and took in the atmosphere.

It was a totally star-studded day at Wimbledon, with David Beckham, Hugh Grant, and Gemma Chan all making an appearance.

Becks stole the show, beaming alongside his mum Sandra Georgina West as they avidly watched the matches from the Royal Box on Centre Court, which saw Nick Kyrgios and Rafael Nadal among the players.

Fellow sporting legends Laura Kenny and her husband Jason Kenny also took their seats in the Royal Box in front of the Beckhams to watch the action-packed quarter-finals.

Meanwhile, Prince William was also seen enjoying the day – although viewers were left convinced he dropped some not-so-family-friendly language when he got frustrated at one point.

In a special documentary, viewers were treated to clips from Sir Michael’s career, including chats with Billy Connolly, Muhammad Ali and Lauren Bacall as he looked back on all of the famous names he had interviewed through the years.

Despite the occasional gaffe, viewers were largely loving seeing Parky back on screens and called for him to once again have his own show.