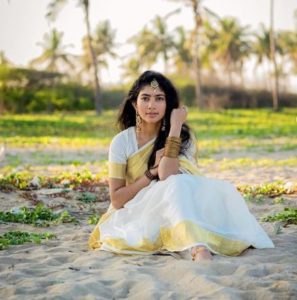 It is known news that Akkineni Naga Chaitanya has joined hands with Sekhar Kammula for an upcoming untitled project which will go on the floor very soon. Sai Pallavi is on the board to play the female lead in this film which has a story of Telangana Backdrop. The sources close to the film makers revealed that upcoming film starring Naga Chaitanya and Sai Pallavi, is a period film with Telangana backdrop and it will deal with sensitive subjects like caste discrimination and s*xual exploitation. It means, Sai Pallavi will be seen fighting against S*xual exploitation.

Both the lead pair, Naga Chaitanya and Sai Pallavi will be speaking Telangana accent in this upcoming periodic drama. Sekhar Kammula is one who introduced Sai Pallavi in Tollywood with his directorial venture Fidaa in which she shared the screen space with Varun Tej and the movie was decent hit at the box office. Now Sai Pallavi will be seen in a movie based on caste discrimination and s*xual exploitation.

On the other-side, Naga Chaitanya is currently shooting for his next upcoming multistarrer Venky Mama, which also has Venkatesh Daggubati in lead role. Sai Pallavi is playing the female lead in Ran Daggubati starrer Virata Parvam.

Hulu Picked Up ‘The Great’ Season 2, So The Royal Hijinks Will Continue