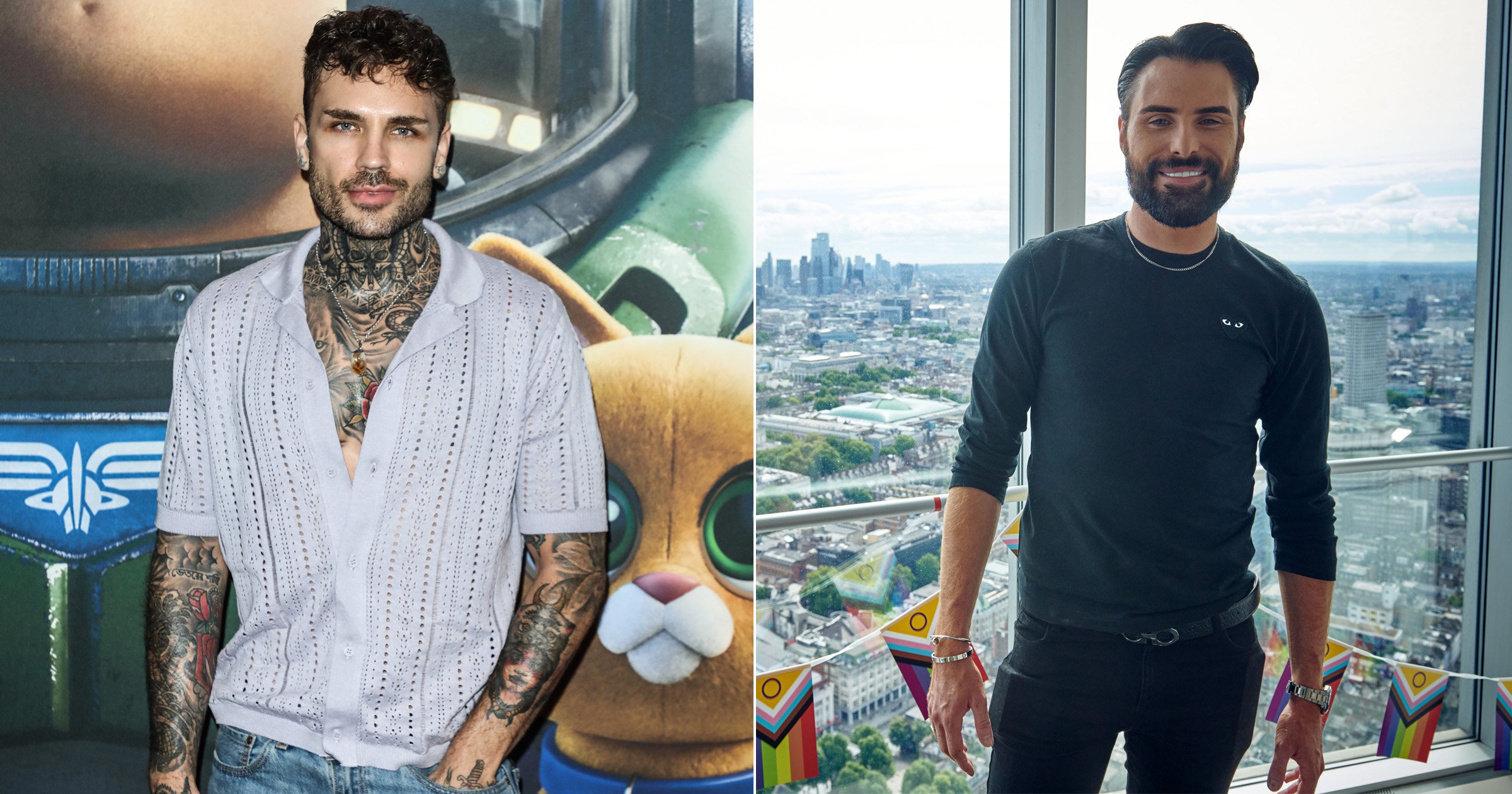 Rylan Clark shared a kiss with Ex On The Beach star Declan Doyle during an evening out together, following his split from his husband Dan Neal.

The presenter, 33, looked to be having a blast during an outing in London, as he and Declan, 32, flirted outside a restaurant in Marylebone.

The pair, who both rocked casual looks for the night in pictures obtained by The Sun, happily chatted away as people sat on picnic benches nearby.

A source told the outlet: ‘Rylan and Declan seemed to be getting very close outside the restaurant in Marylebone. You could definitely tell that there was a romantic spark.

‘It looked as if they were on a date. They shared intimate kisses and cuddles outside the restaurant. The kisses looked very passionate and they left holding hands.’

Declan previously dated Geordie Shore star Nathan Henry, and appeared on Celebrity Ex On The Beach. However, the pair split in April this year.

Rylan split from Dan, his husband of six years, last year, and took four months out of the spotlight for his mental health.

He’s since opened up about his mental health, saying he became ‘dangerously thin’ and ‘ill’ after the split.

‘I don’t just disappear for four months — that doesn’t just happen,’ he told The Sun.

He vowed to get healthy again and said his mental health is much better after he focused on a new health and fitness regime, with the star describing exercise as a ‘therapy’.

The star explained that he has gained some weight and is feeling much healthier for it.

Metro.co.uk has contacted reps for Rylan Clark and Declan Doyle for comment.

‘Sport’s greed, hypocrisy and hogwash have most fans reaching for the mouthwash’

Cotton production estimated to be lower at 360 lakh bales