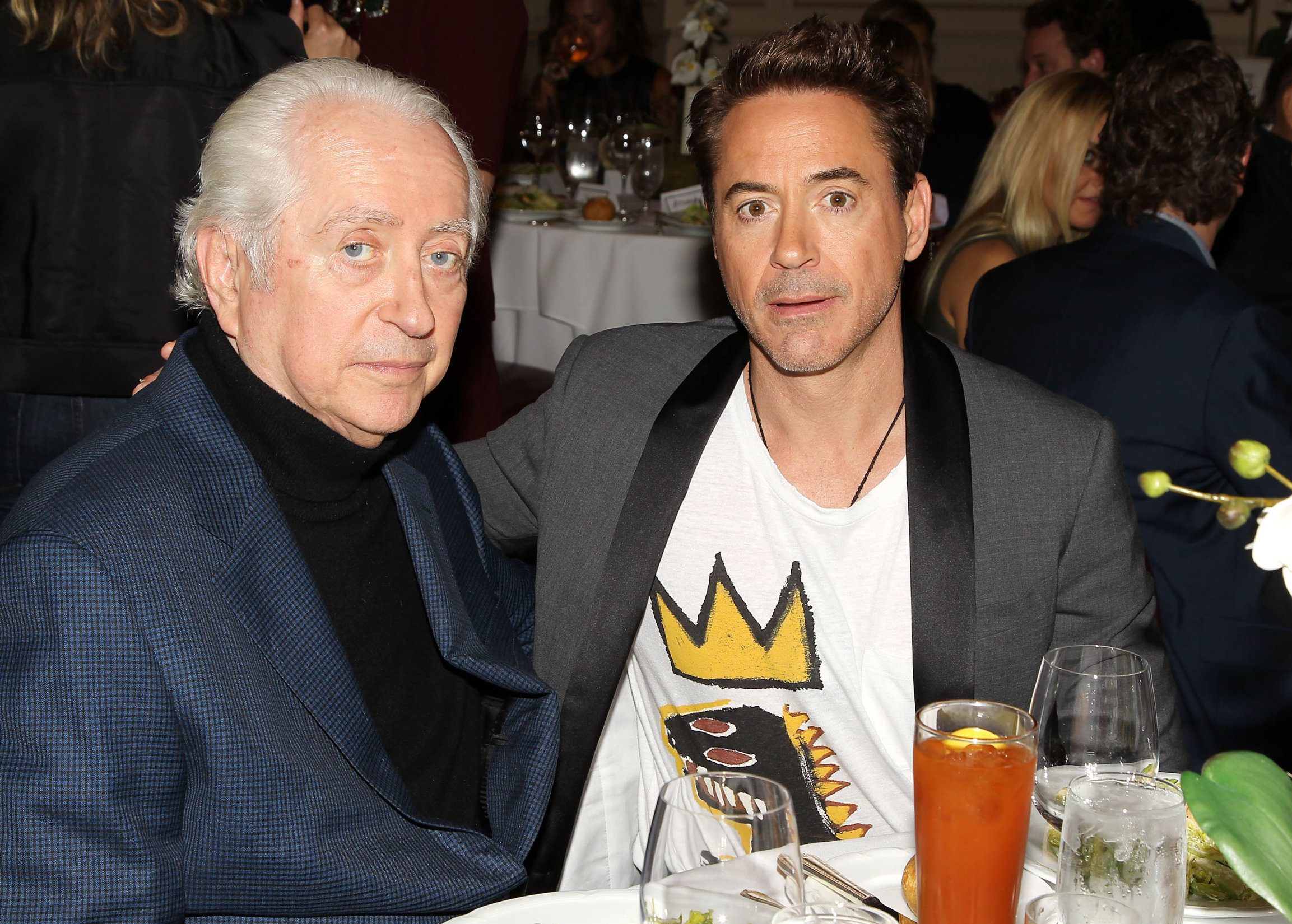 The filmmaker died in his sleep on Wednesday morning at home in New York, having battled Parkinson’s Disease for the last few years of his life.

His death was announced by his third wife Rosemary Rogers.

The Iron Man star shared a heartfelt message about Downey Sr., his namesake, describing him as a ‘maverick’ filmmaker.

Downey Jr said on Instagram: ‘RIP Bob D. Sr. 1936-2021…Last night, dad passed peacefully in his sleep after years of enduring the ravages of Parkinson’s ..he was a true maverick filmmaker, and remained remarkably optimistic throughout..

‘According to my stepmoms calculations, they were happily married for just over 2000 years.

‘Rosemary Rogers-Downey, you are a saint, and our thoughts and prayers are with you.’

Downey Sr. was a noted actor whose credits include Tales of the City, To Live and Die in L.A., Boogie Nights and more recently the comedy Tower Heist in 2011, alongside Ben Stiller and Eddie Murphy. Downey Sr also appeared as himself in Saturday Night Live in 2015.

Meanwhile his directing credits include The Twilight Zone, No More Excuses and Too Much Sun.

The director was married three times, first to the Marvel star’s mother Elsie Anne Downey who he also shared daughter Allyson with. They split in 1975.

He went on to marry Laura Ernst until her death in 1994 and then author Rogers in 1998.

In 2001 he gave an interview to The New York Post amid his son’s well publicised issues with drugs, saying he had ‘a lot of hope’ he could overcome them.

‘If he can stay focused and beat this, he can help himself and a lot of other people through his example,’ Downey Sr said.