Robert De Niro, who turns 79 today, has been hailed as one of the greatest actors of his generation but in 1987 sparked a secret feud with his co-star. More than 30 years later, Mickey Rourke revealed the details of their feud which had spanned for decades and claimed it had even prevented him from getting film roles.

However, he did not truly rise to fame until the Seventies when he gained a reputation with his typecasting as a ‘tough guy’.

By 1987, as he was set to star alongside boxer-turned-actor Mickey Rourke in Angel Heart, De Niro was an international celebrity.

Their dispute began here, on-set, but remained relatively obscure for decades, with very few people even aware it had happened at all.

However, Rourke resurfaced the drama more publicly in 2019 when he was interviewed on an Italian chat show. 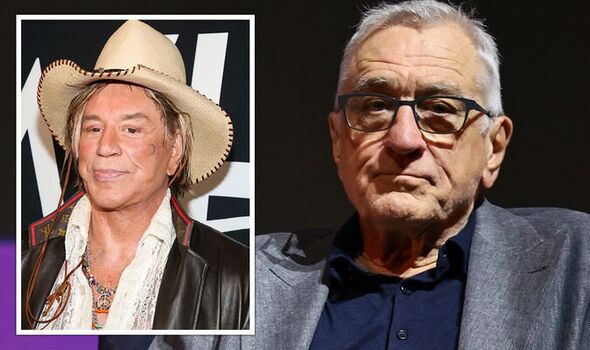 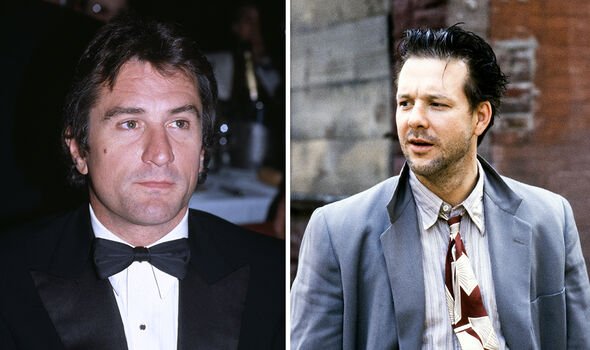 Speaking about his relationship with De Niro on the set of Angel Heart, Rourke said he “took him [De Niro] to school” in a way that “no other actor” did before.

Rourke didn’t elaborate on the mysterious circumstances of the “schooling” that sparked the scandal, but did note that De Niro refused to talk to him on-set after it.

De Niro is notorious for his method acting strategies, which is believed to have prompted his silence towards Rourke due to their character’s relationship in the film.

The silence “hurt my [Rourke’s] feelings”, as the actor was still relatively unknown and looked up to his award-winning colleague.

The incident made Rourke declare: “I don’t look up to him no more; I look through him.” 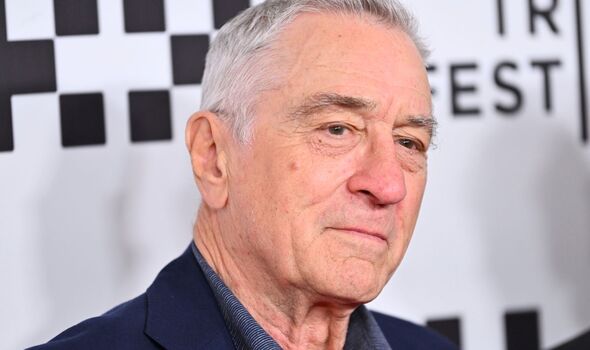 He angrily ranted that De Niro did not know what it was like to rise from nothingness to fame like he had.

He exclaimed in the interview: “So every time I look him in the face, I look right through his a*****e.”

This interview brought the feud back to media attention and Rourke continued to explain their disagreements in subsequent features.

Speaking with Andy Lee in 2020, he explained that the start of the dispute was simply a clashing of personalities as he believed De Niro “wanted me to bend down and kiss his ass, so he met the wrong guy”.

Rourke has been known for his antics in interviews, having previously said he has no respect for Tom Cruise and his role in reviving the Top Gun series.

He told Piers Morgan: “That doesn’t mean s**t to me. The guy’s been doing the same part for 35 years, I got no respect for that.”

Angel Heart is still the only film De Niro and Rourke have worked on together, and the latter claimed this is because De Niro barred his casting on The Irishman.

Rourke claimed the director, Martin Scorses, wanted him in the film but De Niro’s refusal to work with him changed the outcome. 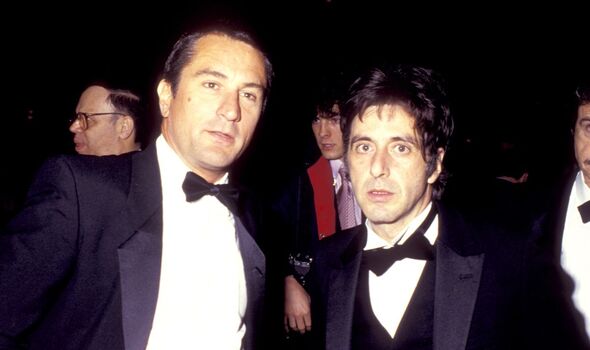 However, The Irishman producers shared in a statement through De Niro’s representative that Rourke had never been “thought of, discussed or considered” for the film.

In 2020, Rourke took to Instagram to publicly denounce De Niro, writing: “Hey Robert De Niro, that’s right I am talking to you, you big f***ing crybaby.”

The post was in response to Rourke claiming he had read that De Niro had called him “a liar” in a newspaper interview — although which interview he was referring to was not revealed.

Rourke disputed this, and said: “Let me tell you something, you punk a**, when I see you I swear to God on my Grandmother, on my brother and all my dogs, I gonna embarrass you severely 100 percent.”

He signed the post: “Mickey Rourke ‘as God is my witness.”