Everybody is talking about Regé-Jean Page from Netflix’s Bridgerton. Page plays the role of Simon Basset, The Duke of Hastings and the love interest of Daphne Bridgerton (played by Phoebe Dynevor). Viewers have fallen in love with the Duke and Page himself and fans want to know more. How tall is Bridgerton star Regé-Jean Page?

Regé-Jean Page is a Zimbabwean and English actor from London.

Fans have swooned over Page, so much so, there are even social media fan accounts dedicated to him and a certain spoon from the series.

He stands at approximately 5ft and 11in (1.8m) tall according to PopBuzz.

Page is significantly taller than his female co-star Phoebe Dynevor, who is 5ft 5 (1.6m) in tall. 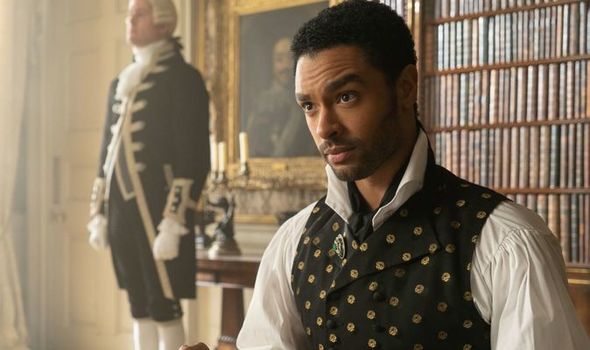 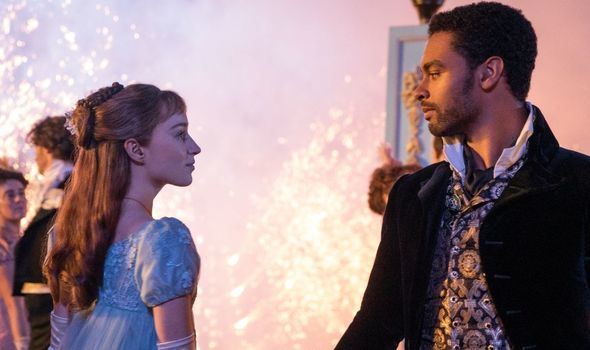 Who is Regé-Jean Page?

Regé-Jean Page is an up-and-coming actor from London.

He grew up in Harare, Zimbabwe with his three siblings. Page’s mother was a nurse from Zimbabwe and his father an English preacher.

When Page was 14-year-old, he and his family moved back to London, where he began pursuing acting as a hobby before joining the National Youth Theatre.

He then studied acting at the Drama Centre London, graduating in 2013. 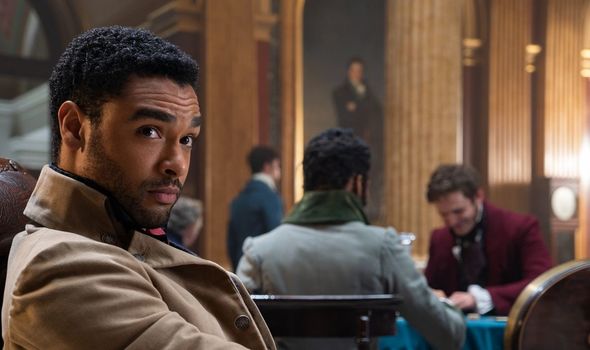 As a teenager, he was part of a punk rock band with his younger brother and even sported purple hair.

Speaking to Square Mile in 2020, Page reflected: “What else are you going to do as a teenager?

“You’re going to scream at people one way or another. You might as well do it in a productive way. Was my logic.”

Page began his career on stage, appearing in productions of The History Boys and The Merchant of Venice.

DON’T MISS…
Why did Daphne call the Duke a ‘rake’? Meaning behind insult explained [EXPLAINER]
Shonda Rhimes husband: Is Grey’s Anatomy’s Shonda Rhimes married? [DETAILS]
How many seasons of Bridgerton will there be? Showrunner speaks out [SHOW INFO] 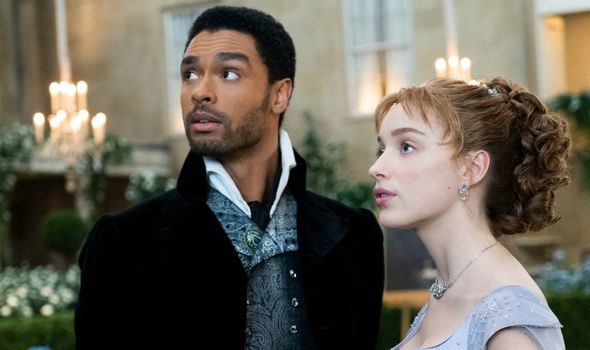 In 2015, he landed the role of Guy Braxton in Waterloo Road, the same series his Bridgerton co-star Dynevor appeared in.

Page is best known for his role as Chicken George in the 2016 miniseries Roots.

In Roots, he starred alongside Malachi Kirby, Nokuthula Ledwaba and Emayatzy Corinealdi.

In 2016, he landed the role of Leonard Knox in the Shondaland series, For the People.

He would later work with Shondaland creator, Shonda Rhimes on Bridgerton in 2020.

Page’s other credits include Fresh Meat, Casualty and Spark.

In 2018, he starred in the post-apocalyptic film Mortal Engines as Captain Khora alongside Robert Sheehan and Hugo Weaving.

Most recently, he played the role of Chico in the 2020 film Sylvie’s Love.

Speaking to iNews about taking on the role of Simon Basset in Bridgerton, Page said: “It’s a huge compliment to know that people trust me with characters that they want an audience to fall in love with.”

Page went on to say: “But that person on screen isn’t me.”

He added: “Characters are a lot more interesting when they’re under pressure.

“That’s where the drama is. One of the most exciting things about Simon is that his most difficult moments aren’t necessarily in big, showy blow-ups.”

Bridgerton is streaming on Netflix now

Finding the key to survival