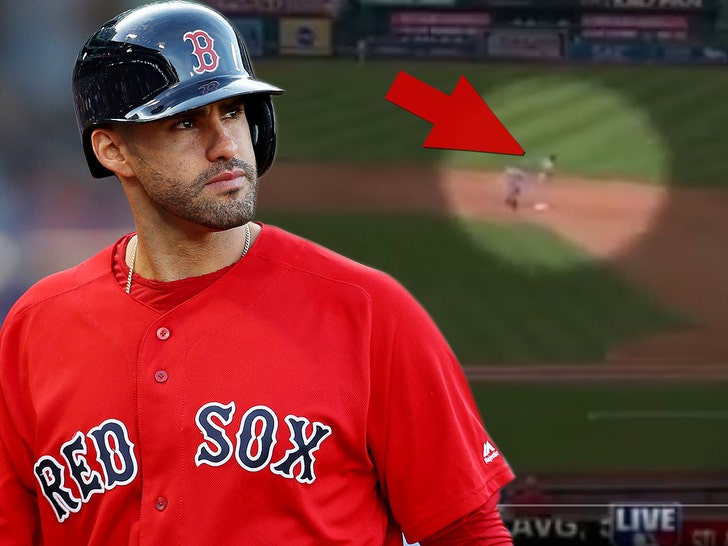 The Red Sox will be without one of their best players in their do-or-die game against the Yankees on Tuesday … and it’s all ’cause the dude tripped over 2nd base last weekend.

J.D. Martinez rolled his ankle over the bag while heading to the outfield in Boston’s game against Washington on Sunday … and video revealed it was a complete, freak accident.

Ballpark cameras showed as Martinez was on his way to right field, his left foot caught the base — causing his lower leg to bend awkwardly.

The injury didn’t seem too terrible at the time … but the team announced Tuesday morning it’s apparently is so bad, Martinez will not play in the big American League Wild Card Game against NY.

Of course, it’s a huge deal for the Sox … Martinez has been perhaps the team’s best player this year — batting .286 with 28 home runs and 99 RBI.

With Boston going up against Gerrit Cole — it’s certainly going to miss all of that.

With Martinez out, the Sox are now expected to roll with an outfield featuring Kike Hernandez, Hunter Renfroe and Alex Verdugo, with Kyle Schwarber at designated hitter.

Laura Dern in Oscar de la Renta at the 2021 Oscars: one of the worst looks?

Who Are Steel Serpent & Typhoid Mary In ‘Iron Fist’? The Marvel Comic Villains Have Arrived

UPSC Civil Services: Dilemma of having a plan B is real, aspirants say

Matthew Morrison on why a ‘Glee’ revival is ‘not happening’