Isn’t it hard to imagine a modak made out of potato?

That’s the exact sentiment shared by Chef Vidhya Gawas‘s family and friends after she told them about her Aloo Halwa Modak.

“I wanted to amplify the humble potato and make it a star in a sweet dish,” she explains.

“In Goa there is a dessert made with sweet potatoes called Kangyacheo Nevryo. I replaced the stuffing (for the modaks) with potatoes instead of the sweet potatoes.”

During Ganesh Puja season, Vidhya makes this recipe at home along with traditional modaks.

Vidhya’s strength is her pacca Goan cooking that she learned in her mom’s old-style kitchen. Editor’s Note: If on a diabetic diet, substitute sugar with a little jaggery or stevia and use oil instead of ghee. And instead of potatoes use pumpkin. Each brand of stevia has its own stevia for sugar substitution ratio provided on its packing.

For a vegan version, use cashew butter instead of ghee.

Pumpkin can be used for a Jain adaptation of these modaks. 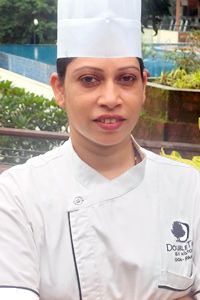 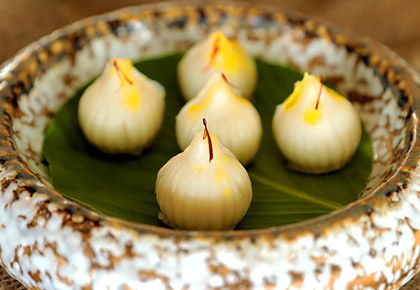 Vidhya Gawas is the sous chef at DoubleTree by Hilton Goa, Panaji.