After spending one “Year of Love” going on 50-odd dates, followed by a “Year of Health” in which she lost nearly 80 pounds, Rebel Wilson says she’s “now happily in a relationship,” thanks to a mutual friend. The “Senior Year” star recently stopped by Jared Freid and Jordana Abraham’s “U Up?” podcast, where she dished on the long and prolific dating path that preceded her finding her new guy (whom she didn’t name). She explained that she didn’t date much until after her career-focused 20s. Then, in 2019, the actress decided to embark on a “Year of Love,” she said, according to Entertainment Tonight. “I think I went out with about 50 people in that one year, but some of them were just one date and then you think, ‘Oh, no.’ … I deliberately wanted to push myself to date a bunch of people and gain that experience …,” Rebel explained. “For a woman my age – at that point I was 39 – I really wanted a relationship, but I had only had a few small relationships, so I had to just get more practice in dating.” In 2020, she turned her attention to her health, then dated Anheuser-Busch heir Jacob Busch, before the relationship fizzled in 2021. Rebel said she also tried dating apps but found she couldn’t necessarily trust the people she met online. (In fact, she claimed the FBI got involved after she correctly suspected something was amiss with one potential suitor.) Finally, a friend set up the “Pitch Perfect” star with someone he’s known for years — and so far, so good. “I am now happily in a relationship,” she told the podcast hosts. “I think that escalates things quicker, meeting someone from a trusted source. I can trust that they are who they say they are, which is something that you don’t really know on the apps.”

RELATED: See which stars have gotten engaged in 2022

Selma Blair recalls getting drunk at age 7, past sexual abuse in new memoir

In her forthcoming memoir, “Mean Baby,” Selma Blair shares new insights about her decades-long struggle with alcohol addiction, revealing that she first got drunk at age 7 and writing candidly about the sexual abuse that made the feeling appeal to her for many years to come. “My first (time) drunk (was) when I was 7. I had my first drinks much younger,” the “Cruel Intentions” star, 49, said in an interview on “Today” on Wednesday, May 11. Her heavy drinking ensued through her school years and college, she said. “It was hard. I don’t know. But maybe it was easier. Maybe I never would have survived without a drink.” The book, out May 17, also delves into Selma’s battle with multiple sclerosis (MS), including the chemotherapy andstem cell transplant she underwent starting in 2018. Though she wasn’t diagnosed until adulthood, Selma said on “Today” that she now sees the health problems and pain when she had when she was younger “were so indicative of MS,” adding, “I do know for sure I had it by the age of 23. It was definitely there for so long.” Despite her blossoming film career in the late ’90s, Selma writes that she maintained “the desire to drink as much as I could, as often as I could … for more than 20 years,” in part, as a way “to forget” experiences like being raped, which she says happened multiple times, including by a high school administrator. “You bury it. You really do. It’s a big deal to have these things happen and hold that shame in your cells,” she said on “Today.” Now sober since 2016 — she quit after passing out on a plane while traveling with her young son — the actress is also in a better place, physically, as her MS is in remission.

RELATED: Brad Pitt opens up about going to therapy, plus more stars who’ve been honest about seeking professional help

Selena Gomez has said repeatedly she mostly avoids social media and has her team handle her passwords and posts to protect her mental health. She’s also asked fans to stop pitting her against Hailey Bieber, who’s now married to her ex, Justin Bieber. Hailey’s done the same over the years. Unfortunately, none of that stopped TikTok users from claiming a video on Selena’s page this week was intended to shade Hailey. According to screenshots captured by a fan account and published by E!, Selena shared a clip about her personal skincare routine on Tuesday, May 10. Hailey, it seems, had posted a handful of skincare videos on TikTok earlier that day. Even though Selena has her Rare Beauty line to promote and Hailey’s launching a skincare line, Rhode, in June 2022, some TikTok users jumped on Selena’s post. “LOL I know who she’s referring to,” one person claimed, according to E! News. Asked another: “Wait…is she trynna make fun of you know who.” Others, meanwhile, assured the singer she’d done nothing wrong. In the end, Selena shut down the negativity with a confused but polite apology for whatever sparked the comments. “This is why I believe in taking care of your mental health. Guys no idea what I did but I really am sorry,” she wrote, according to the outlet’s report. “Zero bad intention. Deleting soon.” As Selena said in the January 2022 edition of InStyle, “Taking a break from social media was the best decision that I’ve ever made for my mental health,” she told InStyle in January. “I created a system where I still don’t have my passwords. And the unnecessary hate and comparisons went away once I put my phone down.”

Celebrity chef Mario Batali was found not guilty of indecent assault and battery on Tuesday, May 10, in the wake of sexual misconduct allegations stemming from an alleged incident in a Boston bar in 2017. The former host of ABC’s “The Chew,” 61, never testified during the trial, which focused on claims made by the chef’s accuser, Natali Tene, 32, according to a New York Times report. Natali reportedly claimed the chef forcibly kissed and groped her late at night at the bar. In his ruling, Judge James Stanton said he found Natali “has significant credibility issues,” after the chef’s attorney, Tony Fuller, claimed in closing arguments that Natali “lied for fun and she lied for money” about the alleged incident, the Times reported. Kevin Hayden, the Suffolk County district attorney, said in a statement after the trial: “When the individual who committed such an abhorrent act is in a position of power or celebrity, the decision to report an assault can become all the more challenging and intimidating.”

Amy Schumer’s ready to embrace her body and “be healthy” after undergoing multiple recent surgeries, including liposuction and a hysterectomy. On Wednesday, May 11, the comic shared a selfie from what looks like her home gym that showed the “Trainwreck” star in a black corset, strappy black heels and a pair of black shades. “C section. Hysterectomy. Lipo. This summer is about letting the love in,” Amy, 40, wrote in the caption. “Trying to be healthy and strong for myself and my family. I want to feel hot too. In my prime. Let’s go. Who’s with me?” The answer is apparently lots of folks, including Michelle Pfeiffer, Olivia Culpo, Lisa Rinna and Debra Messing, all of whom shared their support in the comments. As As Amy told Hoda Kotb in January on the “Today” anchor’s “Making Space” podcast, she suffered from severe body image issues after undergoing a difficult pregnancy, followed by a C-section when she had her son, Gene, now 2. And while she knows the ability to have surgery like that is “a privilege thing,” she also wanted to be upfront about how she lost weight. “I wanted to share it with people, just because I can’t lie about myself,” she said at the time. “I just can’t do it. I can’t be like, ‘Yeah, crunches. And I’ve just been eating smoked salmon,’ you know? So I had to be real.” Amy’s also spoken publicly about her endometriosis pain, which led her to have both her uterus and her appendix removed in the fall of 2021. 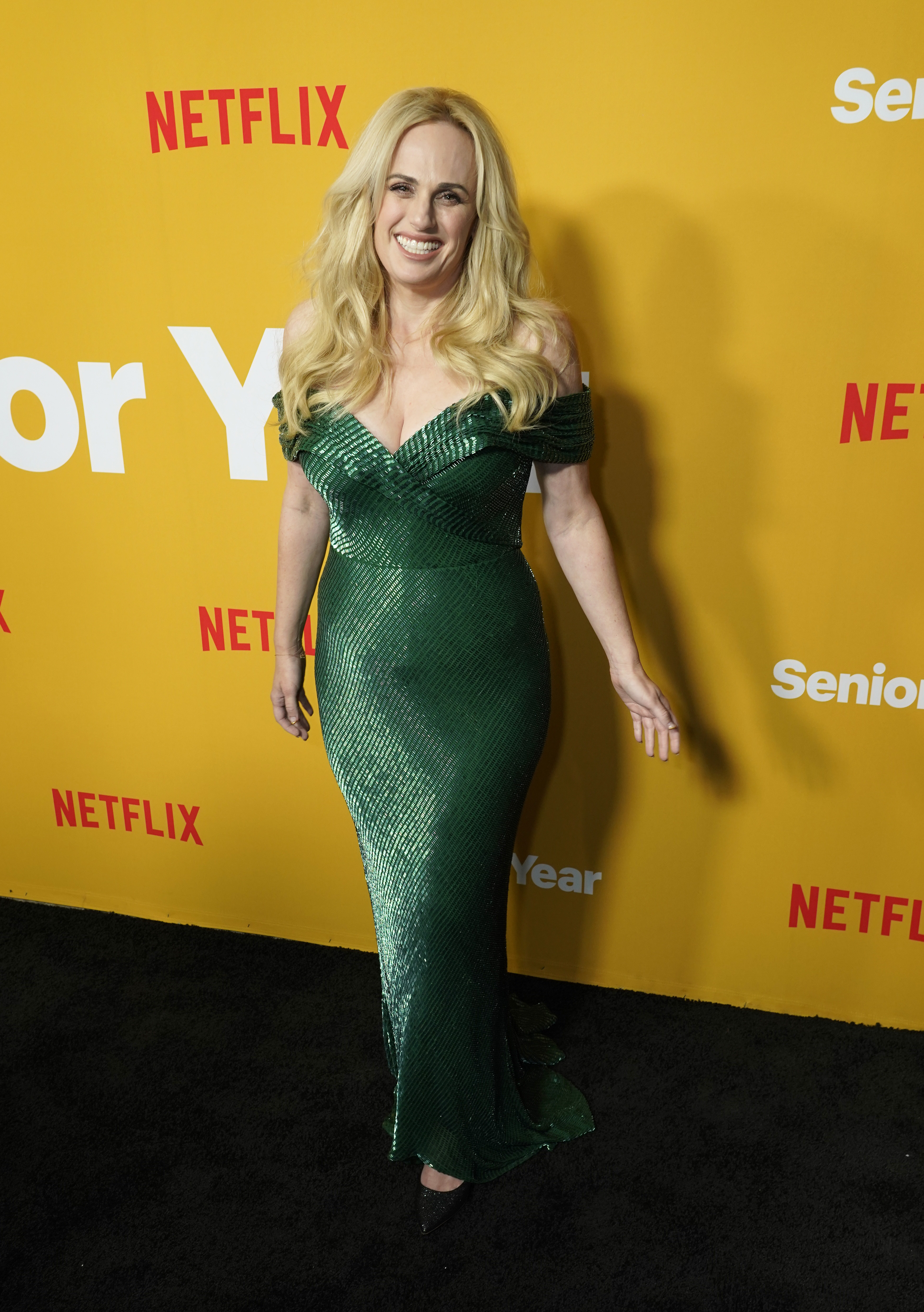 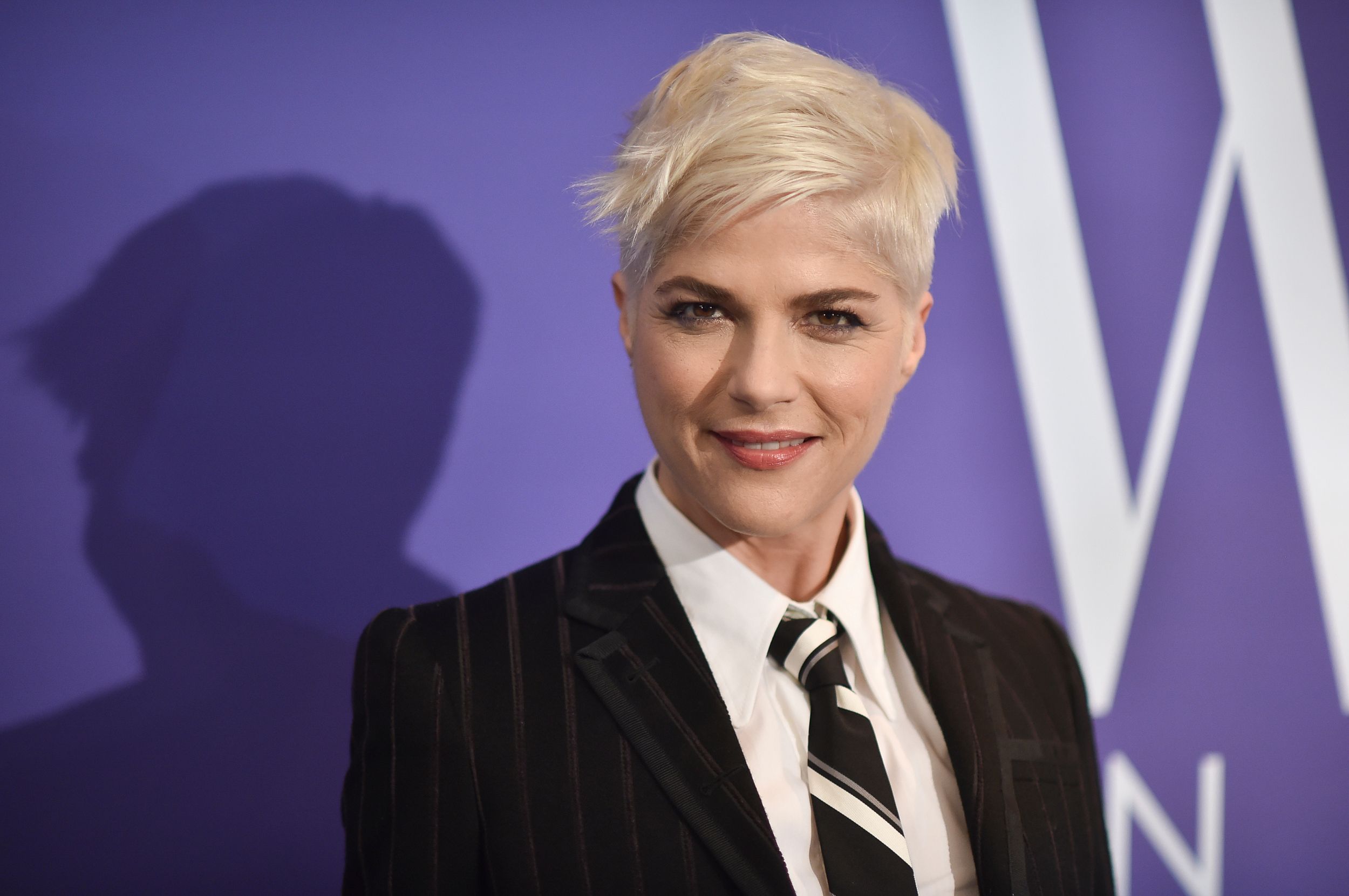 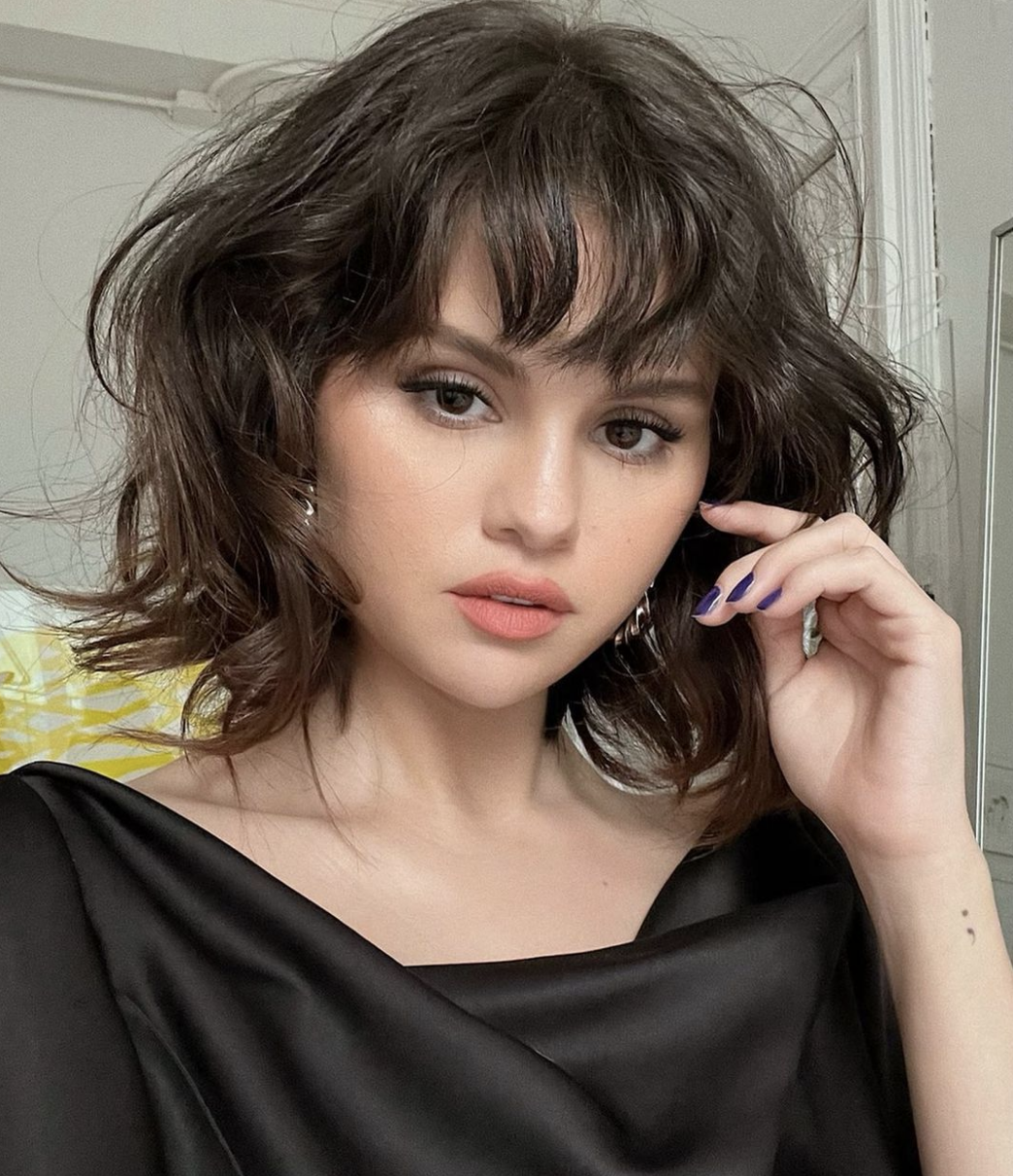 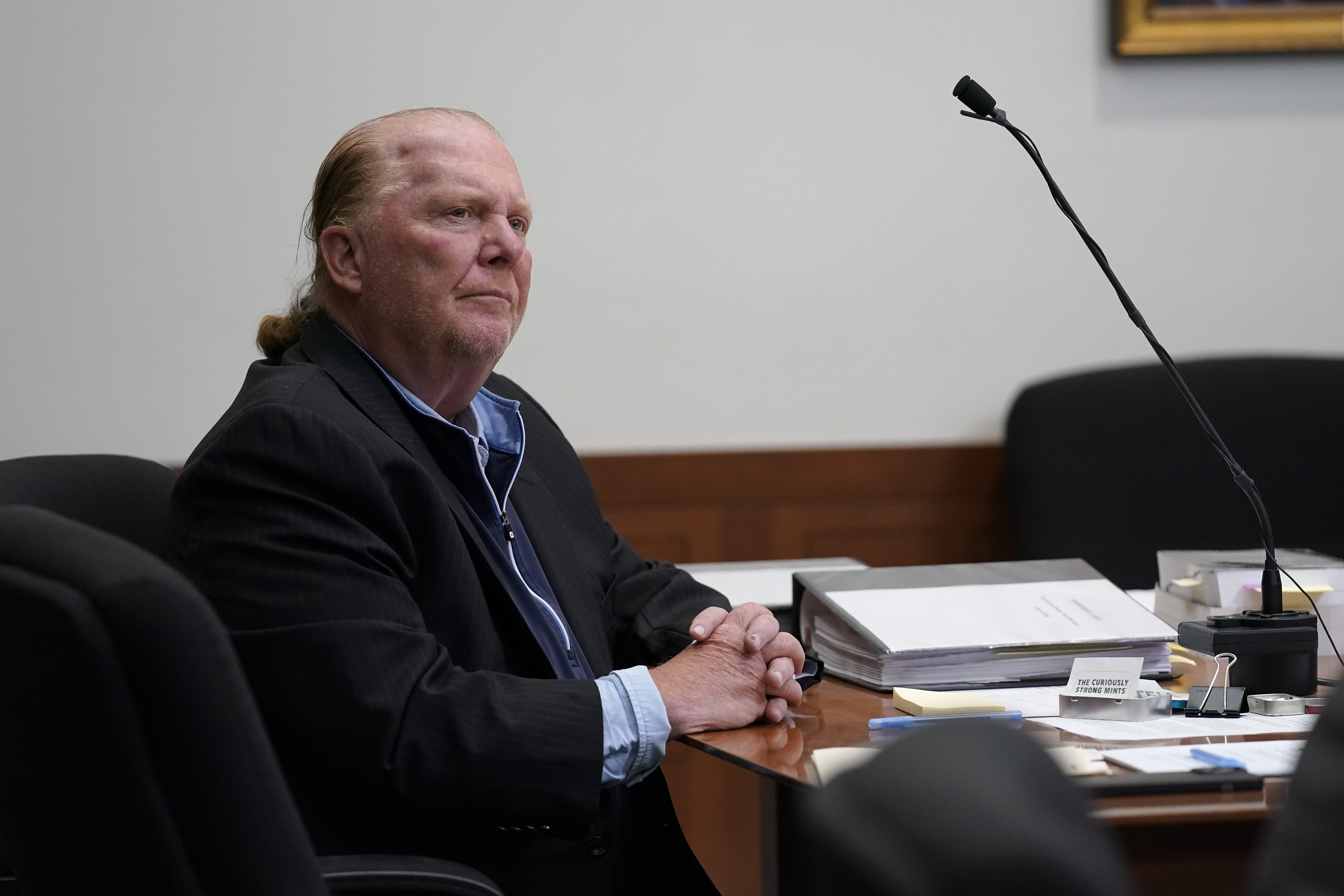 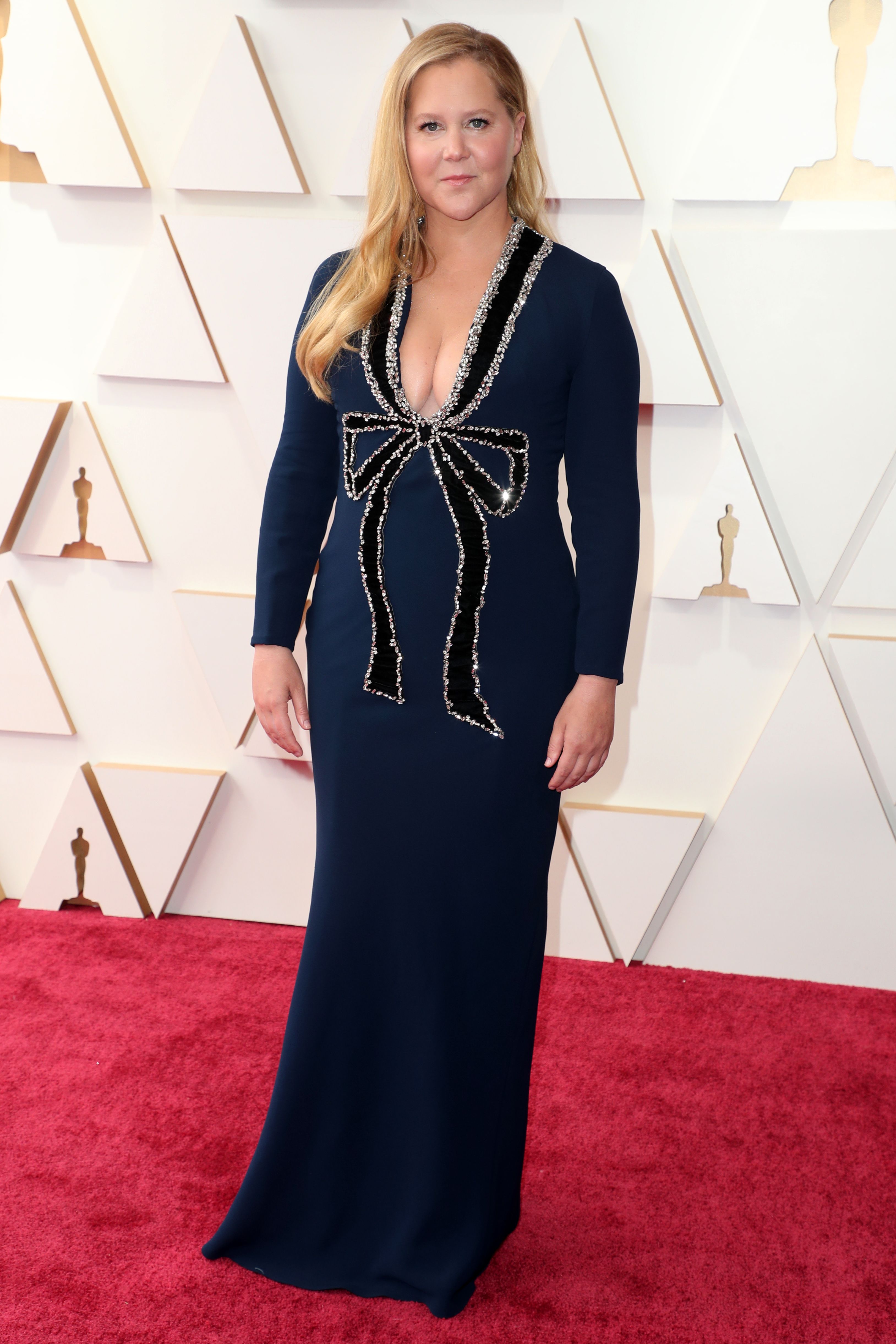 Man injured in shoot-out in Vijayapura