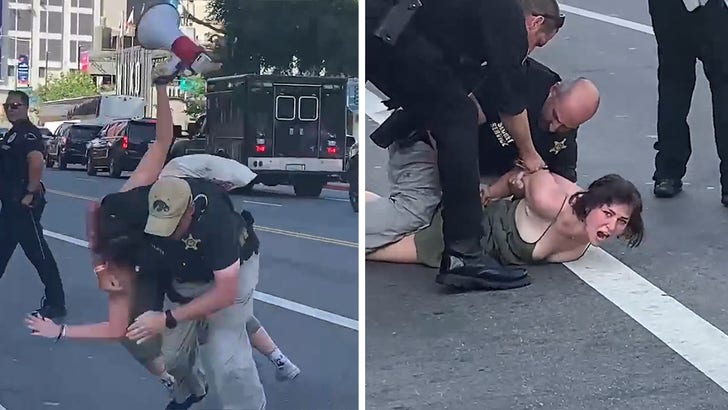 A woman armed with a bullhorn got dangerously close to President Biden‘s motorcade until cops and Secret Service agents took her down … HARD!!!

The protester marched right into the closed L.A. street Wednesday as POTUS was arriving at the Summit of the Americas. She managed to scream at the fleet of passing vehicles for about 10 seconds before the violent takedown.

Law enforcement pulled off to the side of the street, and then slammed her to the ground … which stirred an uproar among some people observing from the sidewalk. You can also see a Secret Service agent swoop in, attempting to control the situation. 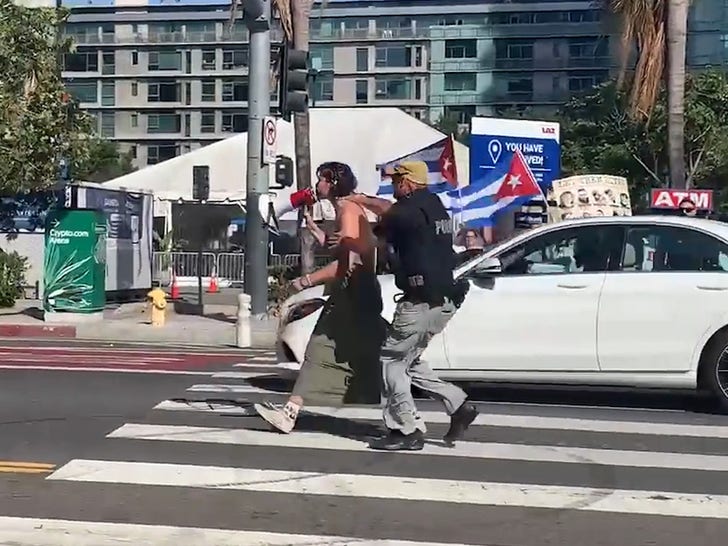 Unclear what she was shouting into her megaphone, but there were a group of protesters in the area, unhappy Cuba, Venezuela and Nicaragua were not invited to the summit.

The State Dept. says President Biden kept those countries off the guest list because they don’t have a shared respect for democracy. The Summit continues through Friday, so we could see more scenes like this.

TO-LET poster on public places could earn you penalty