The new Prince and Princess of Wales have arrived at Sandringham House to view tributes that had been left for the Queen following her death on 8 September.

SEE: The royal family put on a united front at the Queen’s procession – all the photos

It’s been an emotional week for the pair, who were close with Her Majesty, and they made the trip the day after her coffin was laid in state at Westminster Hall. William and Kate looked to be visibly moved as they viewed floral tributes, as well as other gifts, that had been left in the late monarch’s honour.

William and Kate travelled alone for this outing, but last week they had reunited with Prince Harry and Meghan Markle as they arrived at Windsor Castle.

The Prince of Wales extended the invite to his brother and wife to show a front of unity, and they arrived and left in the same car. 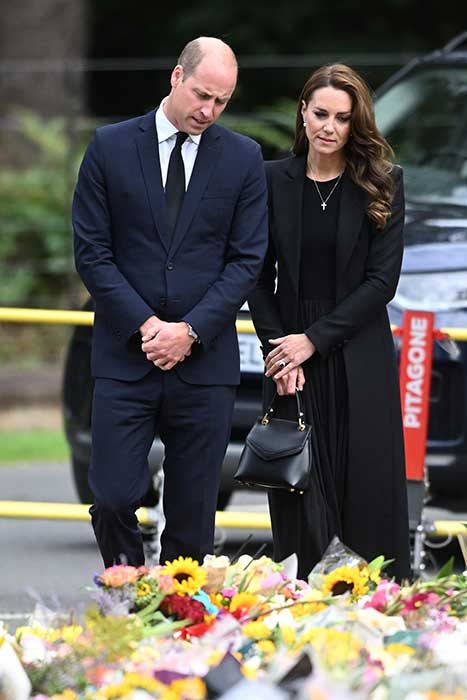 Crowds broke into applause seeing the royal couples together with William, Kate and Meghan shaking hands with members of the public. The Princess of Wales approached a crying child who stopped when she grew nearer.

Sandringham held a special place in the Queen’s heart, and she would often travel up to the Norfolk property in order to spend Christmas there, with members of the family also paying a visit.

The Weeknd Hints At Bella Hadid’s Bisexuality, Disses Drake In New Song ‘Lost In The Fire’

Radhika Apte chills in a bikini on a yacht, reveals her most obvious place to sit on a boat. See pic