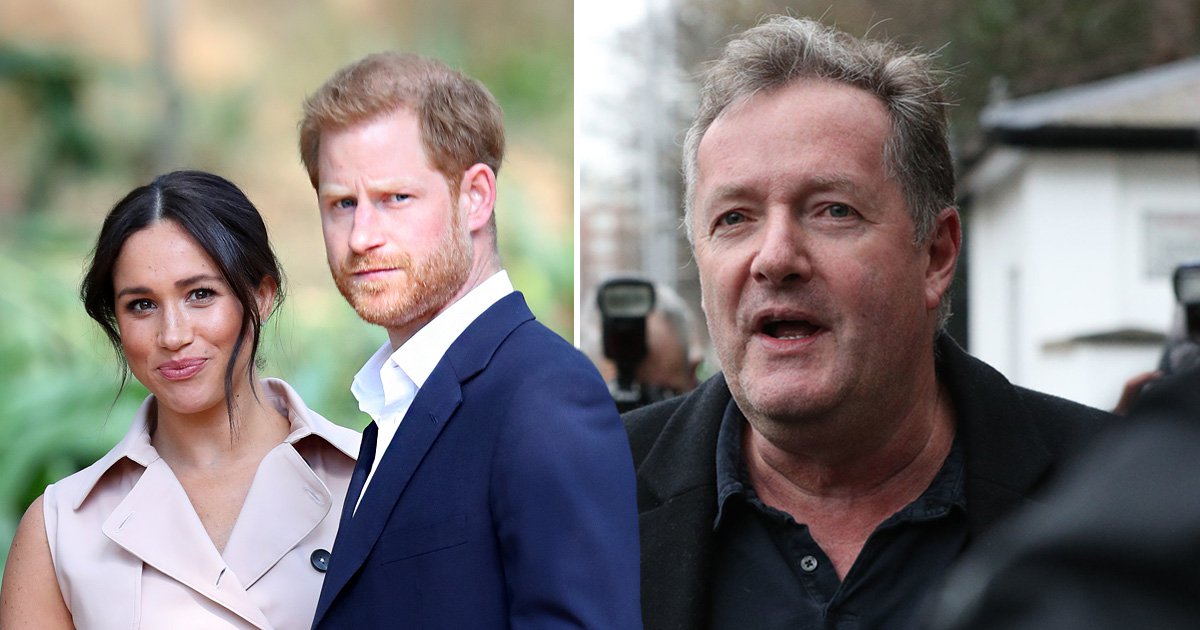 Piers Morgan has shared his perhaps unsurprising response to the news Prince Harry is penning a memoir, branding the announcement ‘pathetic’.

Yesterday it was confirmed the royal has signed a book deal which he promised would be an ‘accurate and wholly truthful’ account of his life.

The Duke of Sussex is said to have been secretly working on the book for almost a year, which is reported to be scheduled for release in 2022.

A vocal critic of both Harry and Meghan Markle, former Good Morning Britain host Piers was quick to share his thoughts on the announcement, in an alternate view to his former GMB co-host Susanna Reid.

He also responded to Royal editor Omid Scobie – author of Finding Freedom, which covered Meghan and Harry’s life together – who wrote on Twitter: ‘Prince Harry is ready to tell his story. @penguinrandom announced today that the Duke of Sussex will publish “an intimate and heartfelt memoir” in late 2022.

‘It will be “the definitive account of the experiences, adventures, losses, and life lessons that have helped shape him.”’

Piers was apparently incredulous as he shared alongside laughing emoji: ‘Ready to tell his story?

‘Take a little tip from the Queen: less is more. If you want to be a royal, a member of the Royal Family, less is more.

It comes after a statement from publisher Random House confirmed the royal’s memoir, with a tentative release date of 2022.

It read: ‘In an intimate and heartfelt memoir from one of the most fascinating and influential global figures of our time, Prince Harry will share, for the very first time, the definitive account of the experiences, adventures, losses, and life lessons that have helped shape him.

‘Covering his lifetime in the public eye from childhood to the present day, including his dedication to service, the military duty that twice took him to the frontlines of Afghanistan, and the joy he has found in being a husband and father, Prince Harry will offer an honest and captivating personal portrait, one that shows readers that behind everything they think they know lies an inspiring, courageous, and uplifting human story.’

Prince Harry said of the memoir: ‘I’m writing this not as the prince I was born but as the man I have become. I’ve worn many hats over the years, both literally and figuratively, and my hope is that in telling my story – the highs and lows, the mistakes, the lessons learned – I can help show that no matter where we come from, we have more in common than we think.

‘I’m deeply grateful for the opportunity to share what I’ve learned over the course of my life so far and excited for people to read a first-hand account of my life that’s accurate and wholly truthful.’

Taarak Mehta Ka Ooltah Chashmah: This is how Disha Vakani aka Dayaben will make her entry in Gokuldham society | Bollywood Life